Back in November a five year partnership was announced between Mozilla and Yahoo to switch the default search engine in the Firefox web browser over to the Yahoo search service. With the latest version of Firefox released, this switch has now taken place.

Accessing a new version of Firefox, you get the following message when visiting Google.com: 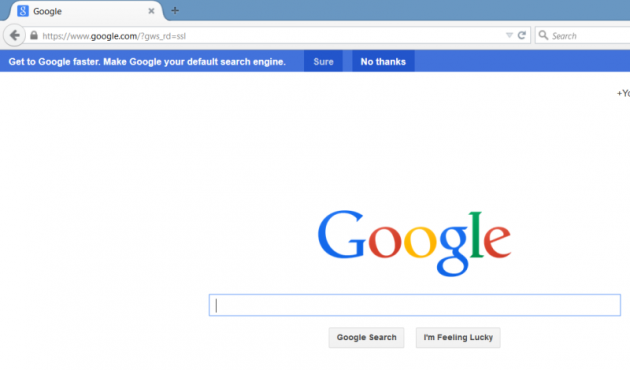 Clearly the default search engine has been picked up by Google and is prompting a message to encourage users to change the default back from Yahoo to their own search service.

The message: “Get to Google faster. Make Google your default search engine” is a clear indication with the option to say “Sure" or just “No thanks.”

The message has been modified from earlier requests when using other browsers which often ask: “Come here often? Make Google your home page” which is certainly a little more casual and less urgent than the new message.

This message occurs when accessing Google via Firefox using a Surface Pro, a Lenovo desktop machine, and also when using a Google companion service like Google Translate which doesn't miss an opportunity to offer to switch the user back to Google search again.

Other Platforms and Browsers A Mixed Bag

Firefox for the Mac escapes the change for now. Internet Explorer is treated a little differently as the focus there is getting users to switch browsers over to Chrome; a case of Google have multiple products and competing goals.

Google Goes On Twitter To Encourage Users To Switch

Google took to Twitter on January 21 to further encourage Firefox users to use Google. They stopped short of mentioning Yahoo by name though: 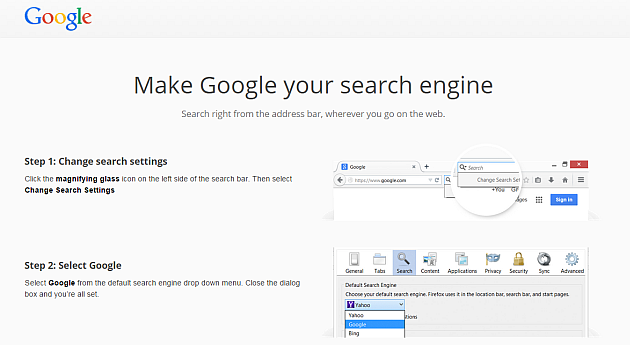 Google has dedicated pages for Internet Explorer users which encourage users to either change home page or switch search engines. These have been there for a while so this kind of gentle Google prompting isn't a new thing, but it is new for Firefox. And using Twitter to get the word out is more aggressive than usual. 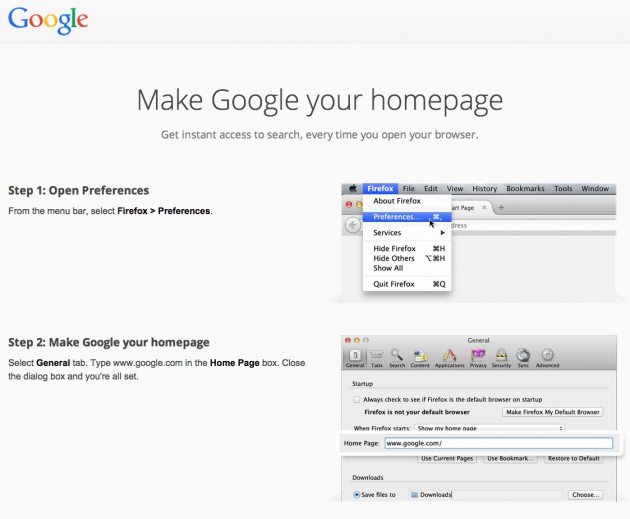 For Firefox it was about Money. WIth Yahoo It Was More About Gaining Market Share

The partnership between Yahoo and Firefox put more money into the coffers of Mozilla whose last similar deal with Google was back in 2011. On the flip side, the change can potentially annoy Firefox users who don't find it quite so easy to switch back and are irritated to have to try to figure out how. This could lead to some switching to Chrome out of the annoyance of it and cause some of the Yahoo search bump to be lost.

According to StatCounter, Firefox still retains a 16 percent share of the browser market but has been overtaken by Chrome. For Yahoo, this is a win win because so far they have seen a search traffic bump of 2 percent which should lead to a revenue increase from ad clicks. By contrast, Google will see a fall off in traffic and revenue from this change and have started to moved to staunch the bleeding.

The adjustment to Google web properties to prompt Firefox users to switch back to Google search will certainly help regain some of the lost ground, so it is unclear right now whether Yahoo will come out that much ahead overall for their money spent.