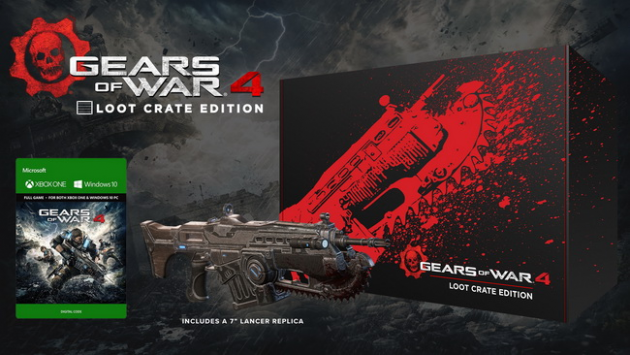 Apart from them, the best thing in this special edition is a 7'' Lancer replica, a hoodie, branded glassware and several other goodies. The package will cost about $130 (in the US market), while an alternative version of it will also be available, which will come with a smaller Lancer replica (4.5'') for $74.99.

Those who are interested can start pre-ordering Gears of War 4 Loot Crate Edition from here.