Game Review: Yakuza Kiwami is the Yakuza remake we've all been waiting for! [PS3, PS4] 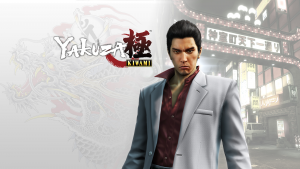 Yakuza Kiwami is the remake of the first Yakuza game that was released on PS2. 10 years later, Yakuza returns, rebuilt from scratch and, in addition to better graphics, has new activities and stories, improved combat system and a new recording. Let's dive again into the renewed underworld of Japan.

Yakuza puts you in the role of Kazuma Kiryu, a tough member of the Japanese mafia with steel punches and awesome combat skills, but with a warm heart and a sense of honor and justice. Something that everyone in the organization admires and respects, be it a simple pawn or one of its leaders.

Kiryu's pride is what drives him to prison to protect his close friend by taking responsibility for a murder he has never committed. Ten years after his imprisonment, he finds himself in a completely changed Tokyo where, in addition to new technology, he faces new developments in Yakuza. His friend, with whom he was close since a very young age and joined Yakuza together with, seems to have changed for the worst, taking a dark path, and the girl whom he had very good relationship with, is gone and Yakuza's families are in great distress. 10 billion yen have been stolen from the organization, and all evidence point to Haruka, a little girl Kiryu finds and decides to protect, as responsible for this theft. In addition to explaining the missing money, Haruka also promises to provide answers to the questions regarding the disappearance of Kiryu’s friends and the turmoil in Yakuza. 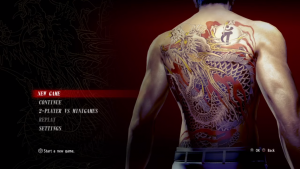 The search for answers leads Kiryu to the darkest secrets of Tokyo, where behind a bright shop window can hide a black market of guns and a seemingly abandoned metro station might have transformed into an illegal casino. Of course, such a place wouldn’t be complete without women who can offer services to anyone who has access there as well as money. Using his excellent knowledge of the martial arts, Kiryu has to fight all those who stand in the way of his journey until he discovers the truth about the Yakuza and the people in his circle. The story is excellent, full of ups and downs and surprises, keeping your interest until the end. As you progress to the game, you'll want to find out what's going on in the next chapter.

In Yakuza Kiwami you choose from four different battle styles and according to your preferences, use what you think fits you best. The battle styles are a)the Beast that focuses on slow but intense blows, b) the Rush that relies mainly on speed and on quick but weaker blows, c) the Brawler that is a balanced mix of Rush and Beast and d) the Dragon that is the ultimate battle style of Kiryu and is based on a variety of moves and attacks such as disarmament of enemies, disengagement from a grip and the use of various weapons. When you defeat enemies, you gain experience points you spend on upgrading your skills, unlocking new moves, and improving your condition like your vital energy. Dragon style is the only style where you can’t spend experience points to improve it, but you have to go to an instructor to learn new moves. 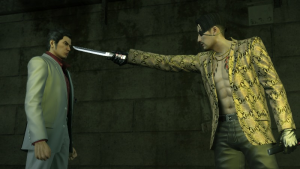 While you are defeating enemies and land consecutive hits you go into “heat mode”, which you can take advantage of to land brutal blows that consume large amount of energy and knock out most opponents. The moves you make in heat mode vary depending on the fighting style you have chosen. The heat is especially useful in battles with bosses, who are the most important enemies you encounter. During the battle, and if you have caused them enough damage, they get into a state of recovery during which they replenish their lost energy. With the use of heat, you can abruptly discontinue the recovery by giving them strong hits and causing them even more harm. It is also important to make sure you always have items in your inventory by buying the right items from the various stores in the world of the game and replenishing your energy and the necessary heat. From stores you can also buy various weapons such as pistols, swords and other to use when you feel it is necessary.

There are three levels of difficulty to choose depending on the challenge you are looking for. The normal is the most balanced and with a little caution, you can fight relatively easy simple opponents and various attackers who attack you on the street, with boss fights being the most difficult battles. If you are looking for the best possible challenge, it is better to play on hard mode and if you are not satisfied, there is the legendary mode that is unlocked when you finish the game.

Another thing I loved in the game is the variety in missions and side-quests in where various people ask for your help, such as giving a bottle of alcohol to an alcoholic who is cluttering on the sidewalk, and because of his drunkenness he can’t walk and more enjoyable missions. True to Yakuza's character is the humorous tone of some dialogues and situations that offer a pleasant break from the harsh world of the game. In addition to the usual mini-games such as billiards, bowling and casino, you can also take part in the new mini-game called MesuKing, where gorgeous women fight against each other. You can also visit various bars and restaurants as well as enjoy their menu, but also have a drink with your favorite hostess in the Tokyo cabarets. If you decide to engage in all of the game's activities you need more than 50 hours to see everything. By completing specific activities, you gain control points by which you unlock various goodies such as new opponents or more stamina while running.

Yakuza Kiwami is only available on PS4 and PS3 for $30. 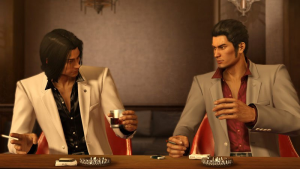 The graphics, are not bad for today’s standards, and the fact that the game runs at 1080p and 60fps makes them pleasant to the eye without being impressive. Tokyo is bright and bustling, and especially in the evening, it gives a distinct feeling, with its bright labels shining through the night, and the employees of various shops trying to attract people to their business. Considering this is a 2005 remake, the improvement is noticeable compared to when it was first released. Sound-wise it is also very good. Most dialogues are made with plain text, but the most important events have Japanese voice over. The sound during the battle stands out, with fast and loud music that blends perfectly with the atmosphere.

Yakuza Kiwami is a great remake of a classic PS2 game. Apart from the audiovisual aspect, improvement is also evident in other areas such as accuracy and responsiveness, but also on the appearance of the enemies, which varied from the same ones in the original version. Especially if you have not played the first Yakuza, this is a great opportunity to get your hands on it, now that it has improved dramatically, and try something special compared to the other open-world action games.

Yakuza Kiwami screenshots (above) and trailer (below)