The Vikings: Wolves of Midgard, released earlier this year, is an action RPG, with hack and slash and dungeon crawler elements. Based on Scandinavian mythology, Vikings are confronted with monsters, offering to the player several hours of fun.

Between the controversy of Jotan and the gods of Asgard, an exiled Viking village is attacked and the protagonist, as the faction leader, takes it upon him to launch a bloody campaign to save (or destroy) the balance of the world. Story is not so important, and it is not so important to the game itself. All that matters  to enjoy the game is to know that you are a wacky Viking that exterminates monsters, people, animals, and whatever he finds in his path. 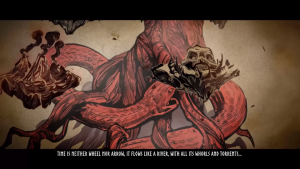 Although the game starts by asking you to design and name a character through a fairly simple character creator and even where and where you are going to make rudimentary decisions on your trip, the choices however, don’t give your character a personality improvement and does not affect the world around you. You also have to choose between different gods, a decision that determines in which battle style you will fight and the attacks and abilities you unlock. Although the choices are not too many, they are quite different from each other and offer different experiences each time.

The combat system is quite simple and easy to use, with no strategic depth beyond that it can offer specific abilities. Many elements such as slow motion kill cams, the frequency of getting new weapons and armor, the plethora of enemies you can kill and boxes that you can break keep the game permanently in motion. Also, in each area there are special challenges that give you extra rewards if you chase them and you often encounter situations or puzzles that complicate the situation (for example, if you stay for a long time exposed to the cold you freeze, so you should visit often the fires that are scattered on the map). The design of each level is not something special, but due to the fast pace, challenges and collectibles, it is often rewarded to explore every inch and to exterminate each enemy. 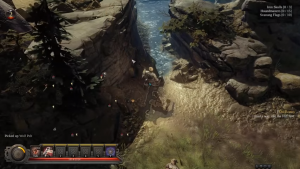 There are shops where you can buy and upgrade your weapons and armor. You can also spend the blood of the enemies you kill and increase your level or even take in special challenge rooms, dedicated to a god where you are called upon to survive as many as possible enemy waves. Beyond the main missions you do not have much to do and after 10-15 hours the game becomes monotonous. You can visit familiar maps and make slightly modified missions as side-quests, but the innovations that keep the game fresh are measured and faint. The ideas introduced do not seem to have been fully exploited in all circumstances. You can also play with a friend, either online or local co-op. Both choices are fun and you might just break the monotony you may come across after a while.

Vikings: Wolves of Midgard is available on PS4, Xbox One and PC/Mac on Steam for $45. 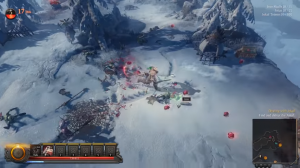 In the graphics field, the game is almost perfect. Especially the lighting and colors give life to the world, along with the small details you see here and there (e.g. footprints in the snow). The special effects of magic and attacks are also beautiful to look at. Still, the presentation of the chapters of the story through almost hand-painted sketches give a special note to the character of the game. The background music is fit for the genre, but nothing special. The voice acting is sometimes good and others moderate, but usually does not stand out apart from narration. The performance of the game is also good. The loading times are noticeable but not irritating, and there are usually no technical problems, apart from rare drops in frame rate and small visual glitches.

Vikings: Wolves of Midgard is a fun RPG action that makes you feel strong and enjoy the adventure it offers. It may not have a deeper meaning and not give you enough incentive to play again after you finish it, but it is satisfying for as long you play. If you are a fan of the genre and you are looking for a nice and short experience played with friends, it is worth your attention. Let us know your thoughts and impressions in the comments below.

Vikings: Wolves of Midgard screenshots (above) and trailer (below)