Home
Articles
Game Review: Cuphead is here and it is fantastic [Xbox One, PC]

Game Review: Cuphead is here and it is fantastic [Xbox One, PC]

Having been postponed for three years and accompanied by huge hype, it would not be unreasonable to say that Cuphead could prove to be the disappointment of the year. But t the relief of us all, this didn't happen and instead, the highly anticipated StudioMDHR game is as good as it looks.

You take on the role of Cuphead, a creature that looks like the 1930s cartoons, and instead of a head it has a cup. Cuphead and his brother Mugman, who is practically the same as the first one with another color palette, are gamblers and the devil takes it on. Sneaky as he is, he makes them a bid for a single bet. The brothers who have total faith in their luck so far agree, but surely the devil wins the bet, and while he is ready to take their souls for his sake, the brothers are begging for another chance. Unexpectedly, they earn it and to save themselves they take a walk in Inkwell Isle to collect the souls of other creatures who have bet with the devil and they have lost. 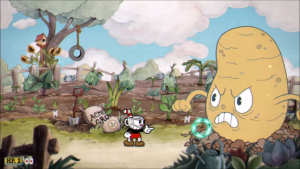 So far, things seem simple. The particular case is that the aesthetics of the introductory video and of the whole game are inspired by the cartoons of the 1930s. Yes, the brothers' similarity to Mickey Mousse's first designs is not accidental - the package is reminiscent of another era. From the supernatural captions that appear (the game is obviously mute, no hero has a voice corresponding to the technological possibilities at the time), to the expressions of the heroes and of course the design of the world and of the stages and the music.

In Cuphead, you basically do nothing more than deal with the devil's enemies that are, in fact, the bosses of the game. Of course the "bosses" here is a term rather arbitrary since they are the essence of the game and not a landmark for further continuity. Indeed, if you look at it completely cynically, the approximately 20 bosses of the game and the few normal slots it contains are very little, especially since none of these lasts for more than two minutes. The point is that you will probably spend much more, maybe hours, until you completely decrypt the battles and win. Both bosses and regular runways are difficult and time-consuming, and this is exactly what makes Cuphead a landmark of its kind. 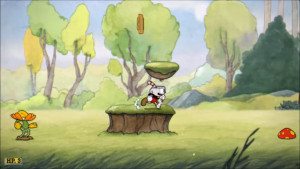 Because when we talk about the difficulty in Cuphead, we are not talking about an abstracted, indefinable approach to gameplay that requires repetitions due to experiments (a la Dark Souls). No, Cuphead's difficulty concerns the extremely demanding, accurate and careful coordination of all the weapons, jumps, obstacles, lives and prospects that appear in those two minutes that I mentioned earlier. More specifically, when dealing with bosses, things are different in each case. Battles are divided into multiple phases, usually three to five, with the boss changing form and the data coming up depending on the phase. There is no progressively increasing difficulty or something like that, everything in the game depends on your own talent and attention.

Cuphead can face all the unique bosses of his world with the help of powers he acquires with a mysterious, magical way. Its basic ability to fly consecutive, blue spheres is available at any time, but by making good use of the coins scattered on the slopes, it can also acquire other powers suitable for different circumstances. There are powers that are more powerful than the basic but have a limited range, and there are those that are less powerful but give extra life. There is plenty of variety, though the game turns out to be sparse in the coins it gives you so you'll probably end up using the ones you unlocked first. The handling is excellent. Cuphead responds promptly to your commands, the necessary buttons are few (key ingredient for frenzied gameplay) and, ultimately, you are given all the possibilities to avoid enemy barriers. It is up to you to overcome them. If things get really tricky, you can call a friend of yours to play as Mugman in a local co-op. However, the situation may become even more difficult as the chaotic nature of the gameplay makes it difficult to coordinate two players.

Cuphead is available on Xbox One and PC on Steam for $20. 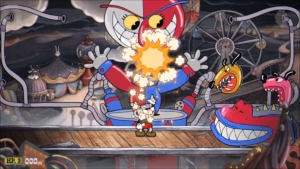 Beyond this impeccable set of gameplay, Cuphead gets all the credit and for the most prominent reason, its appearance. The game will impress you for its quality in this field. The slopes are carefully crafted up to their last detail, boss expressions and animation are magnificent, small effects on Cuphead's movements appear everywhere, even the effect that simulates film transfer adds rather than subtracts the whole visual experience. I can’t find a negative in Cuphead's technical or aesthetic sector, since, beyond everything else, it runs without flaws. The same goes for music. Jazz compositions are an ideal match for the chaos that usually prevails, they are addictive and high quality.

When you play Cuphead, you understand why it was so hyped and why it was delayed so much. The level of detail, attention and balance is unbelievably high. Yes, Cuphead is a landmark game, a small, sadistic masterpiece that will excite you, and delight you even more. Let us know your thoughts and impressions in the comments below.

Cuphead screenshots (above) and trailer (below)

#games #review #pc #xbox #cuphead
Comments (0)
< PREVIOUS ARTICLE
How to Enable or Disable Quick Launch in Windows 7, 8, 10
NEXT ARTICLE >
Top 10 Public DNS Servers: Google DNS vs OpenDNS vs Level3 vs Verisign and Others