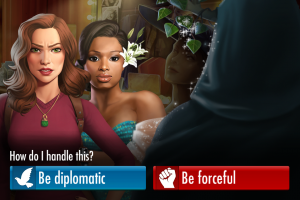 Hidden Objects games have a charm that is hard to describe. There are a variety of Hidden Object games, some relying more to the mystery and others based mostly on solving crimes and murders. Agent Alice belongs to the 2nd category and manages to offer a great experience to players new to the genre and fans of the genre alike.

Agent Alice is a new hidden objects game that takes place in the 1960s, a wonderful period for many people. The main character is Alice Wallace, a detective in The Agency, who solves riddling cases that take place around the world. During her adventures, you (Alice) have the chance to meet many other characters, suspects and not, in different parts of the world. For instance, a couple of interesting characters include a war veteran and a journalist.

Similarly to most hidden objects games, Agent Alice’s story is split into episodes, with each one unfolding a new mystery and taking place in different locations.

The gameplay is fairly easy, maybe easier than what you would expect in a game of this type (the thinking type of game) and unfortunately there is no difficulty level settings to change, which I would gladly do in order to make things a bit more challenging. 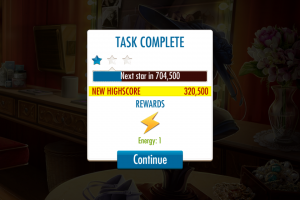 The game is separated in cases (or episodes) with each one revolving around a different case. To unlock a case you must first clear successfully the previous one. Please keep in mind that to start a new case you must be connected to the internet to download its data, but other than that you can play without connection with no trouble.

The main object of the game is to discover items in crime scenes, and for every item that you are asked to spot in the scene, you are rewarded with points; if the number of points you get reach a required number, you win a star. The points you need to collect increase every time you collect a star, thus making it a tad more difficult to collect the next one. If you want a perfect score all you have to do is replay a scene until you collect all 3 stars. I like the challenge in that because the objects are easy to find in the scenes. I should mention that in every scene there is always an item (or maybe even corpse brrrr) that is necessary for solving the case.

Also, opening a scene costs energy that appear as lightings. Energy refills every 2’ (it increases by one every 2’) and you need 10 to investigate so make sure you have enough. You can get more energy through rewards or IAPs.

The map of every case shows the places you will have to investigate. For every scene you investigate you can collect a total of 3 stars. To move on to the next scene to search for clues you need no more than complete the previous task with 1 star. 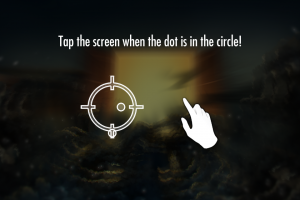 At the bottom left and right of the scenes you investigate are the hints you have the right to use if you find it hard to spot an item(s) and the number of hints increases through the rewards or via IAP.

Rewards include hints, energy refills and cash and depending on the task you complete and the points you score your rewards get bigger. Getting cash for example is not something you can accomplish easily.

Apart from finding hidden objects you will also have to examine your findings (e.g. corpses) which costs usually 1 star. On top of it, because examination has a timer that can range from 2’ to much more, you can spend cash to finish the examination immediately. I’d suggest saving your cash for examinations that require a lot of time rather than spending it for an insignificant amount of waiting time.

You will also be asked to make choices that will affect the outcome of the case but in the end the result will be the same. And because our heroine is a detective you’ll have to shoot against enemies by tapping at the target when the gun points at the center of the circle that you are shown.

At the Shop you can spend game currency (cash) to buy hint packages and energy point packages. You pay real money for buying the currency and that’s about it. The game’s IAP system doesn’t force itself to the player although I admit it will be hard to gather enough cash to buy even the small packages. It’s not impossible though so you can buy without spending one cent of your real money. 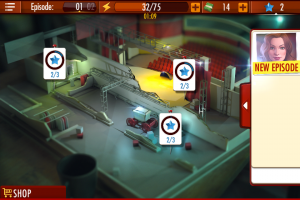 They game’s designs are solely 2D with beautiful crystal clear character designs and environments, vibrant colors and fluid 2D animation that makes it feel as if you are watching comic panels in motion.

I also loved the mysterious atmosphere that it has and the equally overwhelming music that matches a crime case game as Agent Alice.

All in all, Agent Alice is a well-made game with wonderful game mechanics and implemented intelligence, it could however increase the difficulty in order to allow people spend more time on it and get stuck at times, actually. But as I said, it's a great game and is worthy of your attention.