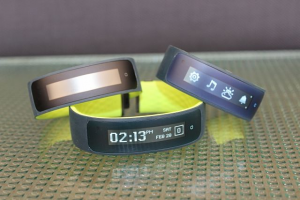 HTC is finally making its entry into the burgeoning wearables market with a new device it's calling the "HTC Grip." The company has partnered with Under Armour to create a fitness-tracking smartwatch that will let serious athletes take their performance-tracking abilities to the next level.

The Grip was unveiled at the Mobile World Congress 2015 event in early March, alongside the introduction of the company's new flagship smartphone, the HTC One M9. While there have been a number of fitness band wearables released in the past decade, HTC's addition ushers in a few interesting and never-before-seen features, which we'll discuss below:

What Does the HTC Grip Do?

In basic terms, the Grip helps advanced athletes track their physical fitness and performance data across multiple kinds of sports and activities. The user can set goals and measure their progress along the way to achieving them.

The HTC Grip's fitness tracking capabilities will be powered by Under Armour's proprietary fitness-tracking app called UA Record, which is compatible with both iOS and Android.

According to Drew Bamford, Corporate Vice President at HTC's Creative Labs, the company's partnership with Under Armour and their Connected Fitness platform will allow the Grip to deliver a fitness-tracking experience that "will surpass the high standard of even professional athletes."

Drew's sentiments are in-line with the comments of Robin Thurston, the Senior Vice President of Under Armour's Connect Fitness department, who expressed the company's interest in advancing their partnership with HTC to "rewrite the rulebook of performance tracking, training and improvement."

Most Notable Specs and Features

HTC's new wearable has a lot of features to cover, so let's get started. 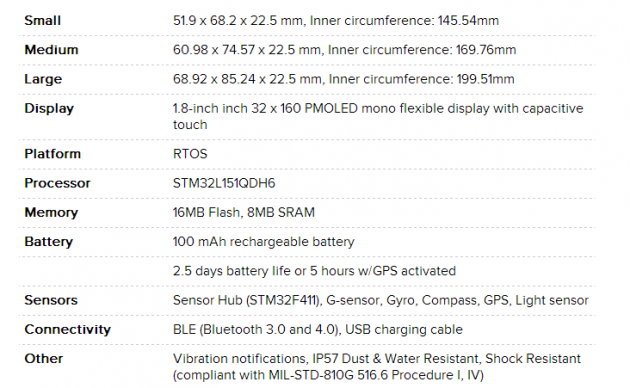 Is the Grip a Replacement for Nike's FuelBand Series?

The design of the HTC grip is strikingly similar to that of Nike's now-abandoned FuelBand series. With Nike stepping out of the genre temporarily to revisit the development phase, HTC and other companies now have the opportunity to jump in and capitalize on the available market share. However, Nike hasn't left the wearables market permanently, as the company made it clear last year that that would be partnering with Apple to create a new wearable. Still, the HTC Grip seems to have the old Fuelband beat in most areas, so this isn't really a relevant comparison anymore. Instead, the HTC Grip is expected to face tougher competition in 2015 from the Microsoft Band and FitBit Surge.

HTC is expected to release the Grip at some point in the spring of 2015 for a price tag of around $199. The device will initially be made available in North America at a select group of retailers, including Sports Authority, Walmart, HTC.com, AT&T, Academy Sports + Outdoors, Cabela's, DICK's Sporting Goods, and Under Armour stores. It will be launched in at least three different sizes, but there's only one color scheme so far - Deep Teal/Lime.

To see the HTC Grip closeup and in action, check out PocketNow's hands-on review of it on YouTube (embedded below):