After an extensive four week investigation, the Federal Bureau of Investigation (the FBI) in conjunction with other law enforcement agencies reached the conclusion on December 19 that the North Korean government were responsible for the state-sponsored hacking of the Sony Pictures Entertainment which began on November 22.

In a related matter, the anti-North Korean movie “The Interview” about two Americans who get recruited by the CIA to infiltrate the closed off country to interview its leader Kim Jong-un, but are asked to eliminate him using spycraft, has drawn fire and protests by the North Korean government.

Guardians of Nothing At All

The “Guardians of Peace” aka the North Korean government sponsored hacker group apparently performed the Sony hack from an Asian location. The Sony hack exposed insider emails, Hollywood deal negotiations, opinions of celebrities by movie studio bosses, and more. The hackers added further insult to injury by threatening action against any movie theaters across America who showed “The Interview” film starring James Franco and Seth Rogen (who also penned the story and co-directed the movie). 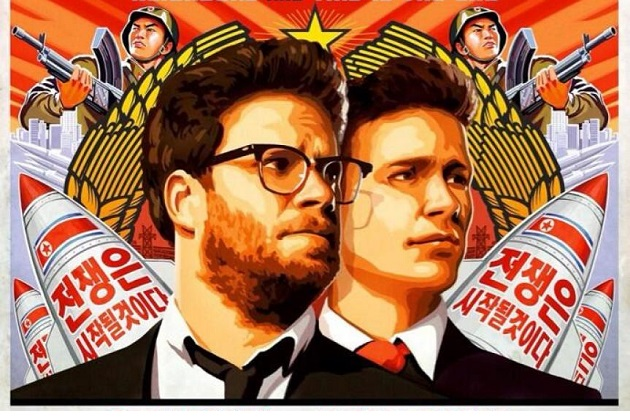 Sony acted promptly in response to the threat by packing their bags and hopping on a slow long-tail boat back to the Sea of Japan. Actually, they didn't do that (we're only joking). What they actually did was to pull the movie from the release schedule. Another movie was put in its place, Team America, and that too was subsequently pulled as well. Rather than going all kamikaze, Sony are running scared which had the Americans a bit flummoxed it has to be said.

Even President Obama commented at a press conference words to the effect that he wished Sony had talked to him first (the Sony hack also revealed some less than positive opinions about the U.S. President in his second term).

China Also Implicated In The Hack

News came out in the last 24 hours from the South Korean government that one of their nuclear power plants has come under cyber attack. An interesting coincidence one might say. No one is pointing the finger at North Korea yet but one has to think that it is only a matter of time.

The internet inside North Korea is isolated to a few top-ranking officials. Anyone else gets to use the internal intranet which offers a restrictive list of approved web sites that people can access. However, given that nutrition and access to quality protein sources is so poor in the country that North Koreans are physically significantly shorter than their better-fed South Korean neighbors, one has to imagine that few people have access to computers.

Nonetheless, the attack on Sony is described as “sophisticated” using software, malware infections and methods of attack that were both smart and had also been used by state-sanctioned cyber attacks by North Korean before. This tell-tale information was partly how the FBI were able to nail down the culprits so definitively.

The North Korean government requested a joint US – North Korean inquiry into the Sony hacks. One can only imagine the righteous indignation of the Americans when they turned this offer down on December 20.

The Korean Central News Agency commented that: "Nothing is a more serious miscalculation than guessing that just a single movie production company is involved. Our target is all the citadels of the US imperialists who earned the bitterest grudge of Koreans.”

Koreans officials later made stronger statements against America saying that it is “an ill-famed cesspool of injustice and terrorism". The country threatened “tough counteraction will be boldly taken against the White House, the Pentagon and the whole US mainland".

Did they leave anyone out? This sort of statement reminds one of the Iraqi official who when confronted with live video footage of the advancing American tank convey inside the Iraq border defiantly stated that the video was a fake and America would be defeated. A few days later, the officials ran away...

Now comes the surprise. China has come out against the Sony hack. The Chinese Foreign Minister Wang Yi discussed the matter with John Kerry whereon Yi stated that, China was "against all forms of cyber-attacks and cyber-terrorism".

Give the sheer number and volume of cyber attacks by China against American and European interests, plus the stealing of proprietary information in order reverse engineer and copy patented designs, the fact that China came out against the Sony hack has to be taken with a pinch of salt.

China looks particularly bad on this one because it turns out that some of their own internet servers were used to conduct the Sony hack.

As Christmas rapidly is upon us, the minnow that is the North Korean internet infrastructure was flooded with hacker traffic which took their entire internet access offline. Only just now is part of the internet connectivity to the country being restored again.

It seems clear that cyber warfare is reaching new heights and new lows. Governments, companies and individuals need to double down on their security measures in order to protect themselves.

#hack #security #windows #news #sony
Comments (0)
< PREVIOUS ARTICLE
Grab New Chicken Invaders 5: Cluck of the Dark Side for Christmas - It's Super-Fun
NEXT ARTICLE >
How to Display the Day of the Week into Windows 8's Tray Clock