Download3k is happy to announce one of our favorite indie game studios is running a contest to celebrate the first anniversary of Heavy Metal Thunder gamebook, one of the finest sci-fi interactive gamebooks on mobile these days. We reviewed its sequel Sol Invictus; both games were also featured on our best gamebooks on mobile list. We were also lucky to steal a few hours from Cubus Games for a feature interview.

HMT harvested wonderful feedback from thousands of players worldwide, Top App of the Month from the App Store and a Silver Award from PocketGamer. The success was no reason to rest on laurels, and the studio released a sequel to HMT – Sol Invictus, which exceeded all our expectations. Cromulus is still nuts, desperate and cunning, and we sure want to experience more of his grim and gory space adventures. 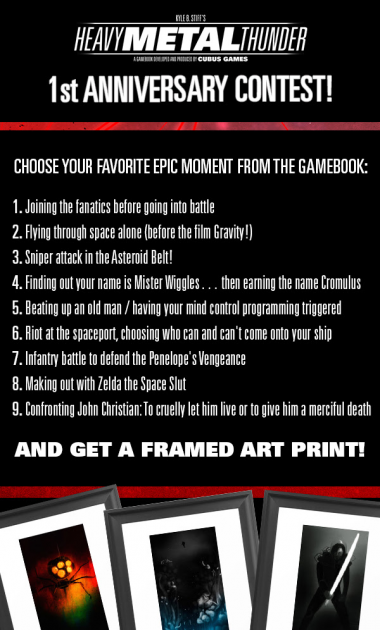 Needless to say we are excited to hear about the contest for the fans of the series. The contest will take place on September 1st – 15th, and you will see the details on the Cubus Games blog, but we do know that to enter, you will need to be an HMT fan. What else? You should cast a vote for your favorite episode in the gamebook and choose from the selection offered by the author Kyle B. Stiff himself. The winner gets a framed print art by Marc Gonzalez, whose unsettling and memorable illustrations made Heavy Metal Thunder a visual gem. 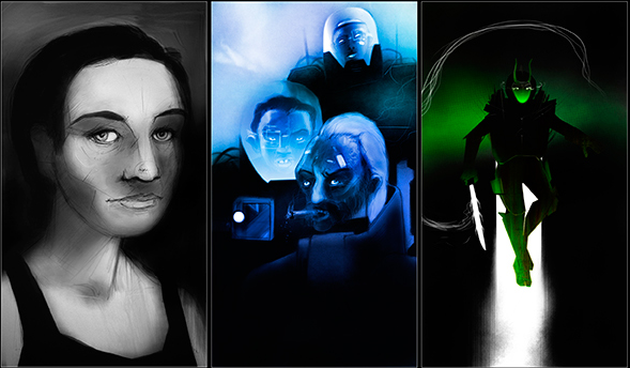 Kyle B. Stiff also shared a sneak peek at the third installment of the Heavy Metal Thunder with us. Dubbed Slaughter at Masada, HMT Book 3 will take Cromulus, now a Commander, and his Black Lance Legion to Mars. The hero and his own team will have to confront not only the insane ground forces of the Invaders, but also the distrustful people of Masada, the humans who have fought the aliens and the human psychopaths and opportunists for so long, they no longer wish to cooperate. Sneaky and treacherous enemies might have crept inside Cromulus' team, and you will have to help him untangle the complex psychological dilemmas, besides battling it out against the invader. 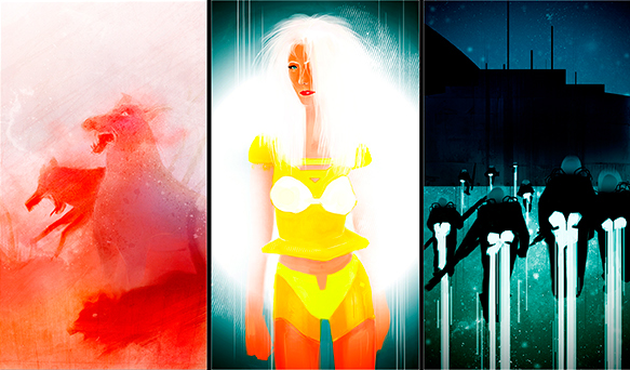 Check out Cubus Games blog for more details on the contest if you want to win the prize, but if you haven't played the Heavy Metal Thunder, yet, you absolutely must, if you consider yourself a sci-fi fan. This indie studio has a touch with the gamebooks, picking the great stories and badass artists. The developers shared another great news – there is one more gamebook in the works at the studio. Last month, the Frankenstein Wars was successfully funded on Kickstarter, and now all systems are go at the studio's headquarters, so we will be able to dig Dave Morris' interactive novel on mobile sometime soon.