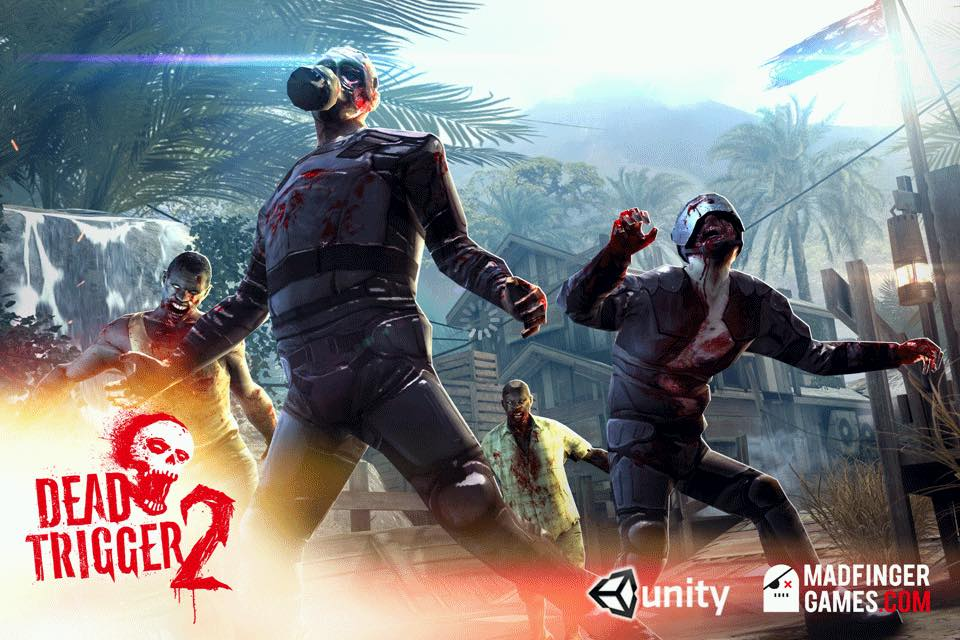 I was recently searching for zombie game apps, and while there is a plethora of them in the app store, some of which being comical and others being more serious, I stumbled upon Dead Trigger 2 (iOS, Android) by Madfinger Games, which, to my surprise, I haven’t played before. The first Dead Trigger game was a massive success and it was among my favorite games back in the day, so I still can’t figure out how I missed the sequel. Well, better late than never, right? Dead Trigger 2 is still popular, updated frequently, and considered one of the best zombie games apps out there.

Just like in the 1st game, you find yourself in a post-apocalyptic world that has been taken over by a zombie virus. It is not explained where or how the infection began, but we do know that America (and later we learn that other places too) suffers from this zombie plague and it looks unstoppable. Early in your adventures you come across other survivors that have learned to fight against the zombies, and together you will travel in many regions across the globe, trying to escape the hell that the world (or part of it at least) has turned into. During your quest you’ll come across normal zombies (I can’t believe I just said that) and boss zombies that came straight out of a nightmare, seriously. 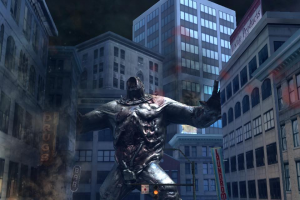 The game begins with a short cinematic that introduces to the player the world you’ll be living `in and the war that is menacing. At first you are alone with your only weapon being a wrench (typically) to fight zombies, and later on you get a pistol as well. The first survivor you meet is a woman who guides you to a hideout and from then on you find other survivors and gather more effective weapons against zombies, such as (my personal favorite) automatic turrets that for some reason are very satisfying to watch when they start firing.

As I mentioned earlier there are boss zombies that make occasional appearances. The first of them shows up very soon after you start playing, although you won’t be fighting against it until later on. I have to admit it scared me a lot when it appeared, because it’s a titan zombie and quite ugly as you can imagine.

Apart from the bosses, you’ll come across a wide variety of zombies (more than in the previous game), including special zombies that are stronger than normal and make the game for challenging and interesting, but more difficult at the same time. When these special zombies are near you get alerted, so use your ammo wisely because these guys are not easy to deal with and you don’t want to be low in ammo when they show up. You will fight against these zombies in the new type of missions you are assigned to. These missions include, among others, finding supplies, providing sniper fire, helping and escorting people, and the classic mission that requires to kill a specific number of zombies or stay alive until a specific time limit. New types of missions are very enjoyable and a great addition to the 2nd installment. They help increase your XP and earn cash quite easily too.

If you want to try something different than the game’s story mode progression, you can join other players from all around the world and fight in one of the 3 available Arenas, every week.. Each  of them has different environment and traps under custom gladiator rules; this really makes a difference in the zombie games. 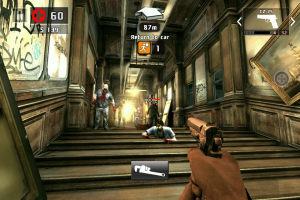 The zombies that you kill leave cash and packs of bullets behind, and if you shoot and achieve a headshot or you dismember them you are awarded with more cash.

In your hideout (or operation room, call it however you like) you can built weapons (there are up to 38 types of weapons that you can grab), get medicine do and much more. Each of the survivors that work with you have a role, e.g. the woman provides you with medicines (painkillers etc.), one of the guys is a gunsmith and helps you built weapons, and another is a genius when it comes to gadgets. There are many more people who will help you find what you need.

Of course, all these items cost money and take time to build, but you can avoid waiting until something is ready by spending gold that you earn by collecting golden pigs (yeah, I’m pretty sure they’re pigs). They’re obviously rare to find, and the only alternative is to buy gold through IAP.

Which brings us to the infamous IAP. As I mentioned above, you can buy packs of gold to get rid of waiting time until something gets built, but you can also use the gold to get game currency and buy various items. Sometimes you will feel that there’s no way to proceed without spending real money but the truth is that you don’t really have to. It certainly makes things easier and the frustration of feeling stuck goes away but DT2’s IAP is not really forceful and you can enjoy the game without it, even with the expected difficulties that go with almost all freemiums that use IAP. 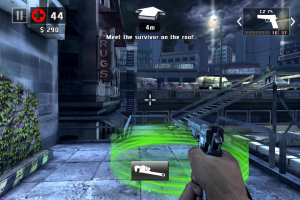 The controls are simple, once you get the grip of them. DT is a 1st person shooter after all, and in a touch screen things can be tricky when that’s the case. You use your left finger to slide in any direction to move, and your right finger, to turn your head. I felt though, that sometimes moving was difficult because the joystick seemed as if it was sending me to the opposite direction of where I wanted to go to.

What is really convenient though, is that unlike the 1st game, you don’t have to worry about shooting anymore, as when you lock on a target your gun fires automatically. That really took one burden away.

DT2 supports MOGA and other MFi game controllers on iPhone and iPod touch, so you can choose between a touch control created especially for casual players or an enhanced virtual joystick.

Probably the strongest aspect of the game are the graphics. The previous game also had good graphics but they have been highly improved for the 2nd installment, and the gore is now even more detailed. There are some other amazing details too, such as real time water reflections and drops that get in your vision, dynamic vegetation and enhanced ragdolls.

The music fits the game and the sound effects while shooting and find the target are too realistic. Same goes for the zombie screams and the sound of them eating humans.

All in all, DT2 is a game that is still relevant and among the top shooter games and zombie games alike. With a great gameplay, story and graphics, it comes with no surprise that it still attracts new fans. With the latest update being a Valentine’s special theme it’s obvious that it belongs to the type of games that never stop trying to be relevant and provide the players with the best they can. If you haven’t played it till now, and the review picked our interest, now it’s a good chance to do so. It never gets boring killing zombies, after all.