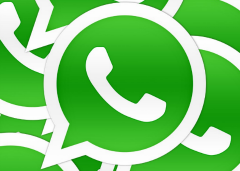 The popular mobile messaging app WhatsApp, which was recently acquired by Facebook for a jaw-dropping $19 billion, has unrolled some key updates in version 2.11.169 for Android. Despite the fact that many users are concerned about their privacy rights in light of the recent Facebook acquisition, the update may actually let WhatsApp users heighten their privacy protection.

The main feature of the update is the option to disable the “last seen” timestamp. It is also now possible to choose who can see your last seen status. By default it is is set to everyone but you can set it to only show to contacts or set it to show to “nobody.”

Prior to this update, WhatsApp users had to deal with the fact that anyone could easily see where they were last located by the GPS utility within the app; this was an ongoing privacy concern for many users and it's surprising to some that it is only now being fixed.

The recent update has also made it possible for users to hide their profile picture and status message as well, further bolstering users' virtual privacy cloaks. Users will be able to choose whether they want their profile pic to be shown to everyone, contacts only, or no one at all. Finally, users can set the same privacy filters with their statuses with the option to choose whether the status is read by everyone, contacts, or nobody.

After downloading the latest version of WhatsApp for Android and finishing the update you should be able to find the newly added privacy features by accessing the settings menu and then clicking the account tab to reach the privacy preferences window.

Although this update is obviously an improvement to the software's functionality, it's implementation could draw potentially unwanted attention towards an acquisition that may cause the popular messaging app to lose some of its hard-earned fan-base. On the other hand, Facebook's purchase could also bring tremendous publicity to the WhatsApp brand and it is likely that the messaging app will experience a significant boost in popularity as a result.

In conclusion, most users will agree that the three privacy features implemented in this update were definitely necessary and even long overdue. Given the fact that the app's purpose is to protect privacy you would think that these options would have come standard with the initial release. Many users of WhatsApp have been apprehensive about the Facebook acquisition, but in actuality it appears that Facebook could be leading WhatsApp development in the right direction.