Wearing Google Glass While Driving Is As Distracting As Texting Using A Smartphone, Study Proves

A team of researchers at the University of Central Florida assembled a group of 40 drivers in their 20s to participate in the experiment. Half of the participants were using smartphones while driving a realistic car simulator while the other half was wearing Google Glass. The participants' reaction were recorded, scrutinized and analyzed when each of them was put in a situation that required they slam the brakes when a vehicle ahead would abruptly slow down.

To give the little credit there is to Google Glass, Glass wearers were able to recover control of the car faster than those texting on a smartphone, but the initial mental delay of both groups was identical.

In other words, no matter how good you think you are at driving, if you want to check mail, locate a pin on your map, or send a message to your girlfriend, pull over and give the activity your full attention. When you are done, resume driving. Paul Walker was good at driving - where is he now? Driving and wearing Google Glass can cost you your health, car, and maybe someone else's life, so stop being a Glasshole. 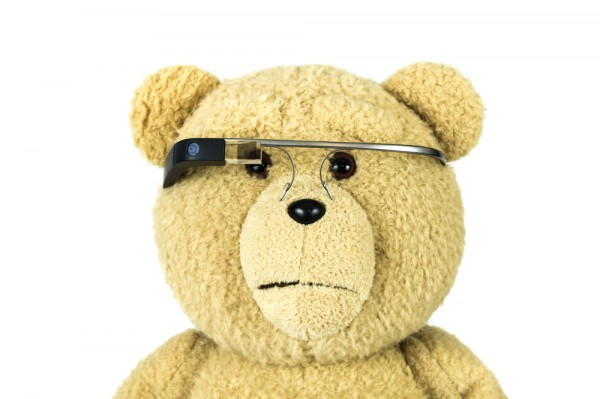 Moreover, another research proved multitasking shrinks the brain. A research team at Sussex University discovered people of both genders showed a decrease in grey matter concentration in key parts of their brain when they were multitasking using multiple gadgets. Hence, multitasking causes a significantly shorter attention span, anxiety, depression and an overall decrease in productivity and quality of accomplished projects, or grades at school.

Back to the University of Central Florida, researchers compared reactions of drivers busy texting or Google Glass-ing to reactions when they were simply focused on driving. It doesn’t take a scientist to understand there is a difference, but alas, early adopters of all things tech tend to come across as brainwashed fanatics, failing to think critically.

The research at the University of Central Florida was the first of its kind, providing scientific grounds for Police fines issued to Glass explorers, who then tried challenging the fines in court.

The UK Traffic Police nailed the problem on the head right when the first Google Glass drivers hit the road, and made it illegal to drive wearing Glass. The US authorities are more suppressed by the authority of the big G, so Glass wearers could still drive and challenge the traffic police.

Irresponsible drivers using their gadgets while driving are a proven menace to society, with a US research showing at least 1.6 million car accidents per year are attributed to driving while calling, or texting.

Google Glass is only the first of its kind, and competitors are now launching their own devices similar in functionality. Some states where authorities haven't lost common sense to big money are considering banning Glass driving and its similarly distracting analogs.

Worse yet, Glass wearers tend to follow vehicles ahead of them closer than other drivers, which means they pose an even greater danger of collision when the shorter distance is paired with a slower reaction.

Even though Glass makes it convenient to do tons of things with head movement and voice commands, it does not help drivers react to traffic emergencies faster. On the contrary, Glass makes for a perfect distraction.

Google has not commented on the research. Instead, it lays full responsibility on the wearers - "Read up and follow the law! Above all, even when you're following the law, don't hurt yourself or others by failing to pay attention to the road." On the flip side, I don’t see how this is a problem of Google. Driving is a sole responsibility of the driver, don’t you think? Share your thoughts in the comments below!

#google #news #google glass
Comments (0)
< PREVIOUS ARTICLE
Gabriele Cirulli Interview: 2048 Has Become A Part of Everyone's Culture
NEXT ARTICLE >
The US Gets The First Professional Gaming Arena in Columbus, Ohio