Home
Articles
The US Gets The First Professional Gaming Arena in Columbus, Ohio

The US Gets The First Professional Gaming Arena in Columbus, Ohio 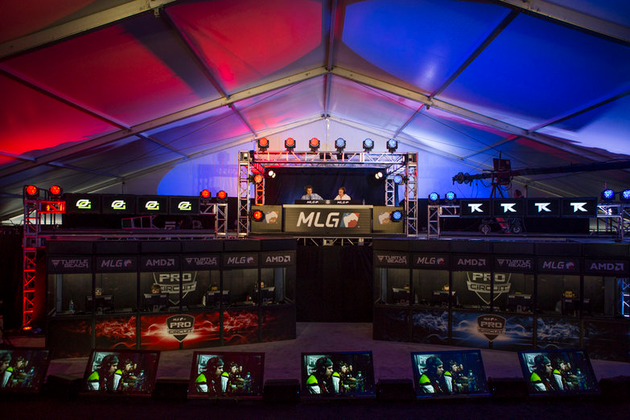 Video gaming competitions are practically a national sport in some countries like South Korea and Japan. As popular as it is in the US, surprisingly we did not have a gaming arena that would be a permanent home for tournaments. That was the case until now. The US Major League Gaming revealed its plans to open the first eSports location dubbed MLG.tv Arena. The location may come as a surprise at first because MLG has chosen an unlikely spot - Columbus, Ohio.

On the second thought, though, the choice makes perfect sense if we take a look at the main esports audience location. Columbus has a great history of hosting such events, and its convenient geographical location on the crossroads of major Universities make it a great spot for hundreds of thousands of students' eSports Mecca. Hence, MLG eSports events won’t run short of neither participants, nor the audience.

An existing building will be refurbished with "a main stage set up, sound proof booths, lights, video screens, bleachers, monitors, IT and video equipment to broadcast via MLG.tv," Katie Goldberg of MLG tells SB Nation. The Arena is set to open on October 24-26 with a Call of Duty: Ghosts pro league debut. This is going to be an event-packed month, indeed!

MLG.tv Arena is only a few miles away from the Ohio State University, "Columbus has hosted some of our most successful events to date. With 62 colleges in the Columbus region, hundreds of thousands of university and high school students in the 11-county area, and close proximity to our audience on the East Coast, Columbus is a great location for our MLG.tv Arena. We look forward to hosting the best players in the world and continuing to collaborate with the passionate community at OSU and their eSports initiative - ESI, as well as those throughout Ohio and beyond."

Now, MLG Arena may be nothing as impressive as soccer or baseball stadiums, but it's a start. The next objective on the agenda for the eSports is to eliminate gender inequality and let girls kick some male butts in this highly competitive niche. I say this because my girlfriend is better than me in some games traditionally dubbed as 'male,' and all that hemisphere talk and way of male and female thinking is just a screaming male ego fearing a woman can do better at Hearthstone. So, let the fair games begin!

#news #games
Comments (0)
< PREVIOUS ARTICLE
Wearing Google Glass While Driving Is As Distracting As Texting Using A Smartphone, Study Proves
NEXT ARTICLE >
First Attacks Using Bash 'Shellshock' Bug Reported. Here Is How To Check If You Are Vulnerable