Transparent LG Phone with Firefox OS at a Premium Price

Up until now Mozilla have been aiming their own Firefox OS on the low to mid-level budget market. Phones in the $25-35 range in emerging markets like India are not uncommon when wanting to break new ground with their less accepted mobile operating system. However, now Mozilla courtesy of phone maker LG are shortly to release an upmarket smart phone in the Japanese market that is sure to turn a few heads. 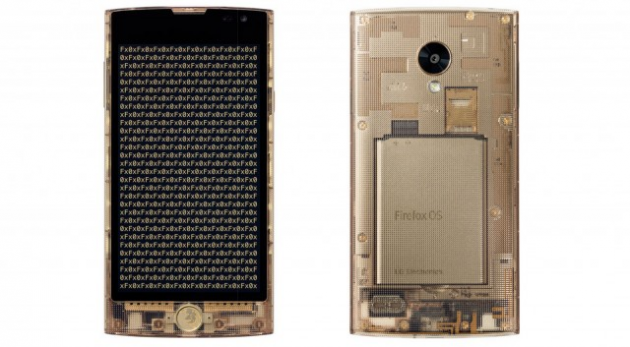 The look of the LG Fx0 (catchy name, no?!) is one of a gold and transparent case which shows the main components like the Firefox OS label and other major components. LG is clearly going for the high-end market in Japan where the iPhone is the predominant handset to own along with a healthy interest in the new and interesting gadgets which the Fx0 surely qualifies. 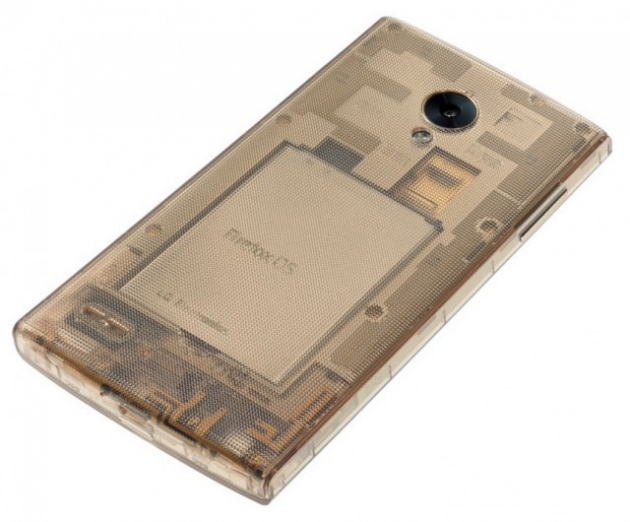 The designer of the phone is Tokujin Yoshioka who works with the Japanese cellular carrier KDDI. It has to be said, it is extremely beautiful, certainly more so that the usual black, rectangular phone we all have in our hands. The majority of the outer chassis looks like gold but is actually just plastic. This offers the benefit of being able to see right through to the electronic components inside like the battery, Firefox OS, SD card slot and more. The idea behind the transparency in the design is the openness of the Firefox OS but this is a point that few consumers may readily grasp unless it is directly pointed out to them. 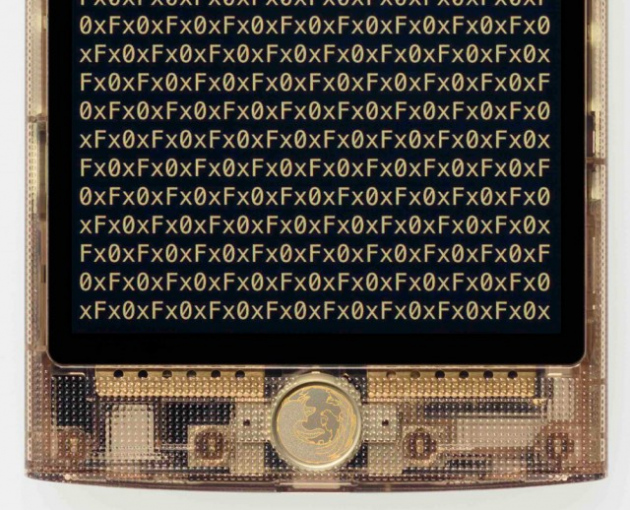 The main home button at the bottom of the front IPS display is designed with a gold appearance using the familiar Firefox logo. It is definitely a nice touch and complements the rest of the ideas behind the Fx0 design.

The phone comes with a IPS screen with a 4.7-inch size (resolution to be confirmed), 1.5 GB of RAM, 16 GB of internal storage and a 1.2Ghz Qualcomm SnapDragon 400 SoC which comes with four Cortex-A7 cores, 8-megapixel back camera, 2.1-megapixel front camera. and lots under the hood.

A 4.7-inch phone is fairly small by today's standards. It straddles the gap between the older 4-inch iPhone 5S and a larger “phablet” which typically is between 5-6 inches. The 1.5 GB of RAM is certain enough to run Android reasonably well but it can create bottlenecks; hopefully it will also be sufficient to run the Firefox OS as well. The older SnapDragon 400 Soc from Qualcomm is a very capable, albeit a few months behind the curve with speed.

So far the Firefox OS hasn't garnered a great deal of interest. That is to say that Mozilla have been slow to ensure handsets are available in the market place for consumers to try out. Indeed, there are more Tizen OS devices (Samsung's own operating system) than Firefox OS ones presently.

The main focus with the Firefox OS phone has been in emerging markets and the price point has been kept well under $100. This handset which is being marketed only in Japan upon its release will be on the market for $420 which is a marked difference in price point. Launched on Christmas Day, it will go wider to Japanese electronics stores on January 6.

The Japanese market has always been one that gadget enthusiasts flock to in order to pick up one of a kind items that are not available anywhere else in the world. The release of the LG Fx0 may well be trying to get in on that action to generate a better buzz around the Firefox OS and handsets that it runs on.

This newer operating system still have an uphill battle like trying to scale Mount Fuji because it still lacks smoothness, manufacturer support or a well developed app eco-system to attract consumers to the platform. For a mid-range phone based on the specifications, the $420 price may even be too much for hobbyists to take interest in and certainly too big of a leap for most mainstream smart phone consumers to take it seriously.

The phone is supposed to be released in Japan on Christmas Day but getting your hands on one could be tricky as LG probably will have some initial difficulty determining likely demand so the first production run is probably quite small.