Home
Articles
The Sims Freeplay is a game that you just have to play!

The Sims Freeplay is a game that you just have to play! 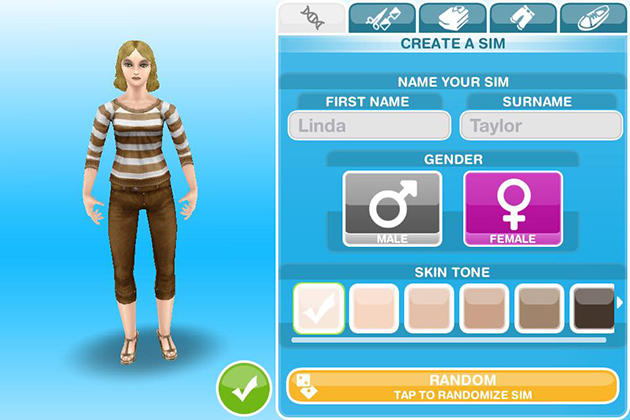 Sims. One word, many memories. Is there even one person who isn't familiar with this game? Whether you've played it or not, you've come across enough information, screenshots and funny stories to know what The Sims is about and the hilariousness that comes with it. So, after more than a decade on PC, The Sims awesomeness arrives in our devices too. Well, to be completely honest, the Sims app has been around for quite some time now but I never really paid enough attention to it until recently. The truth is that it has received major improvements since the time it was introduced on the app Store and Google Play, so I consider this to be the best possible time to check it out and enjoy it to its fullest.

But what does a mobile version of The Sims have to offer, and does it live up to the fans’ expectations? Before answering all that, let's see what The Sims™ FreePlay is. The Sims FreePlay (by Electronic Arts) is a life simulator that includes quests and building construction. The player is tasked with the creation of many Sim characters and a town for them, including everything that a society includes. More importantly, the player can create interactions among the characters in order for relationships to flourish between them. The player has complete control over everything their Sim does (e.g. eat, sleep, walk, going to the bathroom, going to work, building and decorating their home, pet their dog, and being romantically involved with other Sims).

What's really amazing is that the developers provided us with a complete (for the most part) Sims game, which means that you can do almost everything that you can do on the PC games as well. Plus, unlike the PC versions of Sims, FreePlay runs in real-time, an addition that in my opinion makes the experience more enjoyable and easier.

When you start a new game you are asked to create a Sim. To do that you are given fields to fill in with your First Name and Surname (you don't have to use your real ones of course). After you've completed that step you are then directed to gender choice, then skin tone adjustment, hair, head shape, eye color and clothing. After you've successfully created the Sim of your choice you are provided with tutorials on how to use the controls as well as menu explanations. 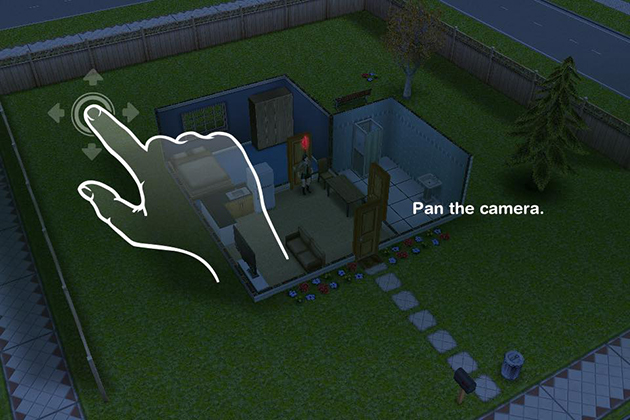 According to the official site you can create up to 32 customized sims. In addition, you can design homes in any way you want to, like adding swimming pools and multiple stories. Also, just like the PC game you can see your Sims growing up and experience every stage of their life from childhood to adulthood. As I mentioned above, you can connect online and visit your friends’ Sim Towns and interact with them just like you would in your own town.  To do that you have to visit the Party Boat, a place that allows you to connect with friends and compare your towns. Since Sims FreePlay gives you the option to connect with your Facebook account, so that you can take photos and upload them, as well as interact with other players online.

Of course you have the option to own pets, have your own garden to grow flowers and other plants, and send your characters to work.

The tasks you are given play a very important role to the progression of the game. All tasks, important or more casual (such as washing hands) give you XP points and money. Each task requires a different amount of time to complete. The time ranges from a few seconds to hours. You are though given the option to avoid that by using LP points. These points are given when you level up but through the IAP system you can purchase them with real-life money. Players are asked to complete tasks such as buying a toilet, shower, bed and other furniture for their Sim. You are given enough currency when you start the game, in order to buy the basics. Also, placing the furniture to the right spots is equally important since, if they’re placed wrong, the Sim can’t have access to it (it’s actually funny seeing your Sim struggling to get to the fridge but not being able to). I especially enjoyed, or better, laughed a lot when I sent my Sim to the toilet. When the Sim prepares to sit on the toilet the game blurs out a circle! Also, when your Sims bathe (in the app version at least) they’re wearing underwear; they’re not naked with blur on the secret spots.

The way you take care of your Sims plays an important role to their happiness. If you neglect their needs (such as hunger, toilet, energy, and hygiene, interaction and fun), your Sims will walk around like zombies- hardly being able to move. The happier the Sims, the more XP points they earn. And I can’t forget to mention that you can use the Simtracker to find Sims and call them to their home or other locations.

The way the game asks you to form relationships among the Sims is very interesting and funny. You are asked to be funny with the other sim (which includes farting) or watch movies together. When you reach relationship milestones you are rewarded with XP points.

The graphics are so similar to the PC equivalent, so if you have enjoyed those then you’ll love the app’s animations. The sound effects and dialogs are hilarious, too. The Sims speak gibberish and it’s extremely fun to listen to. The singing in the shower is my personal favorite. The controls are not complicated and any difficulty can be overcome with the help of the tutorials.

All in all, The Sims™ FreePlay is a great game to have on your device and one that you won’t get bored of or forget easily. More importantly, the fact that you get for free most of the PC version’s features is a great opportunity to experience the famous game with no cost, if you haven’t played it up to now. Certainly give it try.

Get The Sims™ FreePlay for Android here.

Get The Sims™ FreePlay for iOS here.

How does Google know it's your birthday Today and how does it celebrate it?
on 27 March 2014