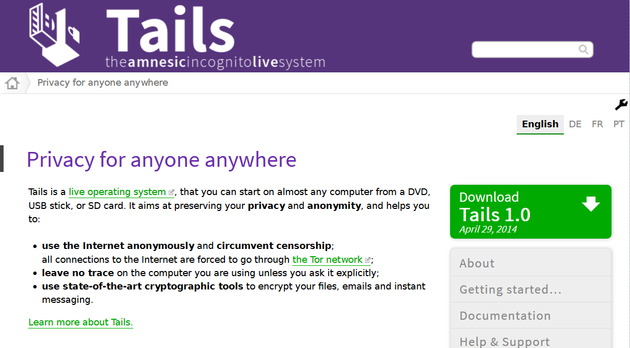 One of the most mysterious Internet projects, Tails OS version 1.0 is finally available to users after 5 long years of testing. The first version of OS was released in 2009, code-named Amnesia, which was based on Incognito OS. Soon after that, both Incognito and Amnesia projects were united under the Tails umbrella, which is an abbreviation of The Amnesic Incognito Live System.

36 stable versions have been released within the last 5 years, including Tails 1.0. It is a fully fledged operating system based on a Linux distributive – Debian. The system is an open-source code created by a community of anonymous developers. The operating system has all the necessary software, including a browser, an instant messaging client, office applications, image and sound editors, as well as other applications. Additionally, Tails comprises a toolbox of traffic encryption for all kinds of communication – to encrypt files, Internet traffic, emails and instant messages. Likewise, operating system has file shredder Nautilus Wipe.

This is where you will find the Start Page or the DuckDuckGo web search engines we mentioned earlier, as well as Pidgin instant messaging app with OTR pre-configured.

Tails’ main objective is to conceal the users’ presence online additionally, allowing the user to bypass the Internet censorship and banned or blocked websites. To be able to do all that, Tails relies on the Tor anonymous network, the Onion Router, a technology that anonymizes data exchange through a network of computers. Messages are encrypted numerous times in this network and routed via several nods, which are also referred to as onion routers. Each nod peels off a layer of encryption, but does not know the sender, the recipient, nor the contents of the message itself. So, it is effectively impossible to trace who exactly on the Internet is viewing this or that website.

That is, impossible by default, but any system has a flaw, and if you were to monitor the exit nodes and analyze the traffic, you probably could weed out some relevant information, but that means you would have to have substantial resources to process such a quantity of data, which effectively weeds out a lot of amateur surveillance players.

The Tor network was initially a CIA project that at some point was made an open-source code by its developers. This is when both digital Heaven and Hell broke loose. At the one end, we have hundreds of independent journalists exchanging important information with their sources anonymously. There are social service workers communicating with victims of domestic violence and refugees trying to provide them with all possible help online without compromising the victims’ identity and location, and allowing the victims leave no trace of his or her online activity. At the other end, we have millions and millions of drug and weapon traffickers, human traffickers and all sorts of scum doing their illegal death business anonymously, while the surveillance departments are conveniently powerless in their efforts to track them down.

Companies use Tor as a means of a secure analysis of the competing market, as well as an addition to the virtual private networks. Edward Snowden used Tor to provide The Guardian Glenn Greenwald and the Washington Post with his PRISM files.

State authorities are using Tor to secretly visit websites without compromising their IP addresses that could reveal them as police investigating on a criminal activity of the website, as well as to protect their officials from being tracked down by criminals.

Everything about Tails sounds like a privacy and security dream come true. You download the OS image, copy it to your USB dongle (if your system supports booting form a USB drive) or a disk, insert it in your computer, and reboot the machine. With a disk inside, the PC boots from it to a completely clean Tails OS, and all you have to remember is your WiFi password to start browsing anonymously. Tails makes using Tor a natural experience, and you can browse whatever you want, without leaving traces on your computer because the system does not copy data to your hard drive, but keeps it in the operating system. The moment you exit the OS, all the data is wiped. Period. Neither your PC, nor the OS disk will keep any information about your online activity. You eject the disk, and let your computer boot normally. 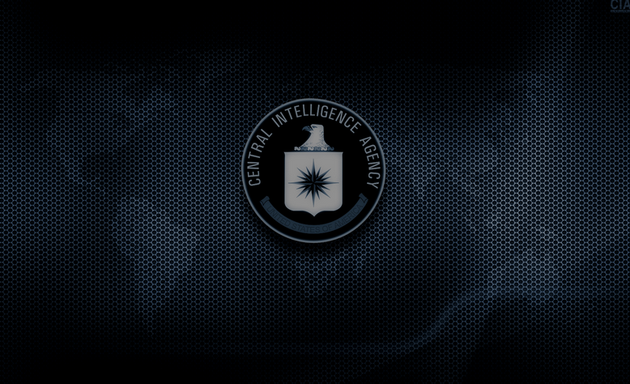 There is only one little nag here, because there is almost always something that nags me about things that seem too good to be true. Internet was indeed a CIA project. Brin and Schmidt recent leaked emails do reveal close Google connections to NSA. There’ll be no surprise when or if both Facebook and Twitter end up being linked to CIA operations in the Middle East and Eastern Europe revolutions.

What makes Tails different? It was a CIA project, and most probably was made public to justify the fact why the most dangerous criminal networks are still fully-functional.

Where does it leave a regular family guy looking to spend an hour on a virtual “dating” website? Probably, in a perfect disposition, but be careful as you open that door. Just as everything else, Tails can be used to someone’s salvation, or doom.

We will be covering some basic Tails usage soon, so stay tuned to Download3k!