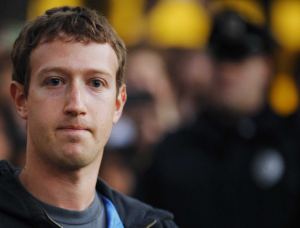 Republic of Iran bans the popular messaging app WatsApp acquired by social network Facebook for $19 million in February. The reason behind the ban is Facebook was founded by an ‘American Zionist’ Mark Zuckerberg. The move gave way to active debate among the country’s governmental institutions, some of which aim to impose a moderate social policy. The Minister of Communication of Iran gave an interview to a state news agency IRNA saying “government strictly opposes the WhatsApp ban.”

Secretary of the Committee for Determining Criminal Web Content, Abdolsamad Khorramabadi first voiced the introduction of the ban. According to him, “the reason for the ban was the transition of WhatsApp company into their property of the Facebook founder Mark Zuckerberg, who is an American Zionist.”

Khorramabadi also stresses that his committee has not yet made a decision about banning other mobile applications, such as Tango, Mshiuk or the ‘’Zionist”-owned Instagram.

Last year, Iran banned access to another messaging app, WeChat, developed by a Chinese tech giant Tencent, that is apparently not an American Zionistic company.

Speaking about the bans in Iran, both Facebook and Twitter are banned in Iran since 2009 when Mahmoud Ahmadinejad won the presidential elections, which was followed by a wave of protests actively ignited through social networks. It is possible to use social networks in Iran via proxy servers only, or via Tor or Tails walk-around.