Apple Buys Beats: a Maneuver of Secret Wisdom or Despair? 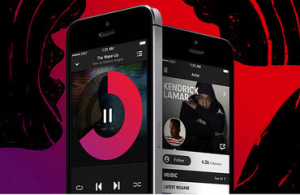 Ever since the information about the upcoming deal first leaked on the Internet last Friday, the online tech community is buzzing with speculations. Everyone is scratching their heads - what does it mean? Forbes, Time, CNet and any tech website that considers itself to be in the mainstream, started analyzing, with profound and thorough retrospections both into Apple’s and Beats’ history, but as thorough as the analysis seemed, it left more questions rather than answers. And the most nagging after-taste was an impression of Apple doing this out of despair.

First, here is the big news. Apple is buying Beats Electronics for a staggering $3.2 billion. It would have sounded ok if it were Google buying, but not Apple. The Cupertino-based bitten fruit company never made an acquisition as big as this. Besides, the deal stupefied the analysts with a number of other oddities.

Apple’s main virtue is its brand. It is a monolith one-brand company producing high-end devices - the iPod, iPad and iPhone. Beats’ main virtue is its great business success. Having produced an average product line of headphones, it also succeeded in music streaming niche, which is probably what Apple is after. But why buy the entire company - because the Beats’ founder Jimmy Iovine insisted on selling the entire company, most probably.

In fact, rumor goes that Beats was in talks with Apple back when Beats was still a promising startup, but Apple refused to buy it then just to see if the project would take off. Apple could have probably acquired Beats for significantly less dollars, but it chose to wait. Hence, it now faces a hefty purchase.

But why would Apple need Beats? The most obvious answer is its music streaming service, which is a well-established product with about 10,000 paid subscribers.

It appears Apple was unable to predict the doom of music downloads. Hence, the decline in iTunes music sales. Hence, the failure to promote the iTunes Radio service. Hence, the more successful and fast-witted Spotify and Pandora took the market share Apple wants so badly. Therefore, Apple now faces a $3.2 billion acquisition of a music streaming service, and a bunch of regular headphones.

As it is always the case with big news, if you really want to get to the bottom line, wait for a few days because there will be more details. That’s why when I stumbled upon this Bob Lefsetz concise, yet unapologetic breakdown of the upcoming acquisition, I knew he must have a point.

Bob Lefsetz is a music industry critic known for naming things for what they really are. He calls Tim Cook “an operations guy,” adding he is “clueless, the company has no vision and this [deal] is evidence of it.”

“Anybody with a brain knew that streaming was eclipsing downloads. Except at Apple, where they were adhering to Job’s philosophy. But it turns out Apple had no plan B, no streaming service ready to be launched when necessary. It’s like they never read Clayton Christensen’s Innovator’s Dilemma, despite it being vaunted in the tech press for over a decade. If you rest on your laurels, you’re going to be history, tomorrow.”

Moreover, Lefsetz went on criticizing Apple for being unable to reproduce its past success and come up with something as stellar as the once dominant iPod, iPad and iPhone. Lefsetz’ analysis confirmed my guess Apple was initially after Beats Music, not the Dre headphones, which are the core of the business in question. “Iovine insisted upon selling the whole thing. Makes sense, it gives Apple the illusion of cash flow/profit and it allows Jimmy to take his money off the table all at once.”

Lefsetz also rigorously mocked Beats for producing “nothing other than wealth. The headphones are mediocre and Beats Music is a me-too service. There’s no story here. Other than a desperate company making a deal with someone with something they need.”