Spotify, one of the major players in the field of music streaming, has recently underwent a dramatic interface change. Let's find out what has changed! 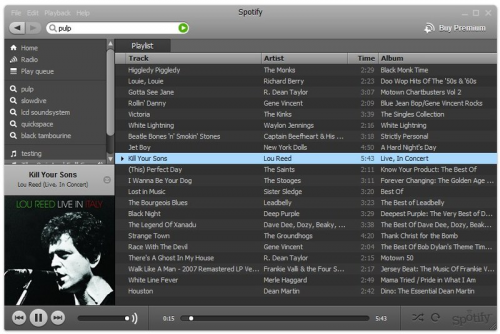 Whether or not you were a fan of the old juke-box display and those large buttons, you have to admit that its appearance was outdated from an aesthetic standpoint, but also from the functional one. In essence, considering that nowadays most of us utilize touchscreen-based smartphones, browsing through the extensive lists in order to find the track we’re looking for – even with the Starred feature – was quite annoying. It is necessary to point out the fact that Spotify’s recent revamping is actually the very first thorough one since the service was originally launched. 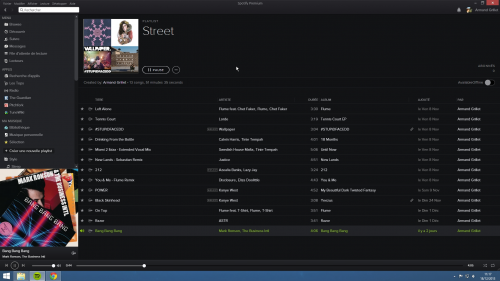 The only thing that’s left after the cosmetic surgery is the trademark green hue, which is now utilized to highlight the important function buttons of the application. A large part of Spotify’s new background thematic is a dark black and the fonts are in white. The artist pages were conferred rounded borders, whereas the albums are square shaped.

Now, if you’re thinking that all this is beginning to sound very familiar, you’re probably right. There are two reasons why the interface might not look entirely new for you: it was rolled out several days ago for the desktop version of Spotify and it’s very, very similar to the one utilized by their main competitor, Rdio. We’re not saying that Spotify copied Rdio’s interface bit by bit; rather, they assimilated all the best design features and came up with their own version of the interface.

Looking beyond the design

Spotify didn’t only change its appearance; it also introduced several key features to facilitate users’ access to the functions of the application and improve the overall experience. For example, Spotify eliminated the Starred category – well, to be more precise, it’s still there but it has the same importance as any other playlist – and replaced it with the category “Your Music”. At the same time, they’ve adopted the wholesale purchase principle, which is expected to reel in a lot of profits in the future.

#news #spotify #apps
Comments (0)
< PREVIOUS ARTICLE
Are Smartphones Today Bad For Your Kiddos?
NEXT ARTICLE >
Yahoo Takes On Netflix And HBO By Its Own Creating Original Shows