A couple of weeks ago, 3D Robotics released Solo, a drone which was said to be the best drone up to date. A few days after its release, this opinion turned into a formal, worldwide recognition, since Solo won the “Best Drone” and “Best Booth” awards from Videomaker at the annual National Association of Broadcasters (NAB for short) conference that took place in Las Vegas recently. Solo will be available in stores in May 29th and cost about $1000 (or $1400 with the GoPro gimble).

3DR had prepared a special cage for the conference, in which its experienced staff would show-off the powerful drone and its abilities. There were also plenty of Solo kiosks located where the guests would be able to try out the app-based flight simulator for Solo, which will be included with each purchase of the drone.

With all that fuzz going on during the event, even the FCC went on to visit 3DR’s booth, not due to some regulation violation, but just to see take a look at the whole thing, since everyone was really hyped about it. 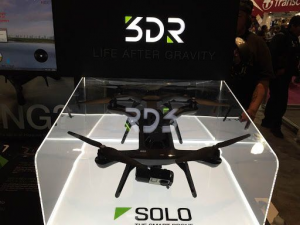 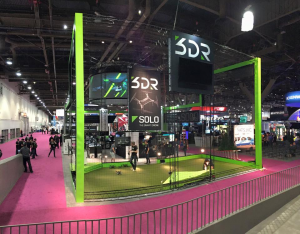 I’ll finish this article with the following words by Roger (3D Robotics blog editor), which, regardless of the whole drone-context, are very hopeful and emit a very positive energy some of us could use in order to feel a bit more motivated:

That’s the beauty of having a powerful and truly open platform: Nothing is locked in, so nothing is impossible. And I think that’s what everyone gets out of attending events like NAB, why there’s so much buzz and excitement year after year: It’s hope for the future. After all, we’re all of us open platforms, built to absorb, assimilate and adapt. And a technology that reflects that capacity isn’t just a piece of technology—we recognize its humanity. That’s where 3DR is headed with Solo: Life After Gravity.

Sway from Microsoft: A New Online Presentation App Available Now and It's Awesome
on 18 December 2014