[Part 2/2] How To Take Better Photos On Your Smartphone

If you are one of those who make their first steps into photography with their smartphone device, then this two-part article on taking better photos with a smartphone will definitely help you.

This is the second part of the guide, in which we will various features and concepts that you can try out and implement when taking photos with your smartphone. You can find the first half of the series in the link below:

[Part 1/2] How To Take Better Photos On Your Smartphone

Most cameras on modern phones have the HDR (High Dynamic Range) feature.

This is the ideal function that will help you take even better photos on your smartphone. It is especially useful in difficult lighting conditions, whether these are bright sunlight or night-time shooting.

However, there are some cases where you should not use HDR. Many smartphones have Auto-HDR enabled, so let's see when you need it and when you don’t.

Cases where you need HDR

Cases where you don’t need HDR

Understand the Rule of thirds

This is the most known rule of photography. The concept in this rule is to conceivably split the photo frame into three straight sections, both horizontally and vertically.

The main idea of the rule is that an out-of-center composition is more pleasant to the eye and looks more natural than one in which the subject is placed exactly in the middle of the frame.

In most smartphones you do not have to imagine this grid, since most cameras display these conceivable lines. The points at which these lines intersect alongside them are the right place to place the main subject of the photo, avoiding the center of the frame if possible.

The following photo shows an example of how to apply the rule of thirds. The horizon touches the horizontal line separating the top-third of the photo from the other two-thirds and the shell is located at the intersection of the two lines, which is sometimes called “power point” or “crash point”. 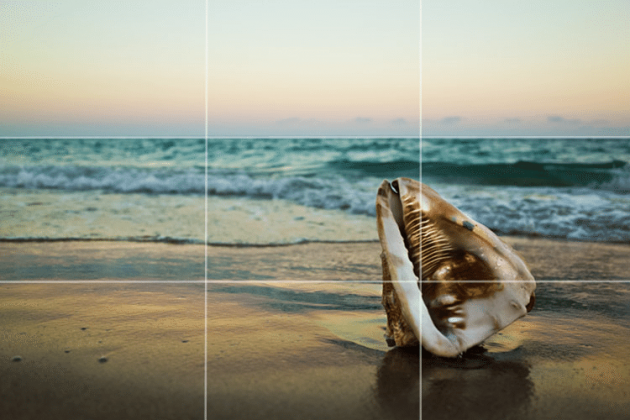 Three useful questions that you can ask yourself before taking the photo in order to understand this rule even further are:

The rule of thirds is reasonable and expected to come naturally to professional photographers. It might take some time to most novice photographers though, but through practice it will become a subconscious thought.

Digital zoom has a dramatic negative impact on image quality. The more you increase it, the worse and blurrier the photo will turn out.

The ideal solution for avoiding bad photos on your smartphone due to digital zoom is to get as close as possible to the subject you want to take the photo of.

The best photos in your smartphone also depend on correct focus. It is an issue that is widely and falsely ignored.

Auto focus is usually useful, but it may distort the image. This is very likely to happen, especially when you do not know really know what you want to have at the center of the photo.

All modern smartphones allow you to focus manually by touching the screen and focusing on the specific point you wish.

It is known to everyone that details make the difference. Close-ups on small and elegant details will give fascinating visual touches to your photos. 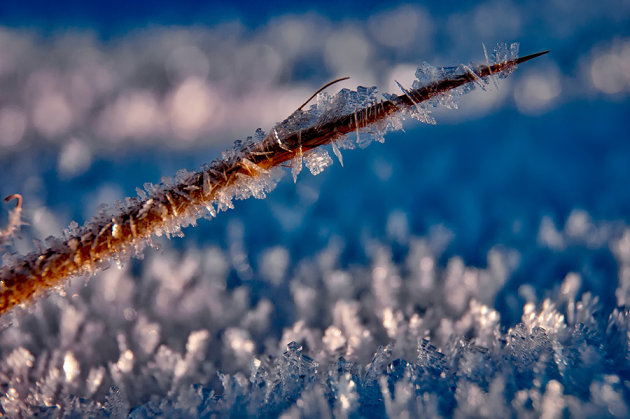 All smartphone cameras have a Macro function, the icon of which is reminiscent of a flower, and is ideal for capturing details.

If you do not wish to take photos of people and objects but natural landscapes instead, panorama mode is the most ideal feature. It makes sense for a mountain or an endless beach to require more space than what can fit into a single photo.

Panorama mode is found in almost all smartphone cameras, and does not require any special settings.

Use the highest resolution available

Although setting the smartphone to use the highest possible resolution is obvious, many people avoid it due to the large sizes of the photos created. However, if you make full use of the resolution capabilities given by the camera, you will have even better photos in your smartphone.

You must keep in mind that on many smartphone devices the screen’s quality is not as good as on a computer. This might give you the wrong idea of â€‹â€‹how good or not a photo you took is.

Although most photo apps have built-in editing functions, it is best to edit the images later on your computer. For example, if you were unable to shoot artistic black and white photos on your smartphone, you can easily do that in your computer.

Similarly, you can add effects to the photo, correct imperfections, and adjust brightness. 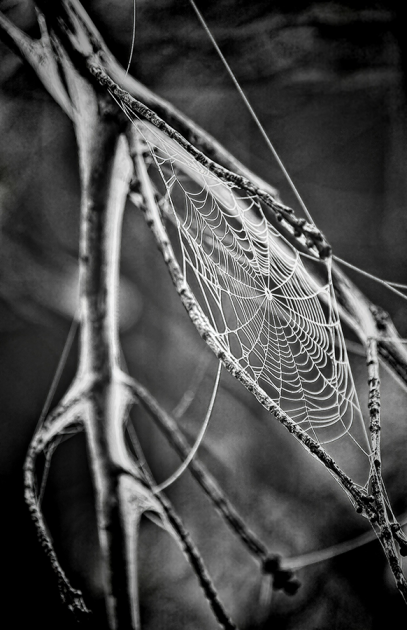 As you can see, taking photos with your mobile, apart from being an amusing activity, can also be a very creative hobby. With a bit of patience and practice, gradually you will be able to take professional-looking photos without relatively expensive equipment.

If you have any suggestions, thoughts or comments, let us know by posting in the comments section below!