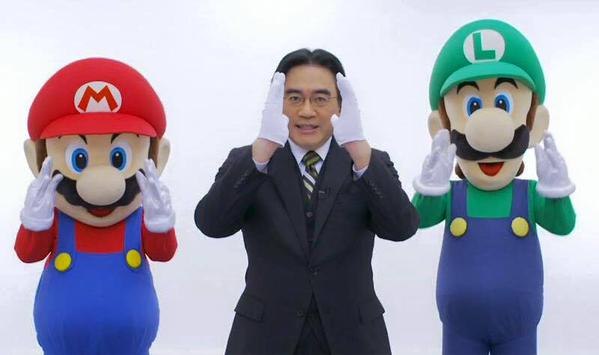 Satoru Iwata between the two most characteristic video game figures, Mario and Luigi.

Satoru Iwata, CEO and President of Nintendo, died on Saturday due to a bile duct growth, as stated in the company's announcement. Iwata was born at December 6, 1959, thus making him 55 (and a half) years old when he passed away.

Satoru Iwata started his gaming career when he joined HAL Laboratory following his graduation from university, and became the company's president in 1993. He became part of Nintendo when he was appointed as director in 2000, and then became president and representative editor after two years (2002). Then, in June 2013, he was also appointed as CEO of Nintendo of America Inc.

Iwata was only the fourth president in the history of Nintendo. Moreover, he replaced longtime president Hiroshi Yamauchi when he resigned, and he was the first president of Nintendo that did not belong to the Yamauchi family.

Genyo Takeda and Shigeru Miyamoto are the company's two remaining reresentative directors, who are already in discussion regarding its operation until a new chief executive is selected.

A couple of months ago Satoru Iwata had talked about his plans to take Nintendo games in the smartphone and tablet market, a move that was quite surprising for Nintendo fans, considering the company's unique strategy regarding their video games.

Satoru Iwata's Affection to and from the world

Satoru was truly loved by Nintendo's fans. But it was a two-way relationship; he did love the fans as well, and he always looked things from a gamer's point of view rather than from the typical economical perspective most copmanies do now. Last year, he even took a 50 percent cut on his payment in order to apologise for the company's low financial results.

On my bussiness card, I am a corporate president. In my mind, I am a game developer. But in my heart, I am a gamer.

Thank you for everything, Mr. Iwata.

Nintendo itself though decided to halt posting of updates on their social media channels today. But thousands of people related to gaming (or not) tried to express their feelings in various creative and touching ways, from simple tweets paying respects to Mr. Iwata to compassionate fan art:

"Video games are meant to be just one thing. Fun. Fun for everyone!" - Satoru Iwata #ThankYouIwata pic.twitter.com/XfeR7iYowA

It's dangerous to go alone. Take our hearts, Iwata-San. Rest in peace. #ThankYouIwata 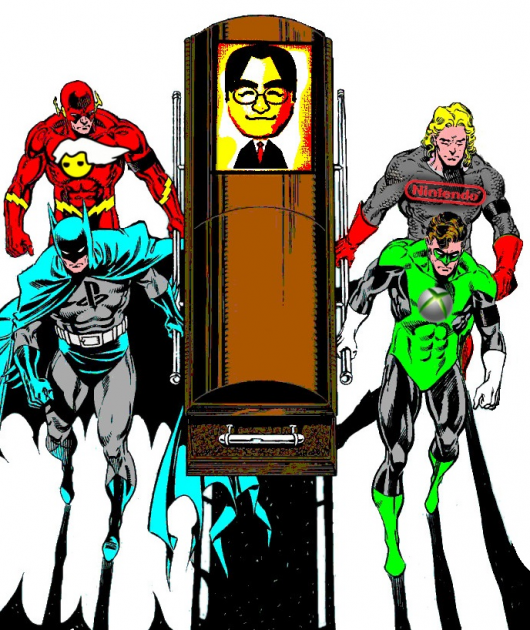 RIP Satoru Iwata, you will be missed.