Mario Kart 8 Coming on May 30. Nintendo Releases a Teaser 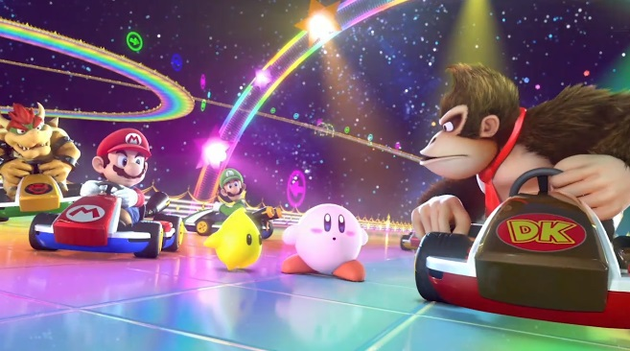 Wii U badly needs a boost in sales and Nintendo is releasing Mario Kart 8 next month. We do have to wait yet another month, but Nintendo is known for its perfectionism. The company is known for its meticulous work – Super Mario 3D world is considered to be one of the best digital worlds, flawless and detailed. You don’t achieve this by releasing games as quickly as possible just to boost sales. In most cases Nintendo games do not need endless bug fixes, unlike other developers, even the most reputable.

To anyone who has ever played a Mario Kart before, the new title will be quite familiar, with some fancy new features. In the first place, this title will have HD visuals, as well as all 7 characters from Bowser Koopaling – Roy, Wendy, Larry, Iggy, Lemmy, Morton and Ludwig besides Yoshi and the regular kart drivers. We will also see a return of motorbikes, hand gliders, underwater sections spiced up with antigravity feature on various tracks.

In addition, the new local and online multiplayer feature will enable for up to 12 players competing in the same game. If you doubt Mario Kart 8 is something worth waiting for, Nintendo has released a teaser to remind you why you love Mario Kart in the first place.