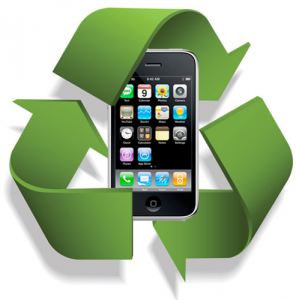 Apple made a huge announcement today – anyone can now recycle their old Apple devices for free through a unique recycling program. Perhaps even more appealing is the fact that you can send in your old devices and, if they qualify for reuse or still have value, then Apple will send you an Apple Store gift card.

Apple already launched an iPod recycling program a while ago, and has been giving gift cards as incentives in exchange for used iPhones and iPods. The company later expanded that program to allow for free recycling of all computers (including PCs, surprisingly). Now Apple has gone all the way and is offering to recycle all Apple products free of charge.

In addition to making it easier for its customers to recycle their used electronic devices, Apple has also officially announced that it will be using only renewable energy to power all of its offices, data centers, and stores. To celebrate these official announcements Apple has launched a new environmental section on its website.

Many experts agree that this is a wise and long-awaited move that will not only save Apple a tremendous amount in energy expenses in the long-term, but also drastically reduce the amount of pollution caused by the production and distribution of Apple devices.

From now on Apple will be generating most of the electricity it uses through wind and solar powered energy. Although the company will have to make an initial investment to make the switch to renewable energy, this investment will pay off hugely for both the environment and Apple's profits in the long-term.

The Greenpeace organization has stated that Apple has been one of the most aggressive and innovative companies in committing to the goal of becoming “100% renewably powered.” Apple has successfully reduced the power consumption of its devices by 57% since 2008. Impressively, the latest iMac computers use 97% less power than the original iMacs that debuted in 1998.

So What Happens to a Device When it Is Recycled By Apple?

According to the Apple website, any equipment sent to Apple for recycling is first disassembled and any components that can be reused are kept whole and integrated into other devices. Any materials that cannot be reused are broken down and reprocessed so that they can be used to manufacture new devices.

Apple says that “all glass and metal components can be reprocessed and refined for use in new devices. Furthermore, most plastics can be pelletized into a secondary material and then used in the production of new devices. Overall, Apple says it is able to recover about 90% of the weight of a recycled item. That means 90% of what you recycle gets reused and the other 10% is safely disposed of.

How Will Consumers Recycle Their Apple Devices?

A statement made by Apple's vice president of environmental initiatives Lisa Jackson on the company's official website says that “every Apple retail store will now take back Apple products for free and recycle them responsibly.” This is part of what Apple has called “being responsible for every Apple product at every stage of its life.” So they're even making it easy – just take your old device to any official Apple retail store and hand it to the clerk for easy recycling!