TweetDeck has a long history of both glory and user rejection. It once was a go-to Twitter desktop client, with mobile apps for Android and iOS. Those days are gone, and ever since Twitter acquired TweetDeck, the client got skinned off a lot of its features, and both Android and iOS apps are long history. Whatever was the reason why Twitter chose to limit TweetDeck users in functionality is a rhetoric question. Let us see what TweetDeck is now, and how you can benefit from the leftovers of its functionality.

I'd start with the conclusion - if you are looking for a bit more functionality than the regular Twitter web interface, by all means TweetDeck answers your concerns.

Its key advantages are:

Having said that, it's a relief there is no need to install a standalone program, and it has a Chrome add-on. No Firefox extension, unfortunately. There is no difference between the Chrome add-on and the regular TweetDeck web app accessible from any other browser, neither in functionality, nor in UI.

Overall, the UI is quite simple to sort out and start customizing.

Currently, you can switch between two color schemes for TweetDeck - light and dark. It is also possible to choose between several options for column sizes - narrow, medium and wide; as well as choose font size - from smallest to largest. That's it. It is enough for TweetDeck first-timers, but a faint reminder of what TweetDeck used to be. 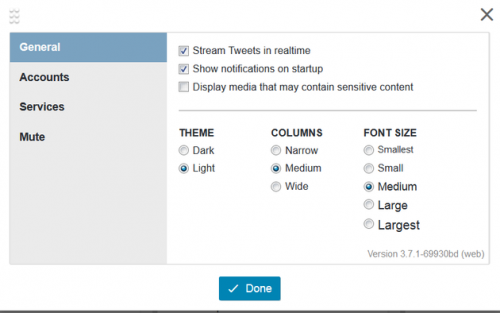 There is no Global Filter option, alas, but you have the Mute option, which lets you mute users, sources or key words. So, you can filter your feed and weed out the content you don't want to see. Additionally, you can mute a nuisance friend without Unfollowing him, thus avoiding further skirmish. 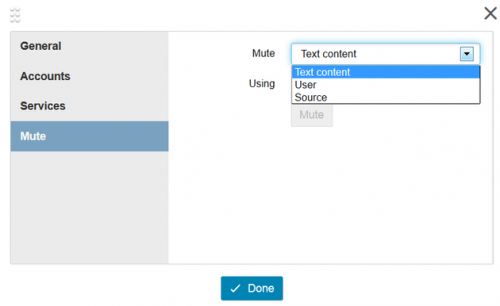 Check out the '+' Add Column button - here you can add more columns to your TweetDeck panel, and see everything you want to have handy, from home page, to customized lists, direct messages, mentions, notifications, scheduled tweets, lists, favorites, activity of all accounts, followers, a specific user's feed, collections, trending and more.

You can change columns' order by simply drag-and-dropping; or delete a column by clicking on the column's icon and navigating to Remove option. From there, you can also edit column's options and share it.

Columns layout is the greatest virtue of TweetDeck as it is now, so you customize your feed the way that suits you best. For example, you can create a list for your friends' feed and create a standalone column for it. That way, your friends' tweets won't get lost in the middle of a billion news tweets published by websites you subscribed to. Likewise, you can create a special List and set it to a column for news tweets, work-related, promotions, Android discounts or Steam offers, you name it. 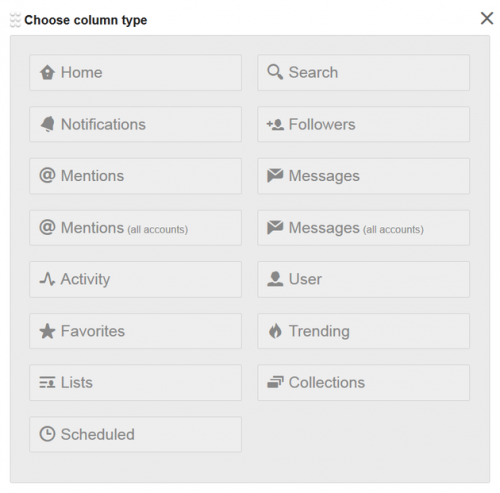 This is another great virtue of TweetDeck, which enables you to schedule your Tweets or direct messages, as well as add images to them. TweetDeck will post your scheduled tweets even if you log out, so you can automate the process.

The downside here is posting a new tweet, or create a scheduled tweet, with a link to an article is the copy-paste manual job. There is no quick workaround here - you copy-paste the title and then the link. Gone are the nifty features that once were here.

You can create a dedicated column for your Scheduled tweets, and if you manage a shared account, your co-workers will be able to see scheduled tweets and edit them when necessary.

Here is how to create scheduled tweets: 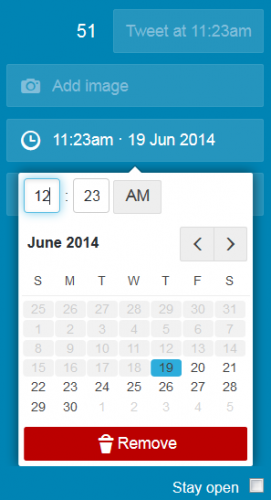 Enter the text, add image if necessary
Select the date and time (no tweeting in past dates is allowed)
Click Tweet at *** button
If you have a dedicated column for Scheduled Tweets, you will be able to see the recently created scheduled tweet there. Once it's posted, it's gone from the list. 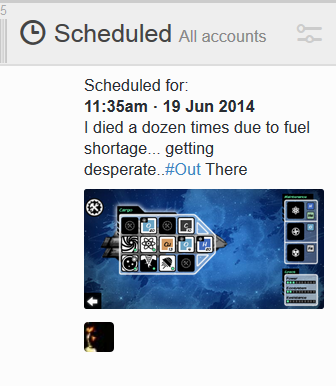 If you created lists in Twitter, you can manage and edit them from TweetDeck, and it's a bit more convenient, even though there still isn't a way to bulk-select people you follow and add them to a list. Instead, you click on Lists -> see the lists and select the one you wish to edit -> and click Edit. 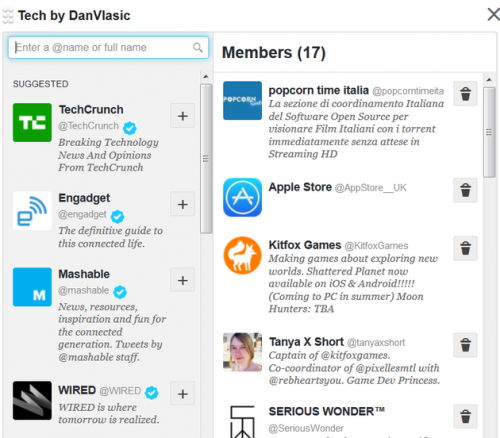 • Ability to manage multiple Twitter accounts from a single UI, without having to log in and out.
• Multiple customizable columns
• Mute option to weed out unwanted users, keywords or sources
• Fairly customizable UI
• Ease of use
• Scheduled tweets with images
• Chrome add-on
• Accessibility via web browser, no need to install a program
• New feature: embed tweet into a new tweet

• Manual copy-paste to share links to articles, news, video
• Manual input of usernames to Lists
• No other social network is integrated, so TweetDeck is Twitter-exclusive
• No mobile app, but TweetDeck can be accessed and managed via a web browser on your mobile device

We will review Hootsuite and publish a comparison overview of the two services. It's worth mentioning Hootsuite has a mobile app, whereas TweetDeck doesn't, but can be managed from a mobile web browser.

If you are not interested in connecting apps to your Twitter account, you can check out this overview of ways to filter your Twitter feed. Also, here is a guide on how to delete your Tweets in bulk, in case you wonder how to overcome that awful restriction, which makes it impossible to delete all your Tweets at once from within Twitter itself.

TweetDeck is a good web/desktop app or Chrome add-on that allows you to manage your Twitter account, or multiple accounts in a more convenient UI than that of the regular Twitter web UI. Its columns layout, scheduled tweets, and a single-page UI make it a far more advanced app than the initial web Twitter, but there is a consistent feeling of missing functionality that's been cut out. However, for TweetDeck first-timers it just might be the solution.

There is one nag about TweetDeck, however, and it's the recent XSS hack that scared the heck out of everyone, and even took over some high-profile accounts for a while. It made everyone change passwords and revoke access to TweetDeck, getting back to the basics - the web. However, Twitter fixed the vulnerability quickly, but the fact that the exactly same vulnerability was already  discovered, exploited and patched in Twitter in 2011 is somewhat discomforting.