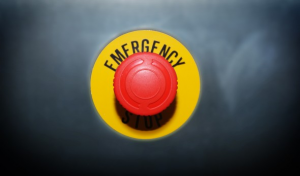 New plans are afoot to add a theft prevention feature to new Android and Windows Phone operating systems to essentially render a device unusable once the “kill switch” has been thrown.

A message would be sent to the handset or tablet to turn off the operating system and prevent the device from being activated again. The idea behind this is to provide a disincentive to mobile device thieves.

Authorities have for some time requested this type of feature to be added in order to cut down the instances of theft most often from crimes of opportunity where a phone or tablet is snatched when it is put down for sometimes mere seconds.

The Apple iPhone 5S included a new feature to offer fingerprint identification as one method to unlock the phone. However, the latest iOS 7 also included new features including the ability to remotely mark an iPhone as stolen.

If someone tries to replace the iOS with a fresh copy in order to change the Apple ID, the system can prevent this from being accepted unless the new “owner” knows the password for the existing Apple ID. Therefore, unless a thief stops to ask the victim what their Apple ID is, they're likely to discover that the Apple device is not usable for long.

Some Thefts Down, Others Up

Since the lock-down features were introduced in iOS 7 six months' ago, reports of iPhone robberies have fallen 24% in London and in San Francisco by as much as 38%. Over 3 million devices were stolen in the States during 2013, which is 100% higher than the year before.

The problem of phone theft is not unique to America or the U.K. though, as even Colombia saw 1 million device thefts in 2013 and roughly one third of Europeans suffered a mobile device theft last year.

Correspondingly, while the number of iPhone thefts dropped markedly, thieves took note of the changes and switched tactics to target Android, Windows Phone, Blackberry and other platforms instead.

The forthcoming Android OS 4.5 will feature the new “kill switch” option. A subsequent Windows Phone upgrade will also include something with similar “kill switch” functionality.

Some observers are concerned about the risk of the actual kill signal being hacked and used to kill the phones of other people who have not lost their phones or tablets at all.

Should the stolen device by turned off or set to aeroplane mode where no cellular signal is being picked up then the device will not be disabled by a kill switch.

A hard type of kill switch is intended to make the device completely unusable for future use.

A soft type of kill switch is supposed to make it so that only the true owner of the device can continue to use it, which leaves open the potential to get a device back and for the owner to use it once again.

There will be different approaches from Google and Microsoft as to how they choose to implement their kill switch feature. Time will tell which is safest for the consumer.

#news #windows phone #android
Comments (0)
< PREVIOUS ARTICLE
How to create a desktop shortcut for the elevated command prompt or pin it to taskbar in Windows 8, 10
NEXT ARTICLE >
BitCoin Buyers Annoyed At US Government For Leaking List of Potential Bidders