Last week, we covered an awesome mobile game Timelines: Assault on America released under the Strategy First umbrella and developed by a Hungarian indie studio 4Flash. Read their interview to find out how a group of 4 passionate people created a massive cross-platform RTS, how long it took them and their path to success. 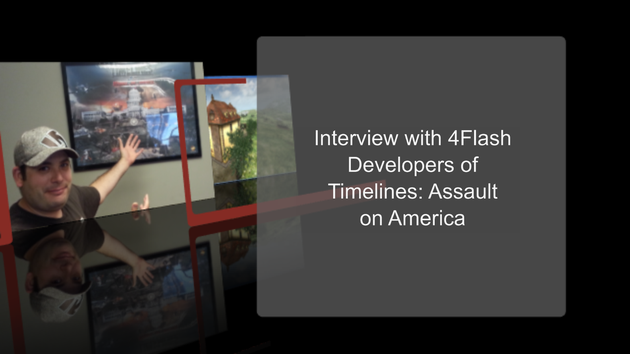 Let us begin with a little bit of introduction – tell our readers about 4Flash, please. Who are the masterminds behind Timelines: Assault on America?

4Flash: Hello, Thank you for your interest in `Timelines: Assault on America`. 4Flash was founded in late 2009. We are a small and determined game developer based in Hungary. The core team consists of Levente Sédtői, who is our artist and game designer. Our programmer is Norbert Kett. Our CEO Krisztián Földi is currently based in Japan, which wouldn’t have been possible 30 years ago. Today, although he is in Japan, with all the technology <working together> is just as easily as in the next room. We also employ a part-time programmer by the name of András Bondor; he is specifically involved in AI and Android. 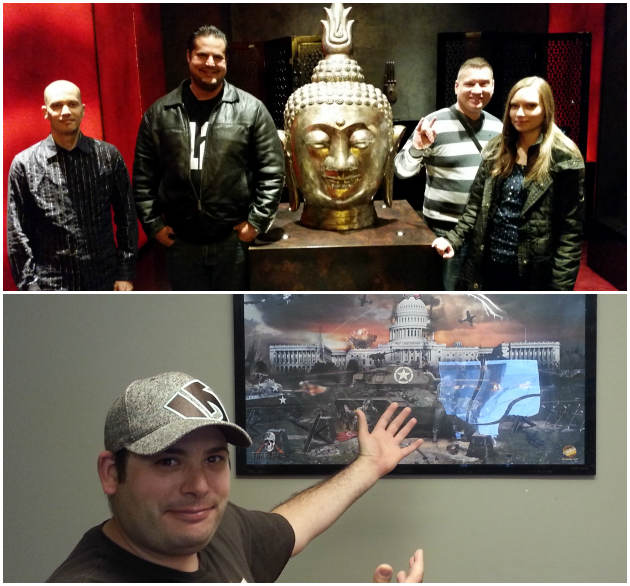 Is Timelines: Assault on America your first game?

4Flash: As a company, `Timelines: Assualt on America` is our first game. However, my colleagues and I have worked on several titles each. We have released games on several platforms as well. Both Levente and I (Norbert) previously worked together at EIDOS, in Hungary.

Later on, in 2009 we were confident enough with our experience at EIDOS Hungary to form 4Flash. The production name of `Timelines: Assault on America` was Sword Of Justice. We first experimented with the Irrlicht render engine. Here is a picture of a very early PC prototype. Later on we moved to the Horde3D render engine. 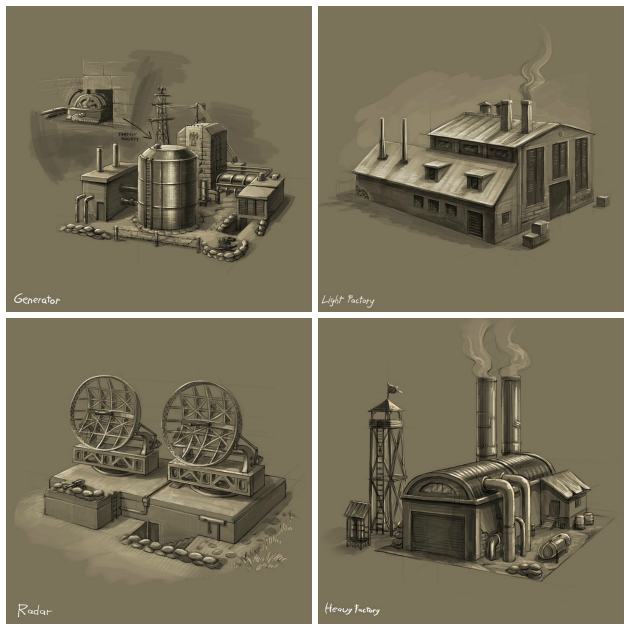 How did you get the idea of the game?

4Flash: In 2009, Levente was thinking of developing a simple RTS with tanks for the PC. The campaign would focus on Hungary. When we contacted Strategy First they advised that we should have a more global approach. After discussions we both agreed that a game that involved the United States and Europe would be more compelling. To allow us more freedom we agreed on an alternative universe where things that are familiar, improbable and impossible occurred. Which is what `Timelines: Assault of America` is.

How did you land a Strategy First license?

4Flash: After we terminated our Kickstarter campain and Steam greenlight campaign, we sent out e-mails to everyone around the world. Strategy First was the first to provide a positive response with some constructive feedback. After several discussions and a meeting with Strategy First in Vienna, we contracted SFI for finishing the game for both PC and mobile. We got lot of support from SFI. I mean voice overs, localization, QA, feature ideas, and much more. 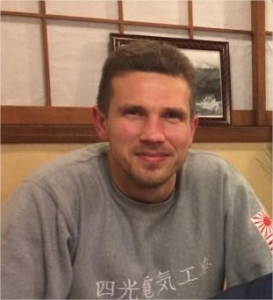 Was it your intention to port TAA to mobile right from the start when the desktop version launched, or did you make that decision based on mobile market growth?

4Flash: We always wanted to deliver a quality game on as many platforms as possible. We had this idea that it would be great to have a multiplayer game that was cross platform. That idea was very exciting to us.

How long did it take you to complete the two mobile ports?

4Flash: In 2012, we thought about an iOS version. We developed a prototype for the iPad this was about late 2013. Our new objective at this time was to develop the PC version. Once we launched on PC, we incorporated all the feedback that we received from the community. With this new knowledge and insight we were in a position to upgrade and improve on our mobile efforts. There are numerous improvements due to our feedback. We implemented new features as well. For example, we made our own game server, which will allow us to serve all platforms.

How many people are working on the mobile project of TAA?

4Flash: We are a passionate team and the entire team that worked on the PC version is also dedicated to the mobile version. This is great as we don’t lose any continuity and passion for the product.

What was the main challenge in porting a game of this scale to mobile?

4Flash: Our biggest challenge involves optimizing the game code. Initially the game was planned for PC. The unit count can be up to 500 in a 2 vs 2 multiplayer match. And all moving units raytracing the 3D environment in real time. There are other challenges that would come up with the 3D environment, because our terrain system requires a lot of textures and geometry. The minimum target hardware for mobile devices is dualcore 1GHz mobile CPU with 1G RAM. Nothing we couldn’t handle. 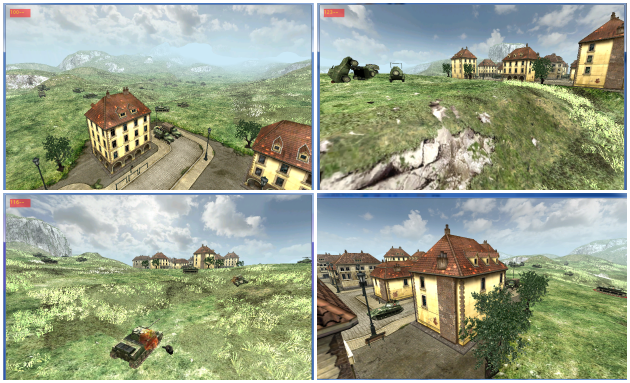 Are you happy with the user feedback for the mobile version so far? (I find it pretty unfair when users leave a 1 star rating just because their device is not supported, yet, while those who have played the game are really happy with it.)

4Flash: Good point! Yes, this is bit annoying, when they say „the game deserves five stars, but I give one, because it is not fully free”. The other main reason for one star when someone is trying to play on an unsupported device. This is due to the weakness of the Apple store, and the Google play store in this area, because the proper device restriction is missing from both.

From the real players we are getting surprisingly good feedback. The game seems good so far :)

What prompted you to resort to freemium model, and let customers play three missions and 10 hours of multiplayer for free, instead of making TAA a solely premium game? Has the freemium model proven efficient in this case, with some users getting outright mad that the game is not free? Likewise, have you considered an ad-supported version?

4Flash: We might consider another models, it depends on StrategyFirst, too. Later, we can imagine an extended version with much more content as a premium version, or a full free lite version with ads.

On a personal note, how many times have you played TAA? What is your favorite scenario?

4Flash: We didn`t count the times, it’s endless and fun. I am sure it is a very huge number. Imagine five years of development. My favorite map is #5, and #12. Map 5 is divided by a river, and only four bridges provide the crossing over it. Map 12 is fully flat, but filled with a lot of buildings, and you can hide behind them. And we have a nice winter map too, but this is accessible only on PC, yet. 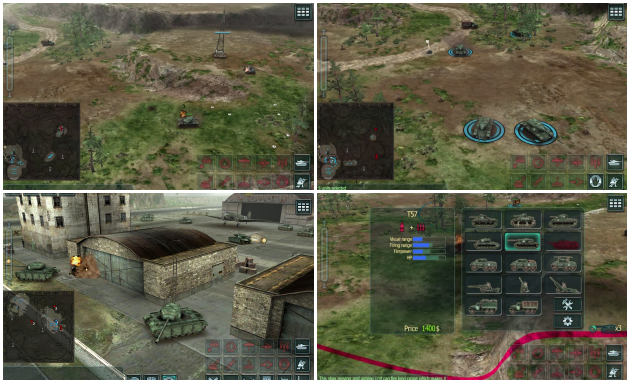 Would you care to share a few TAA tips and tricks with our readers?

4Flash: Sure! The most important is, the rushing does not work in this engine, it’s not the best strategy. Of course you can beat the enemy with 10x overpower, but this is expensive. You can build proper defense lines with a few well selected units. Use the mine layering, and the bombing. If you are playing against the AI, the first target should be its deployed cannons. A good bomb drop can eliminate them. The most important unit maybe is the commander. He is the eye of the army. Always carry some commander with your moving group. And finally, read the built-in help :)

Now that the mobile game has launched, what is the main challenge – releasing updates with some fixes/changes, maybe marketing, or have you moved to the next project already?

4Flash: First, we want to release the game for iPhone, too. Then, we have several plans to improve the game, and keep it interesting. More campaigns, winter setting, more multiplayer modes, all is possible.

Is there any promotion/discount campaign you are planning any time soon, when players can get a discount, or a freebie? Like a one day 100% off on May 8th?

SFI: We have several options that are coming out. You will just have to visit the game page from time to time or read the press releases for full details.

How many people are playing TAA on all platforms roughly?

4Flash: We counted ~30.000 downloads so far. And most of them are Russians, or speak Russian. We have other promotional activities that will take place, which should increase the number. 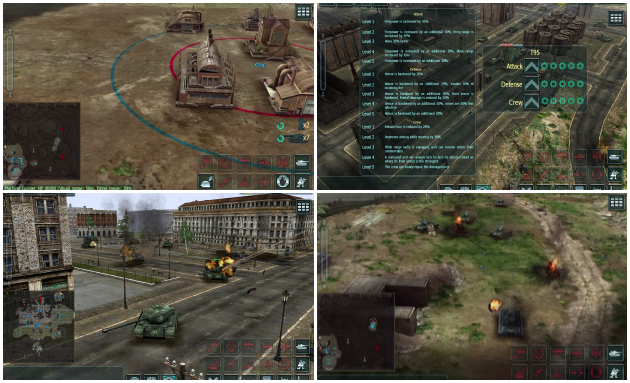 TAA reminds us that great RTS games are possible on the mobile platform. Are there any paragon RTS titles on mobile you were looking up to while working on TAA?

Some novice players may find the game a bit intimidating. Would you explain how the AI works its magic to adjust to a player's skill level?

4Flash: This game obviously requires a certain amount of strategy, and thinking. The AI is adopting to the player's skill level in real time. If the player plays successfully, the AI becomes harder. If the player is losing too much units or towers, the AI turns down its own aggression. Several parameters get measured.

We usually ask developers to share their Top 5 or something list of favorite games – what are yours? What games do people at 4Flash like to play?

Norbert: My all time favorite game is the Elder Scrolls series :) As for mobile games, I spent many time with Galaxy on Fire 2, and Gems of War.

You are making games, which means you are probably glued to your devices most of the time. What hobbies do you/your colleagues have when you disconnect from the tech, or do you ever?

Norbert: You are right, we spend so much time with our devices. You might be surprised, but I have no smartphone, yet :) We have several devices for developing, but personally I own a feature phone, and waiting for a proper smartphone with minimum one week run time without recharging :) I like to watch movies.

4Flash: Thank you for these good questions :) Soon we will setup a game forum where the players can ask, and find any kind of information about the game.

We thank Norbert Kett and the guys and girls at 4Flash for taking their time to answer our questions, and wish them all the best in their work on Timelines: Assault on America!