Avast is one of Today's top antivirus leading companies, whose vision of providing a Free antivirus solution to every PC has helped shape the world of computer security as we know it now.

The company's roots can be traced to 1988, when co-founders Eduard Kučera and Pavel Baudiš tackled the 'Vienna' virus and released the first Avast antivirus. 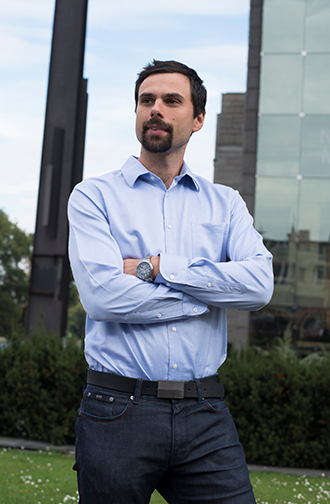 Ondřej Vlček joined Avast in 1995 as a software engineer and wrote the first antivirus software for Windows 95. In the following years he became a key person in Avast's team. Moving up the ranks, he was Chief Developer in 2003, Chief Technical Officer from 2007, and now we got the chance to speak with him while leading Avast as Chief Operations Officer (COO).

Without further ado, here's what he shared with us.

1. What are the major changes in the 2015 version of Avast? What's changed under the hood?

On the surface, users will notice Avast 2015 comes with a simpler user interface and less popups. What’s really important, though, are the new features and functionalities. We have added some new and exciting features to Avast 2015, including Home Network Security, Secure DNS, and HTTPS Scanning. Home Network Security scans a user’s home network and routers for potential security issues, exposing weak or default passwords, vulnerable routers, compromised Internet connections, and enabled, but not protected, IPv6. Secure DNS prevents DNS hijacking by encrypting the traffic between an Avast-protected device and our DNS server to ensure that users aren’t unknowingly directed to hijacked sites. HTTPS scanning, a new Web Shield feature, scans HTTPS (encrypted) traffic for malware and threats. This is important as more than 30% of all web traffic today is HTTPS. Aside from that we added Smart Scan, allowing users to scan everything with one click, an awards program to increase user engagement, and improved many of our existing features, such as DeepScreen, Software Updater, SafeZone, and Avast Online Security.

2. Tell us more about the Home Network Security feature.

Consumers are connecting more and more smart devices like TVs, watches, thermostats, and baby monitors to the Internet, causing a shift in security needs from PC to the home network. All of these devices are typically connected via the home router, which has thus become a central connectivity hub of the homes. But with that, it has also become a target for the attackers. Our recent study has shown that routers in the home are not adequately protected and are therefore at risk of getting hacked, which is why we created Home Network Security. Home Network Security scans a user’s home network and routers for potential security issues, exposing weak or default passwords, vulnerable routers, compromised Internet connections, and enabled, but not protected, IPv6.

3. Avast was one of the first companies to launch a successful Free edition of their antivirus. While other powerful competitors like Kaspersky or Norton offer shareware versions only, the Free AV industry seems to be growing rapidly. How do you see this evolution? Will the business model change drastically in the next years? Will all home based computers switch to a Free solution? Will the Premium packages drop their prices?

We introduced free antivirus protection because we believe that all computer users deserve protection from harmful threats, and that computer safety should not be a luxury only a few can afford. Nowadays apps, Wi-Fi, and more and more software are offered for free and people are beginning to expect free online services. I think this trend will continue and many businesses may be forced to adjust. You can see this shift already; security vendors are increasingly concentrating on enterprise solutions instead of consumer solutions, as businesses still purchase premium solutions. This may, however, also change soon.

Now, in case of Avast, we really love our free users. Not only do they help us market and distribute the product (via “word-of-mouth” marketing – the most powerful marketing strategy there is), but also, they are indispensable for the quality of the product. Let me explain how this works in a bit more detail. For Avast, every user is a security sensor. That is, we collect large amounts of anonymized security data from our users and use that data to provide the best around-the-clock protection for the entire user base. Computer security today is really a big data problem and thanks to our huge, more than 220 million, user base we have the best data around.

4. How about mobile? Is this growing market your main challenge now?

Mobile has become a major focus of ours, as it is a rapidly growing market, according to IDC data from January 2014, vendors shipped more than 1 million smartphones worldwide in 2013. Avast Mobile Security recently achieved an important milestone, surpassing 100 million downloads faster than any other security application in history on Google Play.

5. Is the Free Windows edition your most successful edition out of the entire product line? Can you share some usage numbers with us?

Yes, the majority of our user base is made up of Avast Free Antivirus users. Various market share reports confirm that our free solution alone is used by about 20% of all consumer PCs worldwide.

6. In your opinion, what user practices and behaviors jeopardize their privacy and security most of all?

Connecting to public Wi-Fi that does not require a password is something many people do, but what most people don’t realize is that when you connect to open Wi-Fi and don’t use a VPN protection (Virtual Private Network), you jeopardize your security and privacy. Tools easily found online can allow hackers to watch your every move while connected to public Wi-Fi. A VPN creates a virtual shield and tunnels traffic to a proxy server. The proxy server protects your personal data, thus preventing hackers from accessing your files and other sensitive information stored on your device. A VPN also anonymizes you and virtually changes your location, an added plus for when you are traveling and want to access content from home that may otherwise be blocked. AVAST has an easy, one click solution: Avast SecureLine VPN (available for Android, iOS, and PC).

Other practices that jeopardize security are opening attachments or links from unknown senders, using weak passwords and the same username and password combination for home routers and multiple accounts, failing to update software and browsers to their newest versions, and failing to use antivirus protection.

7. Do you have any browser recommendations, or personal preferences?

I personally use and recommend Google Chrome, which updates itself and is compatible with nearly all versions of Windows.

8. Having developed security apps for both Android and iOS, strictly from your point of view, which mobile OS (iOS or Android) is more vulnerable?

Android is more vulnerable to malware attacks than iOS. This is caused primarily by the fact that iOS is a much more closed system. However, that doesn’t mean that iOS users are immune to Internet threats. Social engineering attacks, such as various scam sites and phishing emails, target all platforms; server side attacks affect iOS users just as much as Android users, as seen with the recent iCloud hacks; and finally, network-based attacks (such as DNS hijacks of the home router) work equally well on iOS and Android (and Windows and Mac, for that matter).

9. What about Windows vs. Mac vulnerabilities? What's safer at this point in time?

Macs are still less vulnerable than Windows PCs, but this is not really because the MAc OS is more secure. Instead, it is simply because Macs are used less. There is some inherent safety in small numbers. Cybercrooks today are also making business driven-decisions and their resources are not limitless. So they are often faced with the decision whether to create malware for Windows (93% of computers world-wide), or Macs (7% of computers world-wide). Quite naturally, the vast majority go with Windows. With that said, the number of Mac users is increasing, making the number of potential unprotected targets larger and therefore more interesting for the bad guys.

In any case, threats are no longer just targeting devices, but accounts and routers. A recent example is the iCloud hack where cybercrooks stole personal photos of more than 100 celebrities, including Jennifer Lawrence and Kate Upton. This attack happened via their account and can as well be the result of a router hack. No matter which device you use, all Internet traffic flows through your router so you have to make sure it is secure. You don’t have to be Jennifer Lawrence to be attacked.

10. Modern tech people are focused on productivity 24/7, but is there life outside work for you? How do you balance work/private life? What are your hobbies (sports, outdoor activities, partying, anything applicable)?

In my free time I enjoy spending time with my family – I have 3 young boys so there is never shortage of fun – and traveling. I am also a big fan of fine Italian wines.

Download3k thanks Ondřej Vlček for his time and invaluable insights, and wish him perpetual inspiration in his daily fight against malware.