Home
Articles
How to Run Android Apps in the Chrome Browser on Any PC Running Windows, Mac, or Linux

How to Run Android Apps in the Chrome Browser on Any PC Running Windows, Mac, or Linux 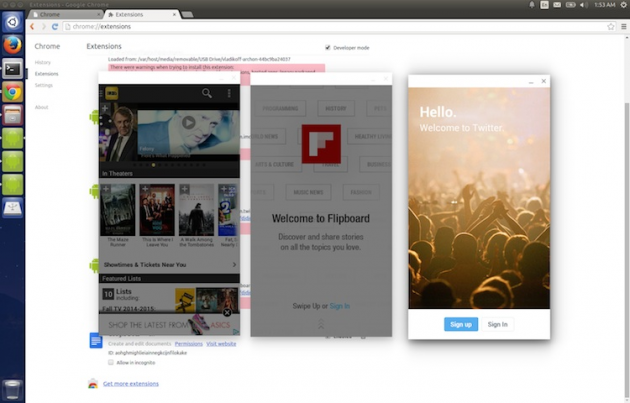 Back in September of last year Google made the announcement that Chrome OS would start supporting Android apps. Soon after that they showcased Chrome-compatible versions of four popular Android apps (Vine, Evernote, Duolingo, and Sight Words) in the Chrome Web Store, while also promising to work with developers in the coming months to bring more popular Android apps to Chrome.

This was huge news for users of Chrome OS, but it still wasn't possible to run Android apps inside the Chrome browser outside of Chrome OS, and only those four apps were available. That is, until an ambitious developer came along and created a custom runtime that lets any Android app run on any PC that can run the Chrome web browser.

Google's introduction of the App Runtime for Chrome (ARC) is what allowed the four aforementioned apps to run in Chrome. For the first time, ARC let Android apps work in the Chrome browser the same way they operate in the original Android RunTime (ART) inside Android OS.

Thus, Google's ARC is essentially a tweaked version of ART, modified to work as an extension for the Chrome browser. This moves makes it much easier for developers to make their apps compatible with the Chrome browser (and Chrome Web Store) without having to rebuild the entire app from scratch.

Unfortunately, Google only designed ARC to work with Chrome OS (the operating system that runs Chromebooks), so originally, you could only use ARC to run Android apps in the Chrome browser within Chrome OS. 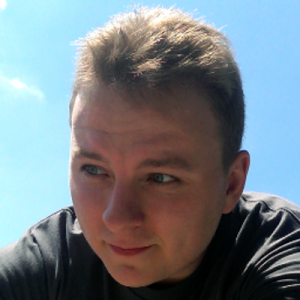 To get around this problem, a developer by the name of Vlad Filippov (vladikoff) produced the ARChon Custom Runtime, a modified version of Google's ARC that lets the Chrome web browser run Android apps on any PC running Windows, Mac OS X, or Linux.

Vlad also modified the runtime to let the user run an unlimited number of apps simultaneously (in the original ARC runtime there was a limit on how many apps could be run in Chrome at the same time), and he published an accompanying series of guides showing how the ARChon Custom Runtime can be used to convert any Android app into a Chrome extension.

Now that we've discussed the background and technical details behind running Android apps in the Chrome web browser, let's take a look at what you'll need to make it happen:

Note: Some users of 32-bit systems running Windows 7 or older have complained about bugs. If you're running any recent version of Mac OS X or Linux, or a 64-bit version of Windows, you should have no problem making it work.

Creating the ARChon Custom Runtime was probably difficult for vladikoff, but luckily for us, the resulting process of running an Android app in Chrome can be simplified into a couple of steps:

As we explained above, this whole method relies on the ARChon Custom Runtime (which we'll refer to as ARChon from here on). Presuming you already have a computer with the latest version of Chrome installed, the first step is to install ARChon. So here's a step-by-step guide to downloading and installing ARChon:

1. Choose a version of ARChon to download. For reliability's sake, we recommend choosing the stable version over the beta version: 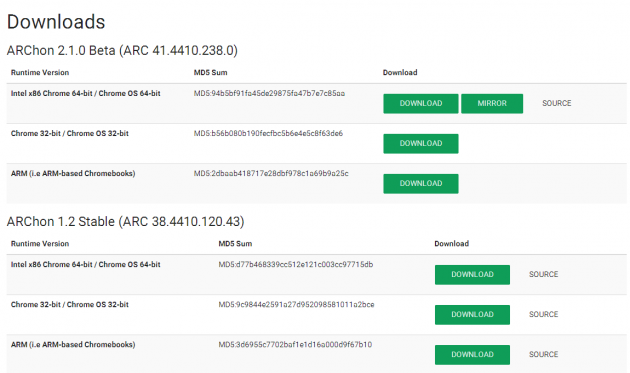 2. Extract the files from the zip file you just downloaded. You can use a program like WinZip or 7-Zip in Windows. Mac OS X has an unzipping tool built-in, and in Linux you can use one of these four methods. Regardless of which unzipping utility you use, make sure you extract all of the files to their own folder, and take note of that folder's location: 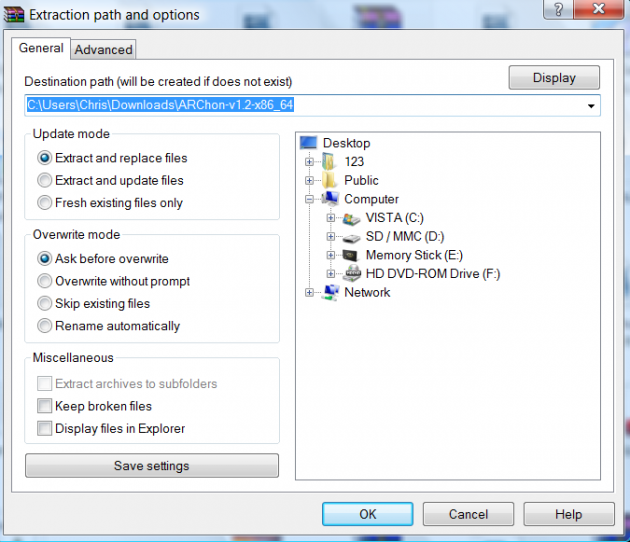 3. Open the 'Extensions' menu in Chrome by clicking the stacked Menu icon in the top right corner of the browser, then select More Tools, followed by Extensions: 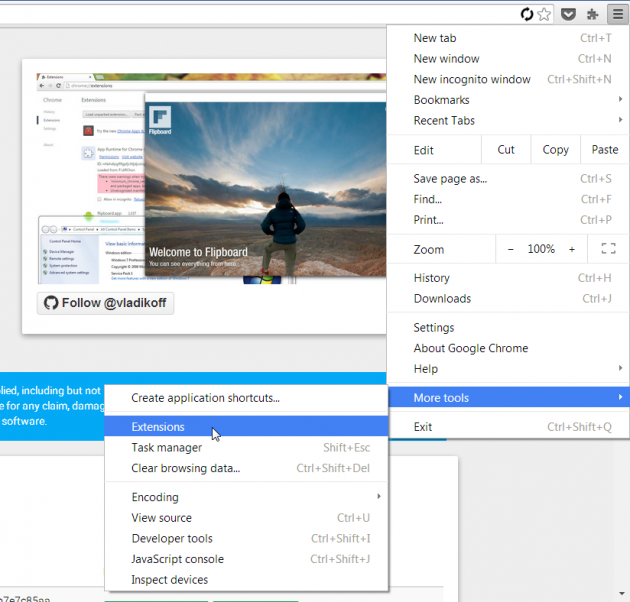 4. Check the 'Developer Mode' box in the top right corner of the Extensions menu:

6. Navigate to the folder you saved the ARChon runtime to: 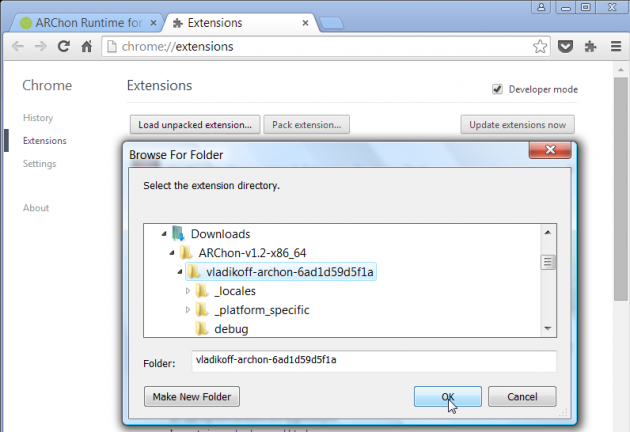 When you're done with the above steps you should have the ARChon Custom Runtime running in Chrome as an extension. Keep in mind you may encounter a few warnings after installing the extension (pictured below). Don't worry this is supposed to happen:

Once you've installed ARChon in Chrome you'll instantly be able to install any of the Chrome apps that have already been modified to run in Chrome. The ChromeAPKs reddit page provides access to a continually updated list of Android apps that have been converted to Chrome extensions (we'll link to that list in the next step). If the Android app you want to run in Chrome has not yet been converted, don't worry, as you can easily modify any Android app to become compatible with Chrome, which we'll also cover later in this guide. Let's start by running your first Android app in Chrome.

The fastest way to start running Android apps in Chrome is to choose an app that has already had its APK modified. An APK, or Android Package, is essentially the setup file used to install an Android app. When you download an app from the Google Play Store, you're actually downloading the app's APK file, which then performs the app installation when unpackaged. With that said, step 2 is to pick an app, download the APK, and install it in Chrome:

Once you've downloaded the app's Chrome APK, you can install it in Chrome the same way you installed ARChon:

Now the app should be installed as a Chrome extension and you should see it on the list of extensions. To launch the app, click the 'Launch' link in the Extensions menu. You may see another error below the new extension as well:

You can also quickly access the newly installed app via the Chrome App Launcher.

If the Android app you wanted to run in Chrome isn't yet included on the list of Chrome APKs linked to above, don't worry, as there are several simple ways to do it yourself. Follow these steps to convert any Android app to run as an extension in Chrome:

First, if you're doing this on a PC it would be wise to use the Evozi APK Downloader to find and download the APK for the app you want to run in Chrome. This is essentially a database of Android APKs that anyone can access on any device, so it's a quick way to get around the “this app is not supported on your device” message in the Google Play Store, or to access apps that have already been pulled from the Play Store. Of course, you can also try other download sites for Android App APKs.

Once you have your APK downloaded, use one of these three methods to convert it into a Chrome APK:

Not associated with Miley Cyrus, or any of her relentless attempts at “twerking,” this powerful extension for the Chrome browser makes it easy to package Android app APKs into extensions that can be run in Chrome (provided you've already installed the ARChon Custom Runtime of course). Here's how to use it:

1. So the first step is to get the APK for the Android app you want to run in Chrome. You can do this by copying the link to the app's official page in the Google Play Store and pasting it into the field on apps.evozi.com. This will give you a direct download link to the app's APK that you can access on any device:

2. Now that you have your APK, install the Twerk extension for Chrome: 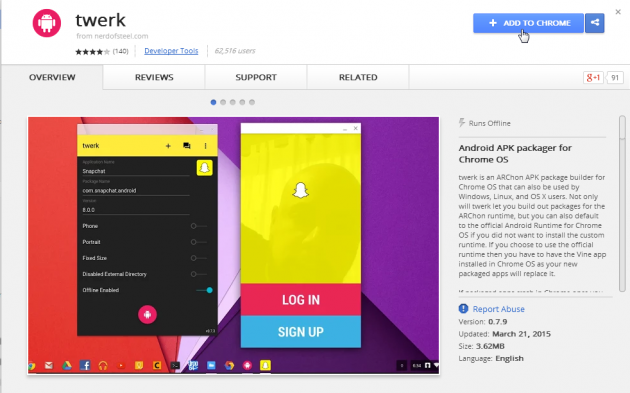 3. Launch the Twerk extension. Then to convert the APK you downloaded into a Chrome extension, simply drag it and drop it into the Twerk window: 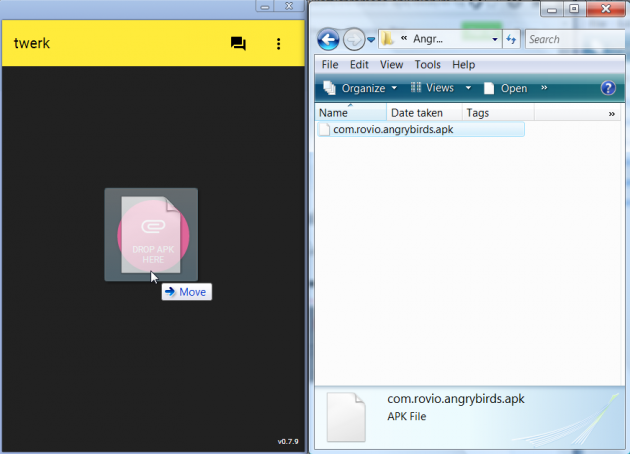 Afterwards you should see a message pop up at the bottom stating that the app has been built:

Now to install the app in Chrome, just click the Load Unpacked Extension button in Chrome's Extensions menu and then select the folder created by Twerk.

This is another super simple way to convert and package Android apps to run in the Chrome browser. The ARChon Packager app for Android, which is available for free in the Google Play Store (see link above), makes packaging Android APKs into Chrome extensions a self-explanatory breeze. One advantage to this method is that you don't have to use an APK downloader to get the APK you want to convert, as you'll be able to grab it directly from the Google Play Store.

If the two simpler solutions listed above fail to help you convert the app of your choice into a Chrome extension, try resorting to the official and original method provided by the developer, using an in-Chrome command line tool called 'chromeos-apk'.

While the above methods are not fool-proof on every device, they have been shown to work on most 64-bit PCs with newer operating systems installed. If you run into any issues be sure to give it a try with Chrome Canary instead. As with any other method that is not officially support, there may be bugs here and there. If you do start converting Android APKs into Chrome-compatible APKs, we strongly urge you to share the converted APK and your feedback of the resulting Chrome extension, on the Chrome APK reddit page.


I started using this guide after searching for a way to upload photos to Instagram from my desktop PC. I can now edit the photos on desktop with Lightroom, then upload the finished images straight from Chrome. Awesome!
< PREVIOUS ARTICLE
Game Review: Stories of Bethem for Android and Windows
NEXT ARTICLE >
Game Review: Ace Attorney â€“ Dual Destinies iOS port is awesome!