Game Review: Stories of Bethem for Android and Windows

Stories of bethem is a challenging and very enjoyable old school RPG and dungeon crawler for the fans of the Zelda-like story-driven adventures. It features approximately ten hours of gameplay, wonderful SNES imitating graphics, comfortably familiar control system and tons of fun for the right player. 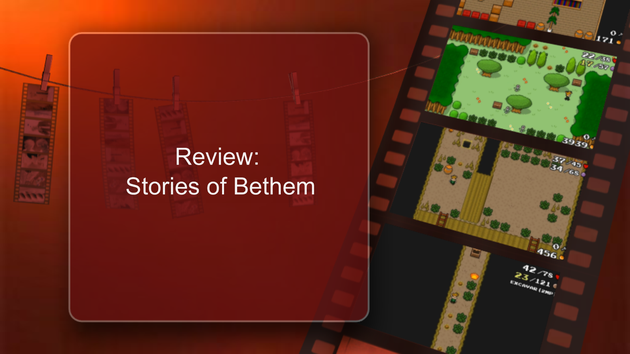 Since the adventure is story-driven, let us see what Stories of bethem entail. The game narrates a tale of an ancient kingdom where once ancient gods ruled. As you would expect, the gods fought among themselves, bringing their wrath on poor humans as collateral damage. So people suffered. Then gods left and just when the humans thought they'd have peace and freedom, those of them who learned some magic tricks from gods went crazy. Well, obviously not all of them because some still try to protect the balance, the justice and the humble non-wizards.

Our hero is Khoma, a young apprentice, or so he seems. His problems are many, but his Dad's quarrel with the Blue Witch is the major one. The point is the witch cursed his father, so now he is in a coma, and the Blue Witch is trapped inside him. The only way for her to come out is to kill the man, so something needs to be done fast. So, Khoma finds the Red Witch who can help him.

The said witch sends our hero on a lengthy quest to find the ingredients she needs for a ritual to save his father, so that is basically the premise – you have to find the mysterious oneiric objects scattered across a vast world of Bethem. 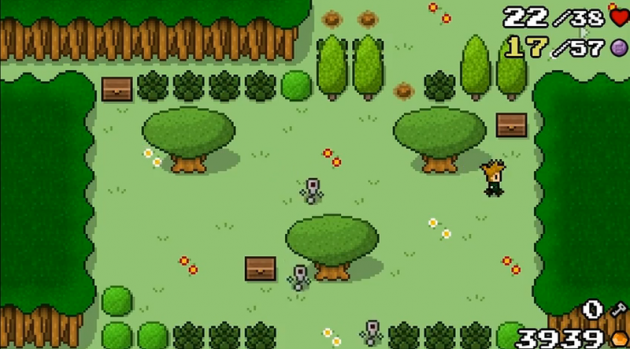 The game offers two options to control your hero – a visual joystick, where each button is explicitly laid out on the screen, or simple touch controls without visual buttons. Tap and hold to move in a specific direction, tap and release to shoot. Your hero shoots with wind bombs that destroy some objects on your way, like the bushes, chests, and monsters. The latter come in a great variety, and even though the 16-bit-like graphics imposes some restrictions on the visual department, the characters are fun and detailed.

The movement is linear since we are in a 2D world, so left and right, back and forth. Some bushes you destroy will contain gems and useful herbs while others will contain deadly holes, and if you are reckless enough to come close you lose a life. By default, you have 15 lives, but you may increase that number by eliminating everything that can be eliminated on screen, so some bushes and chests may contain an extra life. 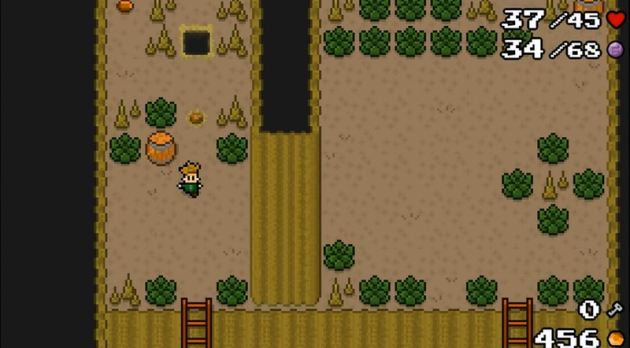 Your magic powers have a limit, too, but once it is exhausted it gets automatically restored, so you can make a few circles running away from the monsters while the mana gets restored.

Not all areas can be cleared without killing all the monsters; not all buttons can be pushed right away. A few introductory areas, and soon you will be sorting out puzzles where you need to move things, rearrange them, and think carefully how you go about each area. Sometimes, a wrong turn may lead you to a dead end, so a restart may be required. Some monsters are respawnable, others require several hits to vanquish.

Every now and then you will encounter characters to interact with, and the game offers a very decent sense of humor in dialogues written in a bit awkward, yet fun English. Even if I could, I would not want to correct those mistakes because it gives the dialogues a flair of Minion gibberish. 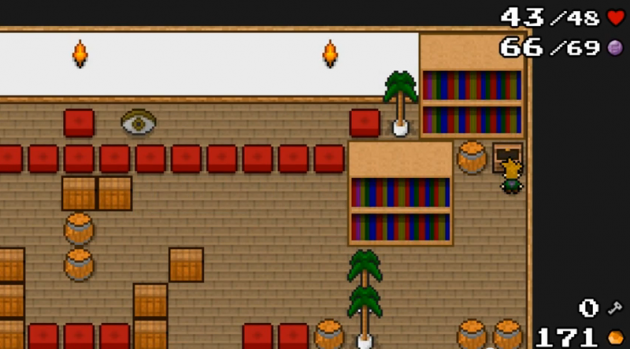 Stories of Bethem is the kind of game that does not take you by the hand and tells you what to do. You will have to figure out the challenges, environments, characters and the story itself on your own. The developer offers a few comprehensive walkthrough videos on his YouTube channel, so if you feel desperate, check them out.

The world of Bethem is vast and quite impressive, so plenty of exploration with tricky traps and puzzles awaits you in the dungeons, on the beaches, in the fields, forests and the interiors of castles. Overall, those are the typical RPG locations.

Your initial set of skills is expanded as you collect loot, and if you tap on the icon at the top left corner, you will see your inventory, with spells, objects and oneiric items collected. 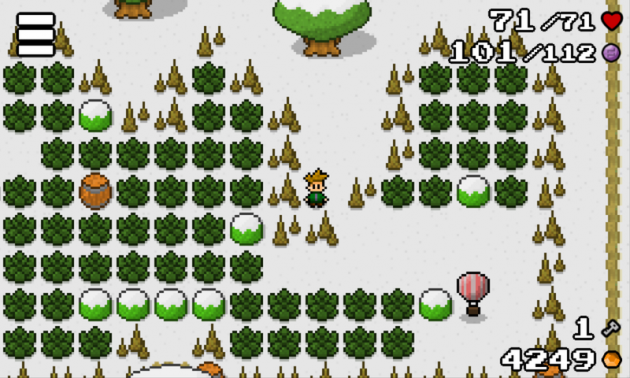 The latest update brought a shop of twin Oracle sisters in Modoke Lake, where you can get medallions and truffles.

Another nifty feature is the game has no hero upgrade or level up system, but the more loot you collect, the stronger you become. A trick you might dislike, but which feels fair is the baddies and the traps in the areas are respawnable, and once you clear a dungeon, leave it and then come back, they are all there and you have to clear them again.

Also, you have 15 lives as you start, and it is more than enough for a single gameplay session. Besides, you can find more lives as you play.

Overall, the difficulty level feels perfect for the fans of the genre. 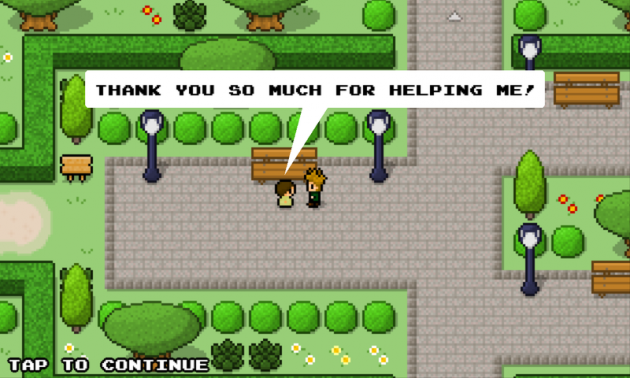 The areas, traps and puzzles are meticulously through-through, so you will never feel like you have a déja-vu. The game offers a truly challenging, yet enjoyable adventure, so you are likely to play it through till the end.

The game is free in its most bare-bone meaning – no ads, no IAPs. There is an in-game currency, but you have to work your way to find it and earn it, and there is no way to buy it for real money. 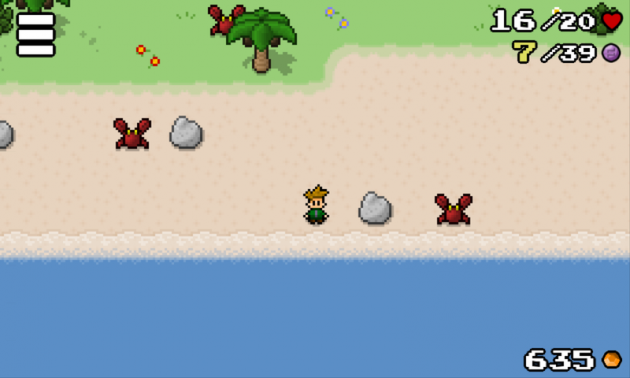 Stories of Bethem is a retro-styled charmer, with pleasant colors, familiar look and feel, really good music and flawless performance – what's not to love?

Beware of the holes – from what I understand, they suck you in if you should come close, so better stay away from them.

Check for secondary quests because they are generous on spells, lives and mana. Some levels require a lot of those due to the sheer amount of the baddies to vanquish, so whenever you feel exhausted, go on a secondary quest.

If you should wish to quit the game, make sure you save your progress. 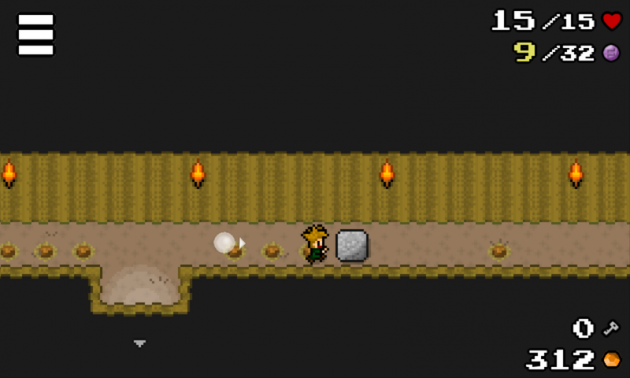 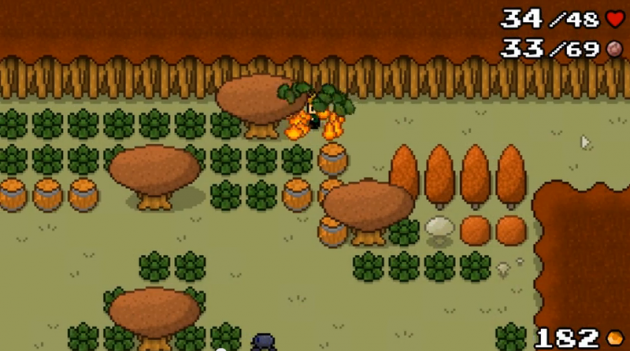 Stories of Bethem manages to offer something unique in an over-saturated genre of faux-retro RPG niche. An interesting story where you have to save your father instead of a damsel in distress, a wonderful fluid design, beautiful and catchy soundtrack, tons of areas, traps, monsters and loot – all in an engrossing gameplay of a decent difficulty. Even though everything about it is familiar, it is familiar in a good nostalgic, highly polished way. If you enjoy walking around, killing monsters, collecting loot and pursuing a good purpose without the game imposing strict rules and timers, you are in for a treat. Top it with a zero dollars price, no IAPs or ads, and you get your next favorite indie game.

#games #android #windows #review
Comments (0)
< PREVIOUS ARTICLE
Game Review: Odd Bot Out for iOS and Android
NEXT ARTICLE >
How to Run Android Apps in the Chrome Browser on Any PC Running Windows, Mac, or Linux