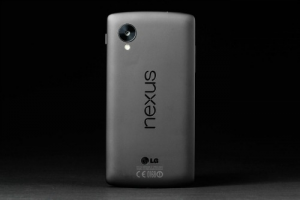 Google is continuing its mission to make cellular technology and internet affordable and available to everyone, with recent reports indicating that the search engine giant is now aiming to release a Nexus smartphone that will cost less than $100.

News of the release of the budget smartphone comes just after Google has released photos and prototypes of the new modular smartphone that will be geared towards techies, average consumers, and developers in developing areas of the world. Google also just recently released the KitKat version of the Android operating system, which has been optimized to run on smartphones that only have access to 512 MB in random access memory.

Apparently Google will be selling the low-end Nexus phones at cost just like the rest of their Nexus line, which doesn't earn a profit. Google has, however, profited from the sale of hardware through Motorola, a company that it bought for $12.5 billion and then sold to Lenovo for $3 billion after claiming the entire Motorola patent library.

The reduced-price version of the Nexus line will contain a quad core processor from the Taiwanese company MediaTek.

Although this company is not as well-known as Qualcomm (the company that makes the processor for Google's cheap line of smartphones – the Moto G from Motorola), the chipmaker is known for providing quality at a lower price and they are currently involved in developing the world's first true 8-core processor (a mobile processing unit with eight individual cores that can run at full power simultaneously).

In fact, despite MediaTek's affordable pricing they should not be discarded is a mid-range chip manufacturer because Google is expected to incorporate their revolutionary new 8-core (a.k.a “Octa-Core”) processor into the high-end Nexus 6 later this year.

Although smartphones that cost less than $100 aren't exactly rare, the Google Nexus line is known for producing high-end phones that have much higher list prices, and most decent smartphones require a contract to offer a price below $100. For example's sake, the Nexus 5 retails at $599.

It should be noted that Google is still planning on releasing the high-end Nexus 6 in October-November 2014. Most experts are expecting the Nexus 6 to be more expensive than the Nexus 5, but there is a possibility that Google could be lowering the prices on its high-end Nexus devices as well.

If the hardware resembles anything like what we've come to expect from the Nexus line then it is likely that the new budget Nexus will dominate the sub-$100 market; a few notable competitors in that price range would be the Blackberry Curve, HTC Wildfire, and Samsung Replenish.

Keep in mind that the cost of the phone will be $100 or less and that is without a contract. That means the new Nexus cheap edition could be bought without committing to a service plan and then used on any mobile/3G/4G network.