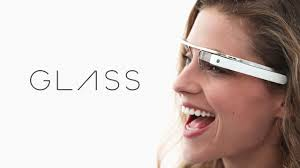 Today Google gave all adults in the United States a limited opportunity to purchase Google Glass headsets at the standard price tag of $1500. This temporary promotional offering will include a bonus pair of attachable sunglass shades or prescription frames. After that we'll have to wait until later this year to see the official and permanent release.

Starting at 9 AM Eastern Time on the 15th US everyone with a US address had the chance to order a Google Glass headset online and become part of the ongoing Explorer program that has served as the basis of the beta stage.

Although orders were open to everyone initially, stock availability was determined on a first come first serve basis and Google had stated that a limited number would be sold - though it is not yet clear whether the entire pre-launch stock has sold out.

Many technology analysts and market forecasters believe that 2015 will be the year we see headsets and smart watches enter into the mainstream, as more tech enthusiasts are showing interest in the convenience and portability of smart devices worn on the body.

Google Glass has been under a rather lengthy beta phase since it was first announced in April of 2012. Up until today the only people that could purchase a Glass headset were attendees of the 2012 Google I/O conference and people who were selected by Google to join the Explorer program based on a promotion that asked people what they would do if they had Glass.

Google started selling Glass to I/O attendees in June of 2012 and started choosing random winners through their #IfIHadGlass promotion in 2013. A friend referral program has also been instituted to bring more qualified candidates into the Explorer beta-testing program.

While many tech enthusiasts have been anxiously awaiting the release of Google Glass, the futuristic headsets have also received a lot of opposition and condemnation from groups that are concerned about the privacy and security problems that Glass could create. Some legislators have even attempted to pass laws to ban the new device before it has even hit the consumer markets.

One feature that has been particularly controversial is the tiny camera that can quickly record 720p video - some people have expressed concern that this could cause Glass to be become a widely used spying and eavesdropping device. However, Glass proponents contend that the headset display clearly lights up when it is in use, so this would not be an issue.

In the short two-year timeframe that Glass has been in the beta stage people wearing the device have already been pulled over for distracted driving, kicked out of bars and restaurants, publicly ridiculed as "Glassholes," and even attacked at random!

Despite criticism that Glass headsets look silly, invade privacy, and are too expensive for average consumers, Google has had no problems getting more than enough people to sign up for the Explorer program and pay the $1500 pricetag.