German Government Cancels its Contracts with Verizon During Security Overhaul 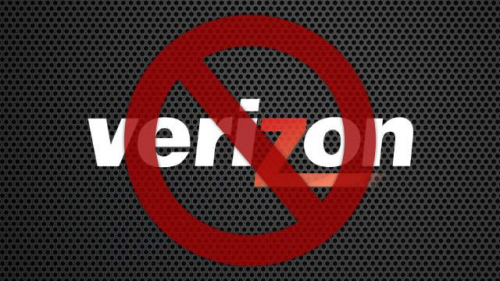 This week the Interior Ministry of the German government canceled its contract with Verizon Wireless as part of an overall overhaul of its internal communications infrastructure. The decision was primarily prompted by concerns that Verizon could be sharing information with the U.S. National Security Agency (NSA); all this about a year after former NSA contractor Edward Snowden came forth with allegations that the NSA has been spying on German citizens, including the German Chancellor Angela Merkel.

The issue caused such a political outrage that in April Germany began holding parliamentary meetings concerning the Snowden scandal in order to revise some of the laws and security practices that are leaving the European country vulnerable to spying.

According to reports from Reuters, the Spokesman of Germany's Interior Ministry Tobias Plate has stated that “there are indications” that Verizon is legally obligated to comply with the requests of U.S. government agencies like the NSA.

Yet, when asked on Friday whether the decision was made because of Verizon's links to the NSA, Plate responded “that is not the case,” implying that the vulnerability revealed in the Snowden scandal was just the spark that led to a restructuring of the Interior Ministry’s internal communications security.

However, Verizon Germany's managing director Detlef Eppig responded with a statement saying that “Verizon Germany is a German company, and we comply with German law.” Verizon also commented that the company cannot be compelled to produce its customers' data to any government agency, and that if such an attempt were made, Verizon would take the matter to court.

Still, Germany’s Interior Ministry has made the decision to let its contract with Verizon expire in 2015 without renewal.

Right now the Ministry conducts all of its communications via two telecoms providers – Verizon Wireless and Colt (a British company). As efforts are being made to retain full control over sensitive communications, it seems likely that Germany is letting its contract with Verizon expire in order to reduce its dependency on foreign telecoms companies.

When the current contract with Verizon expires, it will be replaced by a new contract with German telecoms company Deutsche Telekom.

#news #security #verizon
Comments (0)
< PREVIOUS ARTICLE
How to add or remove 'Hibernate' and 'Sleep' as alternative shutdown options in Windows 8, 10
NEXT ARTICLE >
How to disable or avoid seeing Google Doodles in Chrome and Firefox