Detention is a 2D atmospheric horror side-scroller that was released in January and was developed by Taiwanese studio Red Candle Games. If you want your dose of a good atmospheric horror game, then you'll be delighted with Detention. Lets take a closer look at it.

Detention takes place in Taiwan in the 1960s, which is under a military law, a period known as White Terror that lasted between 1947 and 1987. In it we meet two students who are forced to stay in their school for one night because of an imminent hurricane. Unfortunately, the school is haunted and full of bad spirits, and the goal is to escape out of there as soon as ossible. Silent Hill reminded me of the beginning, where, while everything is fine, suddenly the world around turns into a dark version of it, with monsters circulating about and many symbolisms. 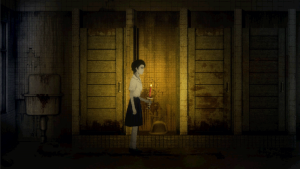 The game is like a classic point & click adventure game, and it works perfectly with the theme. Old classic point & click is something I've always enjoyed. The puzzles and quests that exist are reasonable for the game's world and are very clever while still remaining at normal difficulty.

The world is beautiful, as it contains elements from Taiwanese and Chinese culture and religion. For example, one of the ways to avoid zombies is to keep your breath and let it pass by your side. Even the saving point is a huge Buddha statue. In fact the whole spirit realm of the game had me interested and I felt the need to check all of them online.

Also the setting is unique. The period that the game is taking place, the so-called White Terror that we mentioned above, was a very difficult and dangerous period for Taiwan, as the then government killed and captured people who were against the state and encouraged people to nail everyone and everything. There were also forbidden books that if you were caught reading would lead you to jail if not worse. This setting makes them game even more horrifying and sad because there's a good reason it was chosen a time period, and you will discover the why while playing.

Detention is available on Nintendo Switch, PS4, Windows, Linux and Mac on Steam for $12. 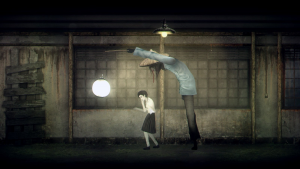 The look and feel of the game is what stands out the most. It is beautifully designed in 2D, each piece of environment is unique and the enemies are also unique in their design and behavior. Another factor that strengthens the atmosphere is the sound and the music that immerses you in the game. And I have to add that there are no problems with the game e.g. bugs and framedrops.

In conclusion, Detention is a great game leaving very little to be desired. They only thing that had me complaining was its duration which was not enough to satisfy me after throwing me into such a wonderful atmospheric world. It is an amazing title in every aspect and now I'm looking forward to the next release by RedCandleGames. Let us know your thoughts and impressions in the comments below.

Detention screenshots (above) and trailer (below)