I know that many of you are skeptical when you come across a card game optimized for phones. After all there is Hearthstone (you can read our review here) with its huge success in both PC and mobile versions, so why the need to try something else? And let’s be honest, after Hearthstone’s release, many rip-offs started appearing trying to steal some of its glory and attract fans but it backfired as the quality couldn’t match this of Hearthstone. Today’s review though, is about a card game that tries to be its own thing and is succeeding for the most part, Summoners Fantasy by Ice Simba and for that we decided to give it a try. 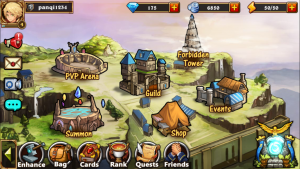 The game tells the story of the Master Summoner, a powerful entity who has sealed Gods, Demons, and other beasts into magical cards. Preserving the Master’s legacy, various Summoners across the land duel each other for the right to become the next Master Summoner. Aim to surpass all your opponents and fight for the higher spot among the rest with powerful cards and smart strategy.

In Summoners Fantasy players place cards on the Arena to attack adjacent cards with the objective being to control most slots. In the Arena your deck appears on the right side and your opponents on the left. You can see your and your opponent’s score at the top in the form of fireballs. Each card has four numbers representing its strength. If the number that gets in contact with the opponent’s card is bigger, then your card wins and the enemy card converts to your side. The card’s color signifies its importance; the common ones are grey, the green ones are good, the blue are rare, the purple cards are epic and the golden ones are legendary. On the top left the cards have each a slot that shows in which element they belong (snow, fire and more) and on the right the is a gem slot. The cards that have been played are defensive cards while cards of the current round are active offensive cards. Players are allowed to have 10 cards for each duel and you can decide which ones to use before starting a game but their order of appearance is of course random. 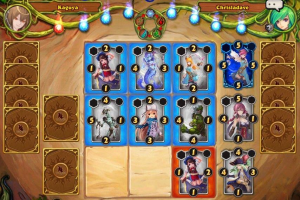 There are four different game modes in Summoners Fantasy: There is the Normal mode where players must place their cards and duel for the ownership of the Arena, then we have the Veil in which a random number of the card’s strength values are hidden with question marks and you need to act with caution and strategically to win. You can either place your card in a slot that is not in contact with the hidden number, or use a strong card next to it and see if you’re lucky enough. Taking risks in this mode is necessary and is what spices things up. Next is the Elements mode where the card slots in the Arena have each an Element symbol that affects cards either positively or negatively depending on the type of card you place on each one. Keep in mind however, that the result depends on which element your opponent is using because each element is strong against certain ones and weak against others. Last but not least we have the Enraged mode where overtaken cards attack automatically any adjacent cards which in return can cause a chain of reactions in the Arena with consequences affecting both sides.

Strategy is the most important factor that will lead you to victory. Even with a strong deck, you could lose if you don’t use your cards wisely. A good tactic could be your ticket to victory even with a seemingly weak deck. It’s also possible to sell unneeded cards for Essence, which you can then use to power up your favorite creatures. You can buy cards by spending either diamonds (for premium cards), hearts (for Ally cards), and coins (for normal cards). There are also Element and Rune cards that you need to fulfill an objective to unlock and be able to purchase them. Gems and Runes power-up your cards and increase their effectiveness. The game also offers daily bonuses as well such as coins, cards and potions and the rewards are more amazing if you log in consecutively every day. Apart from the daily bonuses there are also daily quests that if fulfilled reward you accordingly. I honestly love quests in games as they spice things up give players one more motive to do their best. 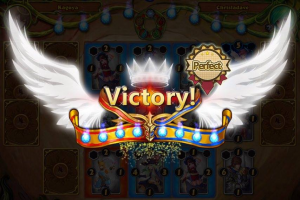 As a new player you will need to stick to the battles against A.I. until you improve significantly and learn most useful tricks and then you’ll be able to unlock other locations and fight against other players (or friends) and test your skills in harder and more challenging battles to become Master Summoner.

The game’s shop offers a variety of bundles such as Crystals, Coins, Items and Scrolls. The only bundles you need to spend real money on though, are the diamond ones. For the rest you can only use the purchased diamonds. The prices range from $ 0.99 for a starter’s pack and can go up to $ 9.99 for 6000 diamonds or $ 29.99 for 20000 diamonds.

As an anime fan I was overjoyed to see the anime-ish designs of all the card creatures and the characters. All the deities and monsters that appear on the cards are unique and each one has their own charm. Especially the female ones are very adorable and elegant. The backgrounds and the Arena have amazing graphics with smooth crystal-clear colors and the music is joyful and uplifting. 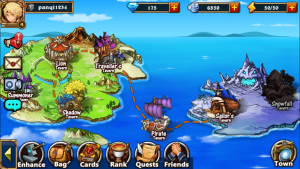 If you are fans of Hearthstone and enjoy good card games then give Summoners Fantasy a chance and you’ll see that it stands out and is its own thing. It has its own set of rules and gameplay, it is easy to follow after some practice and doesn’t fill your screen with confusing moves or tricks. It is an enjoyable and well-made card game suitable for all. Let us know your thoughts and impressions in the comments below.

Summoners Fantasy screenshots (above) and trailer (below)