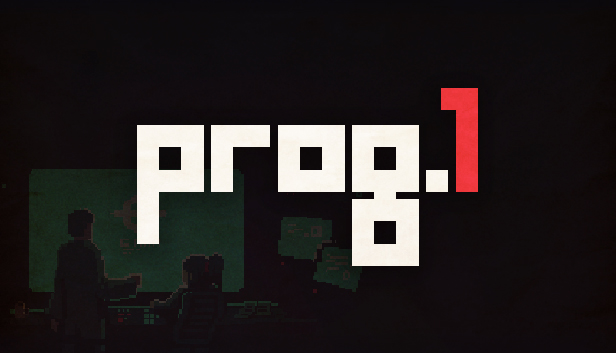 Have you ever wondered what it would feel like being a hacker and have the power to have access to any file or info that is stored in a network? Games with such concepts are always intriguing, but how about having to play as a computer virus that brings destruction to everything it touches? Now this is far more interesting, wouldn’t you agree? The 2D puzzle platformer prog.1 by Vector Arcade and indie studio Groupees Interactive dwells in exactly this digital territory and invites you to test your abilities in outsmarting the scientists that unleashed you! 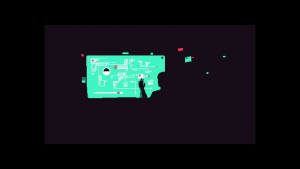 In prog.1 the story begins with the accidental release of an anthropomorphic computer virus that wastes no time and takes action with one goal only: to cause total havoc and chaos to the mysterious G.Ai.A project. And that virus is who you’ll be playing. On the other side we have Doctors Keiko and Cushing who, in an attempt to create a digital universe, released the sentient virus by mistake. Now they must do everything in their power to stop the infection from spreading and save the G.Ai.A project at all costs.  Can you clear all 48 levels filled with hazards and puzzles to finally find out the truth behind the digital world?

The game takes place inside the digital world and your job is to guide the small red anthropomorphic virus through the various levels and lead it to the gate that stands at the end of each one. To be able to pass through the gate though, you’ll have to collect all the sparkling cones that are scattered around the levels. Even if you’re missing only one cone, you won’t be able to clear and will need to go back and grab it. There are also journals to pick that hold valuable information. Prog.1 consists of 48 levels and many modes to choose from if you want to increase the difficulty and make the game more challenging. The number of lives is unlimited in the normal mode and if you lose you start from the level you’re currently at. If you want to voluntarily start the level again, you can reset by pressing the Z button at your keyboard. 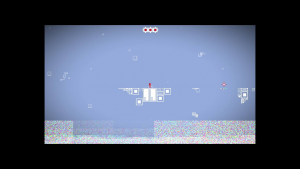 On each level you will come across various types of platforms some of which will prove to be not so friendly and others that will help you get closer to your goal. More specifically, there are small rectangular platforms that immediately disintegrate and reappear later, so you need to step on them on the right moment, and large square platforms that will degenerate if you step on them, but regenerate if left alone. That means you’ll have to jump fast to the next platform unless you want to fall and start the level all over again. You will also come across platforms that explode, as well as elevators that are activated when you’re on them to transport you. Thinking about it, the whole point of disappearing platforms after you come in contact with them, is probably that as a virus you infect everything you touch and same goes for the platforms. That was a very clever addition to the game and it made it even more obvious that you are indeed a computer virus, and not the usual “hero”.

Of course that’s not all, enemies will also come after you to erase your existence. The first of them is the huge white wall, the “deletion wall” that appears randomly in some levels and deletes everything in its way and the static waves that you’ll have to avoid at all costs. Falling off platforms also results in instant game over so if you want to clear a level, you really need to calculate your moves carefully. 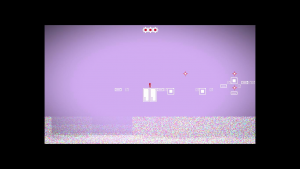 Regarding the modes, you can choose among 4 different ones; the “double jump” which is there to offer a helping hand, or leg…I guess, by allowing you to take higher jumps if you’re having difficulty moving faster, the “Speed Run” mode where you can challenge yourself and see how fast you can complete prog.1, the “100 Lives” mode where you can try to beat the game with only 100 lives, and the “1 Life” mode in which those of you who are brave enough can try and complete the game without losing once. As you can see, out of the 4, only the 1st is there to help the player and the rest serve to spice things up and increase the challenge for those who have already completed the normal game mode.

What bothered me a bit is that when there was dialogue I could sometimes not clearly make out what they were saying. If subs were available it would definitely help understand perfectly what was being said between the 2 scientists. Also, despite having a plethora of difficult levels that will require a longer period of time to be cleared by a new player, the game itself is rather small due to it not having enough content. However, that doesn’t mean that it is not enjoyable or fascinating enough. It is very pleasant and holds many challenges for the players. 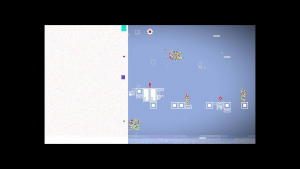 Visually the game won me over right from the start. The pixelated art is beautiful with crystal clear colors, everything looks smooth and the environment makes you feel like you are really inside a computer, in a digital universe. The static waves at the bottom of the levels are also very realistic and a pleasant addition. Having a soft spot for retro games, prog.1 attracted me with its look and feel. The BG music is very cheerful and it has a big contrast with the dark visuals and mood when the game changes to the scientists’ office.

In conclusion, prog.1 is a game that will please the platform lovers and my impression of it is a very positive one. It is well-made, polished, detailed, fun, and altogether exciting. I only wish there was more of it but that isn’t to say it is lacking on anything, especially for an indie platformer. If you enjoy these types of games then you should consider purchasing prog.1. Let us know your thoughts and impressions in the comments below.

prog.1 screenshots (above) and trailer (below)