Thursday September 25 saw Apple roll out their iOS 8.0.1 update (so soon after 8.0?) which turned into a big of a nightmare for those iPhone owners with updates turned on by default and eager early adopters. 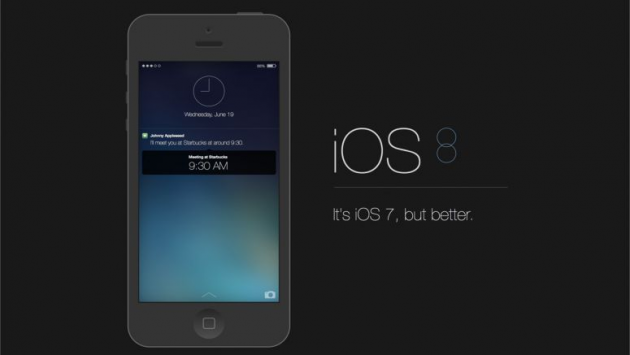 It was discovered too late that for owners of the iPhone 5S, iPhone 6 and iPhone 6 Plus which are all models that have the Touch ID fingerprint scanner, that thanks to the update it could malfunction and no longer scan fingerprints correctly. If users didn't remember their pin code to find another way into their iPhone they could find themselves locked out of their own device for good. Nice. The update was supposed to fit the HealthKit problems experienced at the splashy Apple devices launch showcase on September 9 but instead caused a number of new problems instead.

The cellular service for people who updated their devices and previously enjoyed cellular communications also found that often their signal died and they could no longer connect to the internet. This meant that they were unable to find out what went wrong and download a fix for the problem. Such unfortunate iPhone owners would need to resort to using a Mac which thankfully uses Mac OS X not iOS, or heaven forbid, a Window-based PC, to access the internet again and try to find a fix to the latest problem with iOS.

The often repeated slogan that Apple users mutter:“you turn it on and it just works” came back to haunt them on September 25.

Apple later stepped in and pulled down the iOS 8.0.1 update in order to prevent more users from becoming stranded with an Apple device they could not use or connect to the internet with. Anyone heard of bug testing over at Apple HQ? First accidentally bendy phones, now this.

Didn't Work For You?

If you find that the above instructions did not do the trick for you then instead try this:

Select Option (Mac) or Shift (PC) and “Restore iPhone”. Be warned that this will wipe ALL your iPhone data and that you'll need to later restore data from the back up you performed in the earlier step. Therefore, you are relying on that back up being good otherwise you risk losing all your iPhone data forever.

If this method is declined because the backup was performed when running iOS 8.0.1 previously, then you will have to restore from a previous backup that you may have made prior when using iOS 8.0 or iOS 7.x. If you do not have a backup like this, you'll need to consider resetting your iPhone and starting over.

A new update has been released. But should you trust it? It would be wise to restore your iPhone to iOS 8.0 and then wait for the dust to settle to see whether there are fresh reports of problems with this new update.

If you are more intrepid than that, then the instructions to follow are:

Alternatively you can also connect the iPhone to a computer, run iTunes (Win, Mac) and update that way.