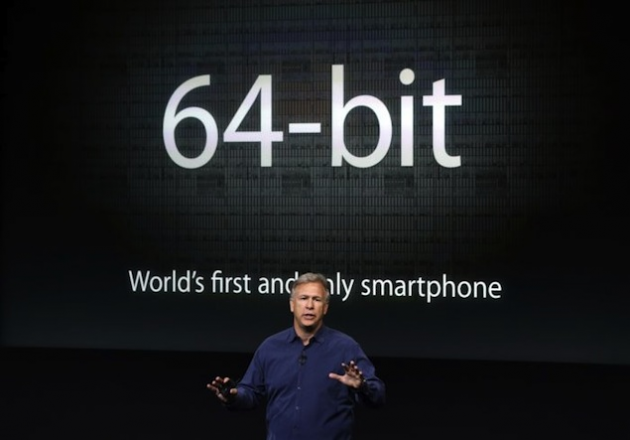 In the past year we've seen the announcement of a number of 64-bit mobile processing chips that are set to drastically improve the functionality and performance of most next generation high-end mobile devices.

Back in April we discussed Qualcomm's 64-bit Snapdragon chip that is expected to start shipping in devices in early 2015. Apple also has their own proprietary 64-bit mobile processing chip called the A8, which powers the recently released iPhone 6 and iPhone 6 Plus and is expected to ship in the next generation of iPads as well.

With 64-bit mobile processing on the verge of entering the mainstream, software developers and hardware manufacturers are already starting to tailor their apps and devices to accommodate the next generation of processors.

Case in point, as of February 1st, 2015, all iOS apps will be required to support 64-bit processors in order to ensure full compatibility with the next generation of mobile devices.

While the new restrictions will not apply to any apps that are already in the App Store, any new apps that are developed after the aforementioned date will need to be coded in 64-bit in order to make it into the App Store. In addition to requiring 64-bit support, Apple is also requiring that developers build their apps using the new iOS 8 SDK. But this requirement shouldn't be surprising to developers that are familiar with Apple's standard practices.

Building 64-bit Apps Won't Be That Difficult for Developers

Fortunately, building apps with integrated 64-bit support shouldn't be too challenging for any decently skilled developer, as the process only calls for properly configured use of the latest Xcode (a programming language that most competent app developers can easily learn). Apple has advised developers to utilize the “standard architectures” build in order to create a single binary that supports both 32-bit and 64-bit devices.

App developers should experience a fairly easy transition into the 64-bit environment, which is good because experts expect 64-bit technology to render 32-bit processors nearly obsolete within the next 5 years. Now all developers have to do is build their apps with the most recent tools and kits provided by Apple and we'll start to see some of the most in-depth, responsive, and graphically pleasing mobile apps ever created.

New apps that contains support for 64-bit processors will most likely outperform any apps we've seen before, especially when ran on the latest hardware (like Apple's A8 SoC).

Although not all apps will reap any particular benefits from 64-bit coding, the new requirement from Apple will ensure complete compatibility with the next generation of chips from Apple, Qualcomm, and other chip manufacturers.

Meanwhile, Google is also preparing to support 64-bit apps in Android 5.0 (Lollipop), which was just recently released with the launch of the Nexus 9 and 64-bit NVIDIA Tegra K1 processor. With the update Google upgraded the framework, kernel, SDK/NDK, and core services of the Android operating system.

By the way, the new version of Android brings an astounding 5,000 additional APIs for developers to work with, so it will be interesting to see the kind of apps that will be unleashed in the Play Store and App Store within the next couple years.