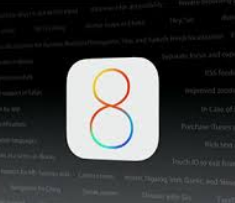 As much as Apple resisted, the company had to admit its strict policies urged way too many users to resort to jailbreaking for the sake of a more streamlined UI and tweaks. Some of these tweaks and freedoms are long available to Android users. For example, third-party keyboard apps boast immense popularity on Google Play. But no, Apple wanted to preserve its ecosystem as virgin as it could, disregarding numerous user requests and complaints.

Finally, Apple gave in and iPhone users will be able to install third-party widgets and keyboards on un-jailbroken iOS 8 devices. Widgets then will be accessible directly from the Notifications Center. Hail Apple for loosening its grip a bit and allowing iOS users enjoy the comfort and functionality of third-party keyboards that are far more streamlined and functional than iOS native keyboard. Swiftkey and Swype, for example, can predict words and let you swipe the keyboard rather than tap it.

In addition, at WWDC show, Apple's Craig Federghini announced a new iteration of stock iOS keyboard nicknamed QuickType that would feature "predictive typing" that would learn your typing behavior and offer suggestions for your next words.

All that iOS 8 functionality goes by the name of a new Extensibility system that would allow users to enjoy third-party widgets and keyboards, pin them to Notification Center, as well as pin apps to the Today view.

Nonetheless, jailbreak developers might feel challenged by the competition. Alas, this is how the market evolves and jailbreak community still has too much to offer over the stock iOS.