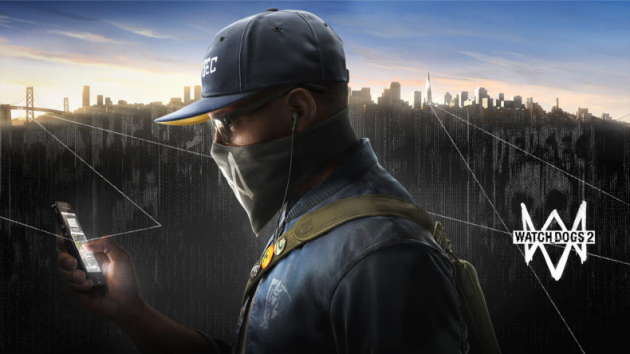 Ubisoft, after all the rumors that revolved around the new Watch Dogs game, officially revealed Watch Dogs 2.

In this new title, the main character will be Marcus Holloway, a member of the DedSec group, and the game will take place in San Francisco. In Watch Dogs 2 the player will have the ability to control a wide variety of objects, such as drones, cars, cranes, security robots and many others that we couldn’t do so in the first game. Additionally, you will be able to perform parkour moves, so as to move quickly through the city streets.

The announcement was accompanied by a new trailer of the game, which you can watch below:

By pre-ordering the game, players will be given the chance to complete an extra mission named “Zodiac Killer”, thus gaining an exclusive outfit for the character. Apart from the standard version, the following editions of Watch Dogs 2 will be released as well:

Deluxe Edition: includes the game, an exclusive sleeve, a map of the San Francisco, lithographs and the deluxe packaging of digital objects.

Gold Edition: includes the game, the Deluxe package and the Season Pass.

San Fransisco Edition: includes the game with the collector’s packaging, the deluxe package, the extra Zodiac Killer mission, a figure of Marcus, San Francisco stickers, lithographs and a map of San Fransisco.

Wrench Junior Robot Collector's Edition (exclusively in the Uplay store): includes the Gold Edition and a 20cm replica of Wrench Junior robot, which can be operated by an Android/iOS app.

The return of DedSec Collector's Case (only in the Uplay store): includes the Gold Edition and DedSec objects, including a figure of DedSec-themed Marcus, a scarf and hat of Marcus, and an exclusive 64-page artbook.