Home
Articles
The Story Behind The Most Famous Symbols In Technology!

The Story Behind The Most Famous Symbols In Technology!

The power have symbols have in communication is undeniable. An established symbol can convey important information without using any words, on international level, beyond linguistic and cultural restrictions.

At the same time, however, we feel that popular symbols have always existed, and they were discovered carved into a cave along with images of mammoth hunting.

In this article we will show you some of the most famous symbols in technology, and the thought process behind their creation.

If you’ve hold a remote control at least once in your life, you have seen this symbol.

In the binary system, when used in technology, 1 means "on" and 0 means "off". In 1973, the International Electrotechnical Commission (IEC) created this hybrid symbol that combines 0 and 1 to symbolize standby power state.

However, the Institute of Electrical and Electronics Engineers (IEEE) decided that this definition was too vague, and changed the symbolism to "power".

In a collaboration with IBM, David Hill created a set of symbols in order to reflect the different local network connections that were available at that time.

This particular symbol stands for an Ethernet connection, with the squares symbolizing computers connected together. 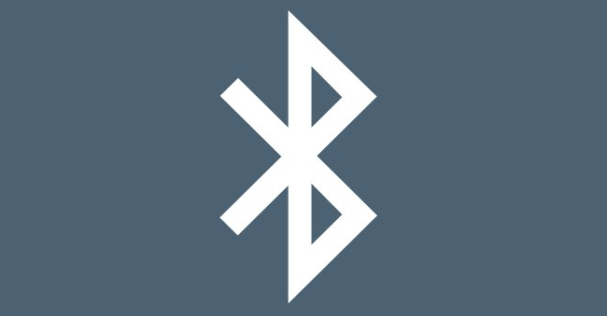 You've probably heard the story: In the 10th century, Denmark's king was Harald Gormsen, who went down in history with the nickname "Blåtand", or otherwise Bluetooth.

One theory for that nickname was that the king had a broken tooth, and "blue" generally referred to his blackened dark color.

Others say that, at the time, blue was the most expensive color in clothing, and Harald wore only this color to underline his social status.

Also, there is a rumor according to which, his teeth were painted blue due to blueberries, since he used to eat them a lot.

Regardless, the Bluetooth symbol is derived from the combination of the runes for H and B, the initials of the king's name.

Additionally, according to the creators of the Bluetooth technology, the symbolism has more to it that just a name. Blåtand united opponent sides in the North- these sides were the current Norway, Sweden and Denmark. This technology is also designed to connect different industries, such as computers and mobile phones.

Another resident of remote controls, the symbol for Pause may be derived from technology or perhaps... the field of music.

You see, in the electrical circuit diagrams, the symbol that resembles the pause symbol describes an open circuit.

On the other hand, we can easily see its similarity with the caesura in a staff, which symbolizes a pause.

Of course, the Pause symbol would have no meaning without the Play symbol.

The first appearance of the famous triangle was in professional tape recorders in the ‘60s, while two triangles next to each other symbolized fast forward.

The fact that the rewind symbol shows two triangles pointing in the opposite direction makes it clear that the Play symbol indicates the direction to which the tape is moved during playback. Simple as that. 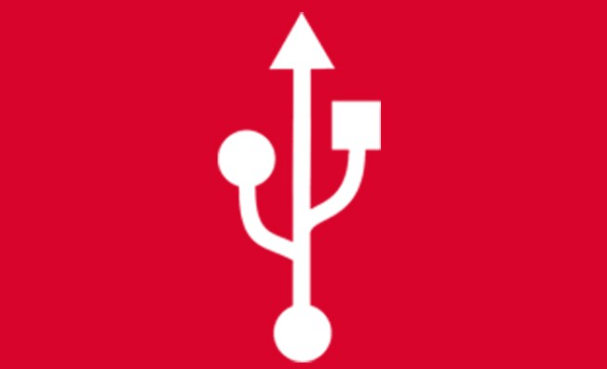 Clearly, the most mythological of all is the origin of the USB symbol. The inspiration for the icon is none other than the Poseidon’s trident. Instead of it having three sharp peaks like the trident, the creators of the USB chose a triangle, circle and a square to show that the same connection can be used with many completely different peripherals, from hard drives to printers, scanners, keyboards and countless other devices.

This symbol’s purpose is to put the computer into sleep mode, and that’s why a waning crescent moon was chosen. Not much of a story here!

In 1995, Apple's engineering team which was developing FireWire wanted to design a symbol that corresponds precisely to the opportunities of this new technology.

Originally FireWire was designed to be a serial connection alternative to SCSI. Its main advantage was that it promised a high-speed connection for digital audio and video equipment.

Thus, the symbol has three "legs" which represent data, image and audio. Initially its color was red, but was later changed to yellow for unknown reasons.

You might know it as the "at" symbol, but in other countries it is known as "Monkey" (Serbia) "Mouse" (China, Taiwan), "Snail" (France, Italy, Korea), "Duckling" (Greece), "Elephant’s Trunk" (Sweden), "Strudel" (Israel),"Mop" (Czech Republic), "Doggie" (Russia), and possibly other things in other countries.

The father of @ in computers is the programmer Raymond Tomlinson, who first used it in 1971 to separate the user name from the terminal.

Before Tomlinson, the @ symbol was used in logistics meant "price per unit", e.g. "12 chocolates @ $1 (total $12)". The first typewriters didn’t have it as a key, and it made its appearance with Underwood typewriters in 1896.

But its first ever appearance is probably detected even earlier. One theory says that the monks created it in the sixth century, because the Latin word for "to" (ad) was being confused with A.D. (Anno Domini, AD). Thus, they drew the "a" surrounded by a "d".

Nevertheless, the @ is one of the most elegant symbols of the keyboard and is the only one in the current list that has a place in the Architecture and Design collection of the Museum of Modern Art (MoMA) in New York.

To be more accurate, he was not exactly tired of seeing it. But when Apple's engineers wanted to create a special "function key" on the keyboard and placed the classic apple on it, Jobs hated it. In fact, Jobs had said, "There are too many Apples on the screen! It’s ridiculous! We’re taking the Apple logo in vain! We’ve got to stop doing that!"

While hurrying to design a new symbol for the button, graphics designer Susan Kare went through an international symbol list, and ended in a symbol, which indicates areas of particular interest in Swedish camps.

It’s also known as looped square, Gordon loop, splat, infinet loop or in the Unicode standard, the "Place of interest sign", and is found to date in Mac keyboards.

Apparently, Bill Gates did not have the same opinion for PC keyboards, which have the Windows flag in their own respective function key.

If you have never used a Mac, you'll never be able to feel the terror of a user whenever this symbol appeared on the computer and had unsaved files.

This symbol, which Apple calls "spinning wait cursor" is simply an indication that the program has crashed. Users call it with various nicknames: the hypnowheel of doom, the spinning pizza, the pinwheel of dead, the SBBOD (spinning beach ball of death).

In the early versions of Mac OS, this symbol was a watch. But probably because Apple did not want users to feel that time passes while their programs remain frozen, replaced it with the current symbol.

Despite the change, this symbol shows that it is possible to hate with passion a simple wheel.

Some of these symbols have been around for more than others, but it seems that they will not become extinct anytime soon. Now, the only thing that remains to be seen is what kind of upcoming symbols will appear, their functions, and their history.