Admittedly, smartphones have been integrated deeply into our lives. However, due to the fact that smartphones are far from perfect, here are their most common issues and what to do about them.

Recently Google published a great survey with very interesting facts, namely "Micro-moments". The biggest part of this survey is about the relationship that most people have with their smartphone devices.

Here are the most interesting key points of this survey:

The root of problems in smartphones

The smartphone technology is evolving with a tremendous rate, and as Google's research shows, smartphones and tablets tend to even replace computers.

When buying a desktop PC, you know in advance that you can upgrade most of its parts, whether it's memory, graphics card or processor- you can replace them all.

On the other hand, you don’t have this option on smartphones. If something goes wrong, you need to separate from it for a short or long period of time. And if it cannot be repaired, you have no choice but to say goodbye. 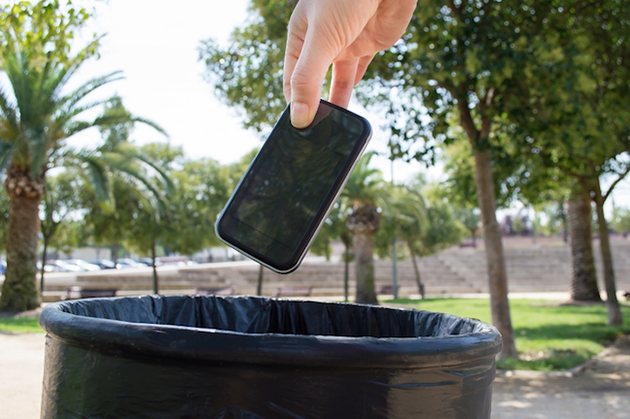 In addition, if you want a faster processor or better camera in your mobile device, your only option is to replace it with a better one. This is precisely the manufacturers’ desire; they do not want you to repair the devices so that you can keep them for several years. Instead, they prefer you to replace them every year, or every two years at most.

Of course, to tell the truth, most users want exactly the same.

The battery is undoubtedly one of the biggest problems on smartphones. The most common issues are short duration, slow charging, and in some cases, charging failures.

The problem becomes even harder to tackle if the device has no detachable battery, in which case you don’t even have the option of replacing it.

What to watch out for

The first and best move for this problem is that you need to permanently decrease the screen brightness to at least 50%, which is more than acceptable for your eyes, since you will not experience any difficulty reading or using the device, especially in indoor places.

Clearing the cache and constant checking for unnecessary applications that run on the background should become routine tasks. The use of effective applications that help in these operations is deemed necessary if you’re not aware of how to do that manually. Applications like the well-known PC program CCleaner, as well as Greenify, both of which are available on non-rooted smartphones, will greatly help in saving battery power. 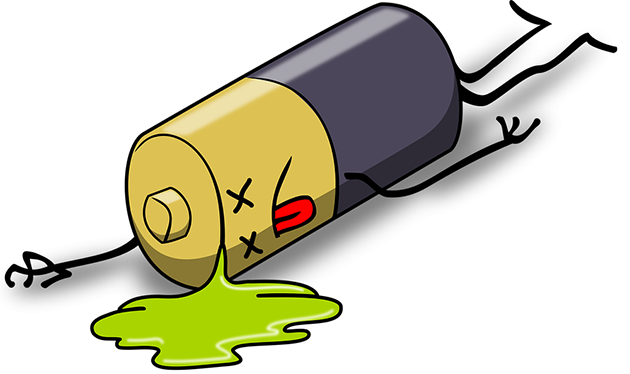 If the mobile device does not have a detachable battery, you have to use only the official manufacturer charger. In this case, the solution is to use a power bank.

When your device isn’t charging at all, and if the battery is still operational, it is most likely that the problem is due to dust that is accumulated in the corresponding charging socket. In order to fix this issue, you can use cotton swabs to clean the dust out of the port. Alternatively, a small vacuum cleaner should probably do the trick.

High temperatures, apart from being an irritating problem, are particularly harmful to the battery and the device as a whole.

More demanding apps, as well as games, can increase the temperature of the device after prolonged use. If no such apps are running but the temperatures are high, you may have downloaded malicious or unknown apps that run in the background.

Another case that is highly unlikely is that you purchased a dysfunctional device. 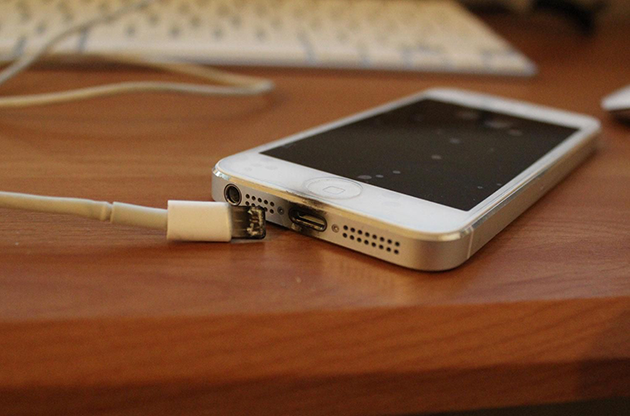 What you should do

As we mentioned earlier, you need to make sure that the screen brightness is below 50%, and that you are an official manufacturer charger. At the same time, you should not be making use of the mobile while it is charging.

Additionally, as it has been discussed in a previous article, malware apps can have significant effects in the device’s behavior- one of them being overheating. For this reason, a thorough scan for malware is required.

Moreover, applications such as Greenify and Cpu Temperature can be useful, since they have features that try to detect the causes of increased temperatures.

It’s highly likely that you have noticed that your smartphone is getting slower over time. It takes longer for apps to respond, and the system is overall sluggish. Of course that’s normal, since the older the device, the more problems it will have. It is obvious that newer devices are much faster than the ones you purchased one or more years ago.

Most of the time, however, it is not necessary to make a new purchase if your smartphone is becoming slow.

The most useful solutions

If you have an older device, resetting it to factory settings is usually the best solution, and it applies to all smartphone devices with no exceptions. This action will erase all device data and settings, and it will restore the device to the state it was when you first activated it. A prerequisite before performing a factory reset is backing up all your data.

In newer devices, slow responsiveness is mainly due to the dramatic decrease in the available storage space. In this case, only solution is to use an SD card, or free up space by deleting data and apps. 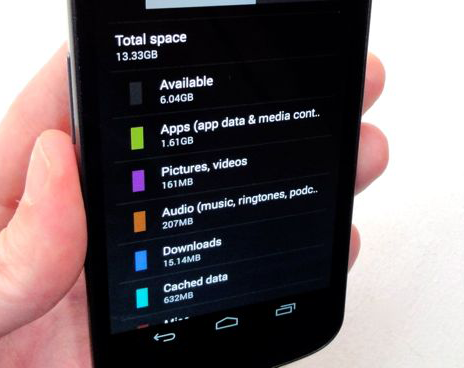 If the phone cannot connect to WiFi or 3G/4G, you need to turn on flight mode for about a minute, and then turn it off again. This is considered the proper solution for such problems.

In addition, keep in mind that a simple reboot can solve this kind of issues too.

Bluetooth is considered to be the most insecure file transfer protocol, and you need to enable it only when you use it.

What to keep in mind

Interference from devices such as wireless speakers and microwaves are the main reasons that could prevent it from operating. Another reason might be the distance of the coupling devices. In addition, bluetooth connectivity will not be achieved if the receiving mobile device has the invisibility feature turned on.

Many users experience difficulties sometimes when trying to synchronize their data with Google’s servers. Of course, iPhone users have experienced the same problems sometimes as well. 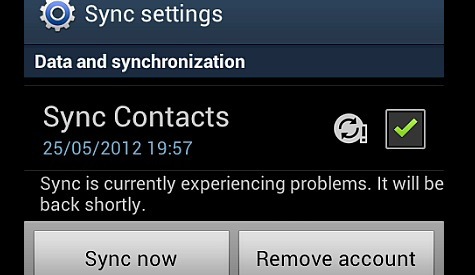 If the problem is persistent and not temporary, you need to follow turn on flight mode for a minute or so, and then turn it back off. If this issue is not resolved, you might have to remove your account from the device and then add it again. This will probably solve the issue.

You might be unable to visit Google Play at times. For example, even though you have an active internet connection, you might receive a message that you cannot connect to the store or download apps. 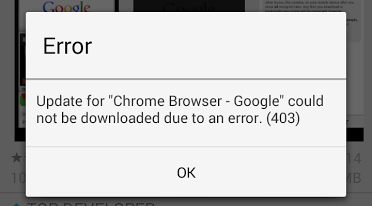 In such case, you should navigate to the app’s settings and clear the local search history, and then restart the device. If the problem persists, then you need to remove your account from the device then add it again. 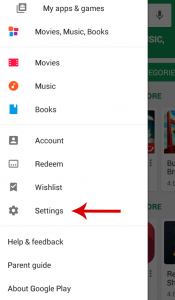 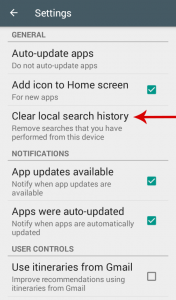 Note that you won’t be able to download and install apps if you don’t have enough free space in the device, so make sure that you check that as well.

MicroSD card is not working

There are many types of microSD cards in the market. However, some cards may not be compatible with your device. This may be due to a manufacturer’s configuration that disables the ability to transfer non-multimedia files.

But, a more common problem with microSD cards is physical damage, which is easy to occur due to their small size. This means that the solution is replacing it with another one.

What to look for when purchasing a MicroSD card

Most mobile devices support the two basic types of cards: SDHCs, which are the oldest, and SDXCs which have a large capacity and belong to the new generation. These two types come in different capacities, speeds and other properties, so it's essential to check in your device’s manual (or by doing a quick online search) the specifications of your manufacturer regarding memory cards, before proceeding into purchasing a card.

Computer does not recognize the device

One of the most common issues in smartphones occurs when connecting them for the first time to a computer via USB. Sometimes, the computer may not recognize it.

What you need to do

Newer operating systems, such as Windows 10, automatically install the required drivers. However, if this is not done automatically, you will have to install them manually. You can do this by navigating to the Device Manager in Windows, and (while the device is connected to the computer) by right-clicking on the device, select "Update driver".

For iOS devices, the drivers will be installed automatically through the mandatory installation of iTunes. You will be asked to install iTunes when you first connect the iPhone or iPad to the computer for the first time.

In addition, another reason that a computer is unable to recognize with an Android smartphone might be because you do not have not USB debugging enabled. To enable it, go to the device’s Settings menu, and from the Developer options category enable USB Debugging. 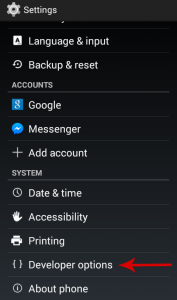 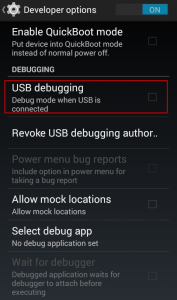 Screen is not responding

This is a common problem in smartphone device, and a cause of panic among novice users. Usually, the solution lies in a device reboot, either by using the device’s buttons or by removing the battery.

However, if the device fell into water or was physically damaged, then the problem is probably much worse, and the solution, which is a repair or replacement of the screen, can cost quite a lot. 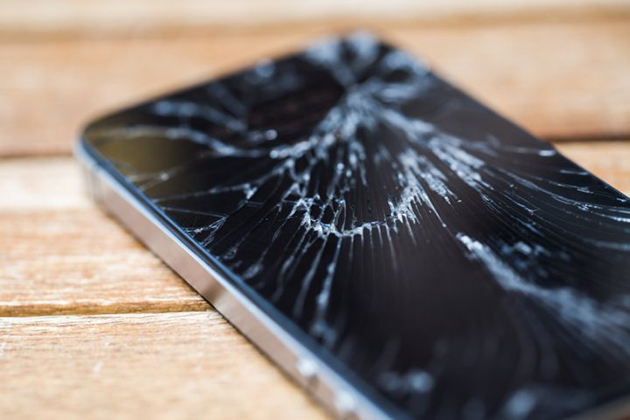 So, as you can see, there are plenty of problems that can arise in regard to your smartphone device, and while in some cases they can be easily solved, there are times when you just have to accept the fact that you have to live with situations that are not exactly enjoyable, until you decide to purchase a new device. Or just get a Nokia 3310 (the original).