Home
Articles
All Methods For Creating Backups In Your Android Device

All Methods For Creating Backups In Your Android Device

One of the most important actions for all devices is creating backups. You never know when things will go wrong, and in no way want to lose your valuable data. Here are all the methods you can use for making backups on Android.

Creating backups from within the device

It is true that nowadays there are more backup methods on Android than a few years ago. One of the main methods for creating backups on Android is performed directly within your smartphone.

With the manufacturer’s assistance

All Android devices come with their own backup service provided by the device’s manufacturer. For example, by creating a Samsung account, you will be offered to create a backup of the device. A similar case is with LG, as well as several other manufacturers.

Creating backups on Android with Google

Google provides automatic backups for the most important data of your device, such as contacts, photos, calendar, and our settings.

The actions required for this are simple. The first simple step is to make sure that the built-in feature for creating backups on Android is enabled.

Navigate to Settings -> Backup, and make sure that the Back up my data and the Automatic restore options are enabled. 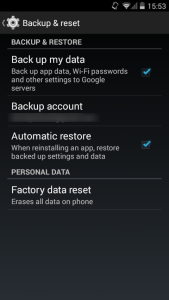 Google synchronization feature is an automatic online backup function on Android. Your data is securely stored on Google's servers, and are downloaded afterwards to all your devices.

All you need to do is to add (if you have not done so already) your Google account from the Account settings. Then you only have to select the device’s data that you want to sync. It is recommended that you choose everything. 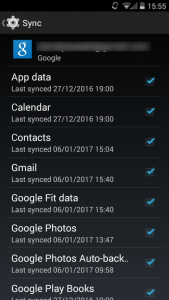 Photos are possibly the most important data in the device. They are irreplaceable, and their users certainly don’t want them to be lost.

There are several different ways to create backups of your photos. Most use online cloud services such as OneDrive, Dropbox, and Flickr. But in Google’s OS, it’s no doubt that Google Photos does the best job.

Google Photos allows you to automatically store all photos and videos you capture. The backup process begins once your device connects to the internet. Google’s of excellent app allows you to make backups of your photos in either Standard quality without storage space limitations, or full quality, with 15GB storage space. 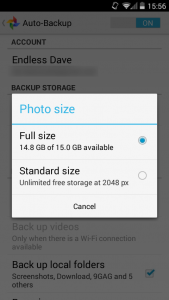 For many users, SMS text messages and call logs are important data, and here is how they can be backed up so that you never lose them.

For this purpose, the free app SMS Backup & Restore is the ideal choice.

This small application creates quickly and efficiently backups of all SMS messages and the entire call log. These important data can be either stored in Google Drive, Dropbox, or in a local location. Restoring the backups is just as easy. 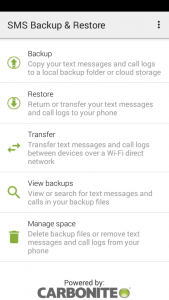 SMS Backup & Restore is extremely useful when buying a new smartphone and want to transfer your text messages and call logs from the old device to the new one.

Many of the applications you have in your device contain valuable data that you definitely don’t want to lose. Moreover, if you have to restore your device to factory settings, or if you buy a new device, you can install your favorite apps with just one procedure.

App Backup Restore Transfer is a free app that allows you to create Android backups of anything related to the applications that you have in your device. It is extremely easy to create backups and store them to Google Drive, and it’s just as easy retrieving and restoring them. 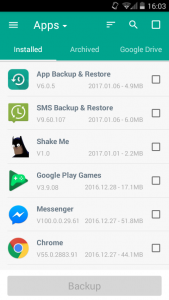 One of the most useful features of App Backup Restore Transfer is its ability to create an automatic backup of the current version of an app that you have before proceeding into updating it. This way, you can restore the previous version of the app if the updated version has issues or you simply don’t like it.

If you frequently connect your Android device with your computer, then you can create backups of your device’s data from there.

You can transfer all valuable files located in your Android device, such as music, photos, videos, and documents, to your computer. First, you have to connect the device to the computer via a USB cable. In Windows, the Android device will be displayed as an external disk. 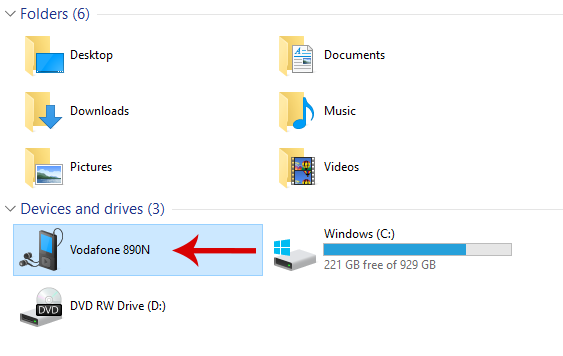 Then, you just have to find the respective folders containing your files, and copy them to the computer.

Mac OS users will need to install Android File Transfer. It is a great application that quickly recognizes the Android device. 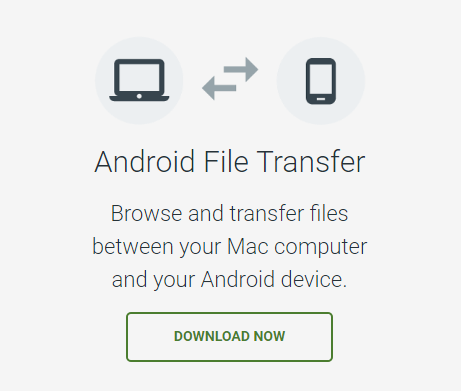 Apart from transferring files manually to your computer using a USB cable, you can do the same, but remotely.

The best way to do that is by using an app like AirDroid, which connects to your device remotely and gives you complete access to it and its data. 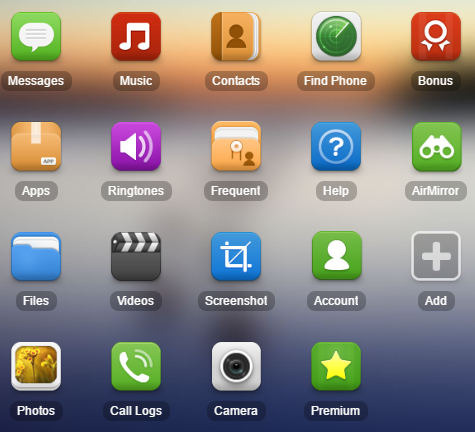 You can read an in-depth guide about AirDroid in the article below:

How to Manage your Android Device from the Internet with AirDroid

Most Android device manufacturers also provide special PC suites for managing their devices, which include backup tools as well.

The Korean tech giant provides Samsung Smart Switch, which replaced the heavy and slow Samsung Kies 3. This is a very easy to use and lightweight PC suite that makes excellent Android backups. 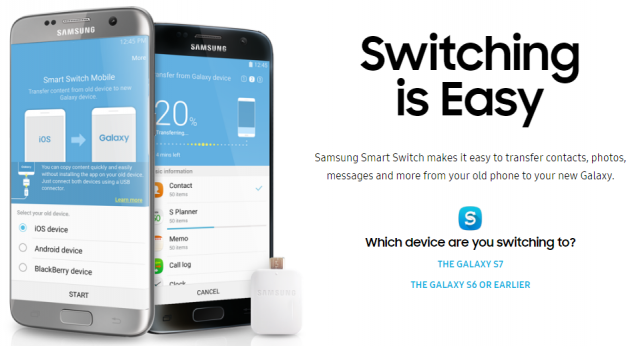 Samsung Smart Switch allows you to also encrypt the backups that you make.

The LG PC suite allows you to create backups either locally via cable, or remotely. It runs under Windows and Mac.

Sony has its own app for all Xperia devices, from where you can create backups. Sony Xperia Companion runs under Windows and Mac. 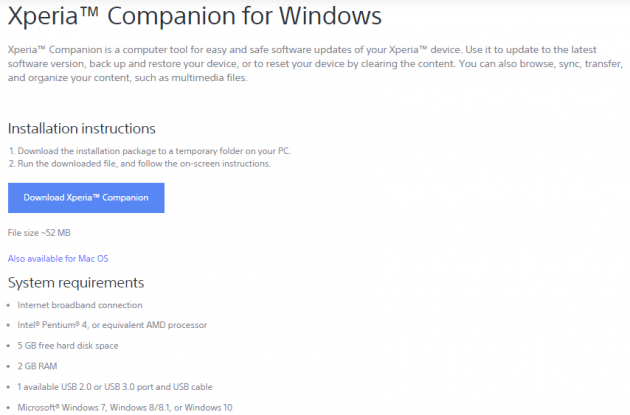 Last year, Xiaomi presented its own PC suite for creating backups of its Android devices.

The Taiwanese company has its own tool for managing its devices, called HTC Sync Manager. However, support for it was discontinued after August 31, 2016. 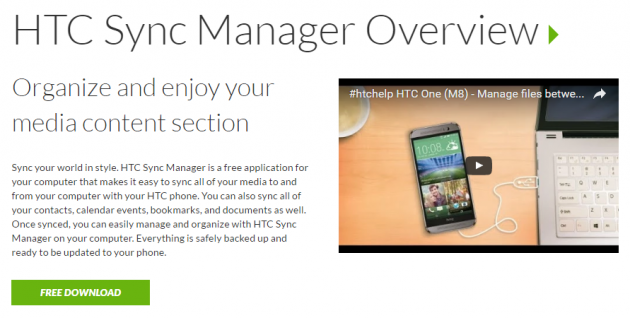 Motorola also has a tool for managing Android devices from the computer. Motorola's software runs on Windows and Mac. 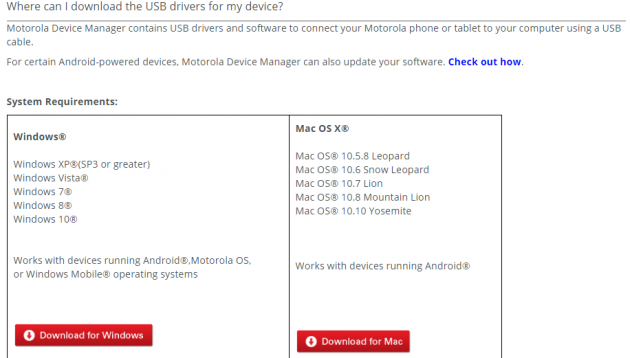 Huawei provides a complete PC suite for managing its own Android devices via PC and creating backups.

It is true that, in the past, rooted Android devices allowed for more options when it came to creating complete backups. However, as time passed, you don’t really have to root your device to create a complete backup on Android. Moreover, rooting the device does not prevent you from using any of the methods described above.

Those, however, looking for something more advanced, can take a look at the following application.

Titanium Backup is undoubtedly the best app for creating complete and advanced backups on Android devices. As it was mentioned above, to use this app it is necessary that your device is rooted.

The free version of the application allows you to create backups and restore automatically all data. 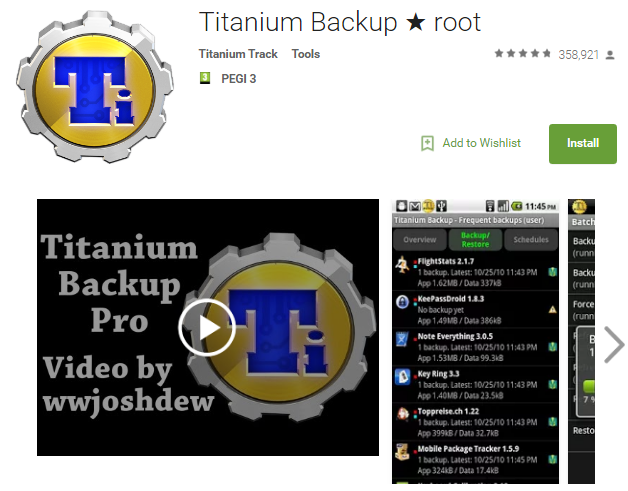 The Premium version adds a number of powerful features, such as creating scheduled selective backups and storing them in the cloud. This feature creates automatic backups that include only data of apps that have changed since last backup.

Definitely, Titanium Backup is the first choice for users who with rooted devices and custom ROMs.

How do you backup your Android device?

No one really wants to lose his device’s data. Are you prepared to deal with a situation like that? How do you create backups of your Android device? Let us know by posting in the comments section below!