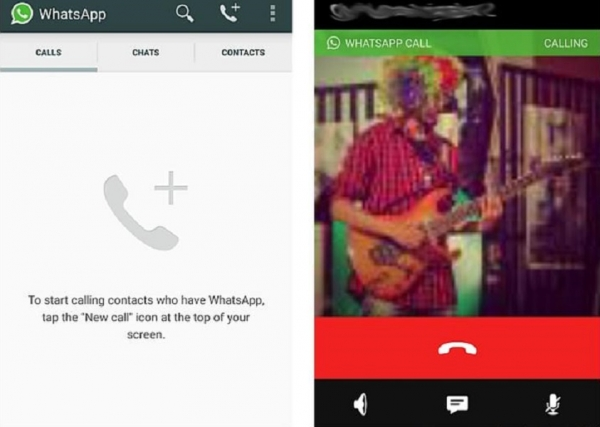 The ability to place voice calls has been a feature that users of WhatsApp have been wanting for a while now. Other communication packages like Skype have been able to provide voice and video calling capabilities for years already so WhatsApp is playing some catch up here. The move may have been partly spurred on by the large base of users using the alternative independent WhatsApp Plus software which adds features not currently available with the original WhatsApp software app.

Invitation Only Testing in India

Due to the extensive use of WhatsApp within Indian shores the new voice calling feature is not rolled out to all users but is only available by invitation.

The way that works is another user that already has voice calling enabled would need to either call them up or send an invite to them. In this way, once one friend has the feature running on their device they could theoretically get all their friends using it during the testing phase of the service.

Early reports from the user “pradnesh07” on Reddit was that only the latest WhatsApp version combined with Android 5.0 Lollipop would enable the voice calling feature; the voice calling user in India owns a Nexus 5 device.

Screen shots indicate a new tab is present for Calls next to tabs for Chats and Contacts when voice calling is enabled in WhatsApp.

WhatsApp recently exceeded the internal benchmark of having over 1 million active users in a given month. However, the company is not slowing down and continues to develop out new features to an eager user base. The most recent of these was the ability to now use WhatsApp on the desktop instead of only in mobile environments. Most recently the WhatsApp Web feature added web access for users to connect through their web browser instead of only with the WhatsApp app.

WhatsApp is mostly cross-platform with apps available for Android, BlackBerry, Windows Phone and the Nokia S60. Apple's iOS is the only notable exception although web browser users can load up Safari and access WhatsApp Web from any desktop or mobile device now too.

Companies like Viber already have voice and video calling features and can derive additional revenues from charging for international calls. Hike Messenger is another popular cross-platform voice calling app, as clearly Skype from Microsoft is as well.

The voice calling feature is popular with Indians but usually requires a fairly quick internet connection to work well which is difficult to obtain in India. The telecommunications providers across the country are concerned that allowing voice calling here will put them out of business. Some of these telcos are even trying to get a slice of any revenues derived from mobile apps that offer voice calling capabilities. Airtel India recently confirmed that it would charge users who were found to use their internet services to make voice calls via a mobile app, but later backed down when the move triggered consternation in some corners.