Home
Articles
Mozilla Rocked: The Story Behind Why A Popular Technologist Resigned After Only 9-Days As CEO

Mozilla Rocked: The Story Behind Why A Popular Technologist Resigned After Only 9-Days As CEO 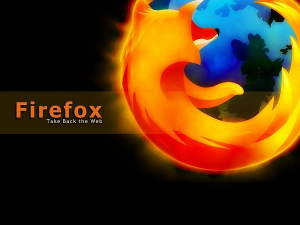 The events of March and April were tumultuous at Mozilla. A much loved co-founder, Brendan Eich, had risen to the point of being nominated as CEO of Mozilla but yet just 9 days later was forced to resign and leave Mozilla entirely after being with the firm for 16 years.

Mozilla has a culture of being open source, inclusionary and accepting of everyone. This meant that employees loved to work with Mozilla, found their mission inspiring and the latest push to create the Firefox OS on mobile devices to be something to watch closely.

The trouble with this perfect vision begin when information surfaced about the anti-gay marriage stance of the new CEO, Eich. His views were already known, but when it came to light that he had made a political donation to Proposition 8 promoting a California bill not to support gay marriage rights, this created a new problem with more heat under it.

Ground Roots Action Against The CEO

A number of prominent technologists came out against the anti-gay marriage stance of the Mozilla CEO stating that it wasn't in keeping with the Mozilla foundations' edict of inclusion. Then certain groups began to suggest boycotting some Mozilla products like Firefox and the Mozilla board began to become concerned. In fact, as early as just 3 days into the tenure of the new CEO, one board member mooted the idea of asking the CEO to step down. So much for electing your new CEO and then backing them.

Unable To Lead Effectively Due To Reputational Issues

The firestorm continued with the new CEO unwilling to publicly change his views to appease follows of Mozilla. Ultimately, it became untenable to continue in his position and he resigned just 9 days after he became CEO, walking out of the company he was co-founder of 16 years ago. Since then he's been little seen or heard from, with only a few tweets being sent out and one public appearance at an industry trade show.

One interesting point that Eich did point out post-exit was that Mozilla has a policy of inclusion, which failed to include himself who had unpopular views. The point being that it seems to be inclusion only when it suits, which is no kind of inclusion at all.

There are several ways to look at the issue of personal and political views in technology management. Commentators objected to someone with what they felt was anti-gay rights views being at the helm of Mozilla. On the flip side, it could also be said that a minority have successfully pushed out a successful and widely respected executive for his personal views where no one can cite any examples of his views affecting his work performance.

Has the world become to P.C. now that no one can have personal views without some group of individuals using that to push them out of their job? If so, what kind of a world is that?


heard of that story, made me pretty mad. this is how you turn more people anti-gay, actually. Gay community is so aggressively intolerant to anyone sticking to traditional, straight lifestyle, they seem no longer promoting human rights, but violating them instead. This whole Mozilla story stinks, granting the company no good reputation.
< PREVIOUS ARTICLE
How to Add your Contact Information On the Android Lockscreen In Case You Lose It
NEXT ARTICLE >
Shared Endorsements or How to Opt Out of Google Using Your Profile Info in their Ads