As details of Windows 8 operating system surfaced online, Microsoft started its own investigation of where could the leak possibly take place.

As a result, Microsoft was caught “pants down” in the privacy scandal after it had to admit it was poking nose into a bloggers Hotmail inbox while pursuing an investigation of the software leak.

The company acknowledged it was reading the anonymous blogger’s emails trying to identify a suspect employee who leaked the Windows 8 OS release information. 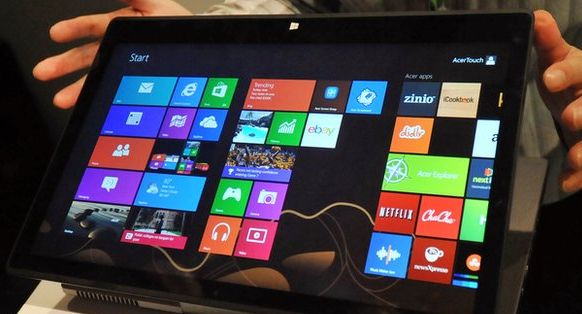 As you probably know, Hotmail belongs to Microsoft, and now bears the name of Outlook.com.

Deputy General Counsel for Microsoft, John Frank, said the company had to take “extraordinary actions in this case". Technically, the research was legal, and John Frank added the company would consult outside the general counsel in the future.

Microsoft’s snooping became evident last week as part of legal action by US prosecutors against an ex-employee of Microsoft, Alex Kibalko, a native Russian based in Microsoft’s Lebanon office.

Microsoft became aware that an anonymous blogger was leaking stolen code from the not released Windows 8 operating system in 2012.

The blogger has been posting screenshots of the yet-unreleased Windows OS on his blog, and in order to find the source of the leak the company has begun its own investigation. Snooping into the blogger’s accounts was part of this investigation to find out the employee’s name.

Legally, the action was legitimate since Microsoft’s terms of service clearly state the company reserves the right to access information in user accounts stored on its “communication services,” which include chat areas, forums, emails and other communication facilities.

If you read Microsoft’s terms of service carefully, you will also find “Microsoft reserves the right to review materials posted to the communication services and to remove any materials in its sole discretion.”

As legal as it is, revealed actions of the tech giant have given a new focus to the privacy violations by technology firms, leaving Microsoft in a difficult position, as it has often attacked its tech rival Google for scanning user emails to aggregate information relevant to advertising.

#news #windows #privacy #microsoft
Comments (0)
< PREVIOUS ARTICLE
What Strategies to use for Winning the Game 2048
NEXT ARTICLE >
Do you have Tech Questions for us? Or a News Tip you might want to share?