With the launch of the Grand S II in January, Chinese manufacturer ZTE has shown us once again that the beauty of Android resides in the complete freedom to innovate the hardware and software without taking any risks. I, for one, was swept off my feet by the Galaxy Note 3, the first device to take tablets one step further by incorporating 3 GB of RAM. But what if this manufacturer could push the envelope even further and come up with a 4GB smartphone? 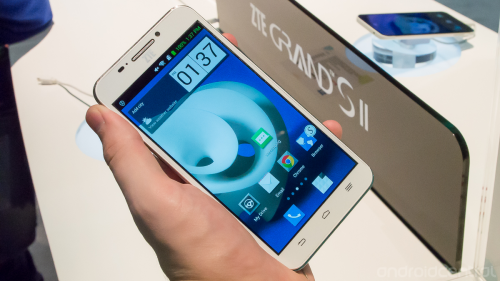 ZTE intends to add 4GB of RAM for its upcoming smartphone

When the ZTE Grand S II was introduced, everyone was impressed by the 5.5 inch display, 1080 x 1920 resolution, a 2.3 GHz quad core processor and 2 GB of RAM. Apparently, this wasn't enough for the Chinese phonemaker, as they applied for and recently received a TENAA certification for a new handset capable of sporting 4 GB of RAM. On a side note, TENAA is China’s version of the FCC, meaning a regulatory agency that oversees communication laws and technological innovations.

According to the sheet of specs posted on TENAA's website, the new smartphone’s features match earlier reports with one exception: ZTE’s new device will be equipped with a whopping 4 GB of RAM. If the rumors prove true, then ZTE will steal the spotlight from Samsung and their Grand S II will be the world's first smartphone with 4 GB of RAM. Take note that this is the maximum possible amount of RAM on 32-bit ARM chips. 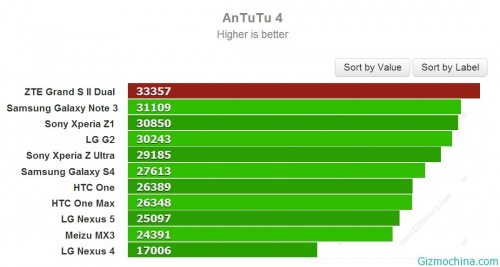 In addition to doubling the amount of RAM, ZTE intends to incorporate a 13 megapixel rear camera, 2 megapixel front camera, a 5.5 inch 1080 p display and a 2.3 GHz Snapdragon processor. Moreover, the new handset will include a 3,000 mAh battery and the latest version of Android KitKat. Considering that the current Grand S II has beaten Samsung Galaxy Note 3 in benchmark tests, ZTE’s new gadget will outshine all other Samsung, HTC, Sony and Apple handset available on the market.