Home
Articles
Is "Angry Birds Epic" as epic as it sounds?

Is "Angry Birds Epic" as epic as it sounds? 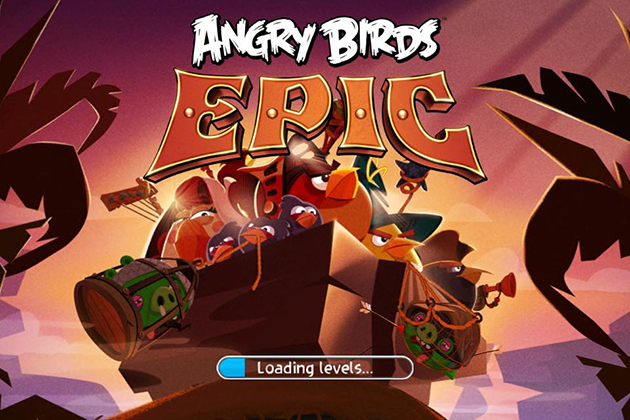 Recently I came across Angry Birds Epic (developed by Rovio Entertainment Ltd), and in all honestly I thought it was not worth my time as I (and many others), have grown tired of the same Angry Birds recipe. Yet, I decided to give it chance since I can’t deny that no matter how similar all versions look, they are pretty enjoyable for the most part. As a result, and based on past experience, I grabbed and installed Angry Birds Epic from the App Store. I can’t say that it’s one of the most important choices I made in my life, but I’m happy that I played this Angry Birds version as well.

The game takes a whole new approach on the franchise, delivering something completely different from the usual. The developers have taken our beloved birds and pigs and put them in another universe based on RPG games. The characters are given character classes, different enemies and of course weapons and armor that can be upgraded, just like a typical RPG does. As you can guess, the bad guys are once again the green pigs. The object of the game is to gather birds on your way and with their help, hunt the pigs across the kingdom to retrieve the eggs they have stolen from you. There are of course plenty of levels to keep you entertained. 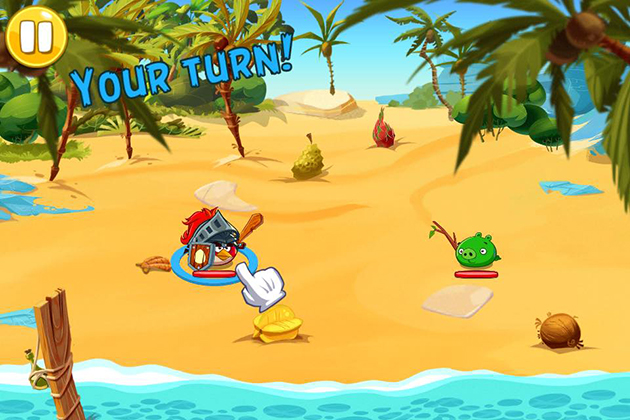 The arena is staged like this: the birds are positioned on the left side and the pigs on the right. You attack pigs the same was as you used to in the previous games- by drawing a line from one bird onto the targeted pig. Also, a tap on a bird adds a buff, and a rage chili charges with each hit received or dealt. You can check this at the bottom of the screen. When the rage chili is full, you drag it onto the bird of your choice and boost its power attack.

Furthermore, each type of bird has different abilities, and as I mentioned above you can collect numerous of them during your quest. There is for example Red (the knight bird), with the ability to deal heavy attacks, Chuck (the yellow bird) the wizard, bearing the ability to deal a lower-range attack that hits every pig in the arena, Matilda (the white bird), who acts as the healer of the team, and many others (e.g. Bomb). Both attacking and defensive power can be increased by leveling-up and by upgrading weapons and armor.

Depending on your score, after you complete a round you are given one/two/three based which you gather materials to upgrade your gear. In addition you can also get hold of potions, materials and coins from treasure chests that you find during the quest, and buy items for gear upgrades using silver or snoutling coins. 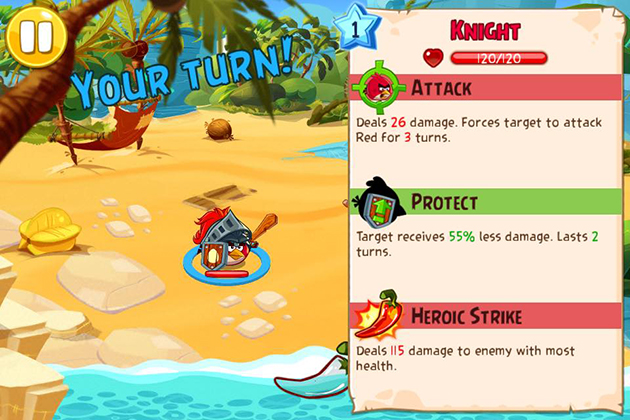 You can also acquire gold coins and gems. With the gold coins you can spin a slot machine and have the chance to win legendary items, as well as potions. Gems on the other hand can be used to buy extra spins on the wheel if you miss the materials you want.

Coins and gems can be purchased via the game's store, they’re quite expensive however; plus the materials that you’re going to use them for require a plentiful of coins as well. This will deduct points from the game, as it makes it difficult to upgrade. Another problem is that unlike the previous games, this one can only be played over an internet connection (no offline single-player mode). So, if for example you’re connected via Wi-Fi to a hotspot and you disconnect (it can happen for various reasons) then it’s game over for you. Unfortunately, the game crashes at times and this is especially frustrating if you are in the middle of an important quest due to the fact that the game resets your current progress.

All in all, the game is enjoyable and has many surprises in stock for the dedicated players and fans. As long as you don’t mind the flaws mentioned above you’ll certainly have a good time with it.

The game is available for both iOS and Android devices.