How to Speed Up Any Android Device in 5 Simple Steps 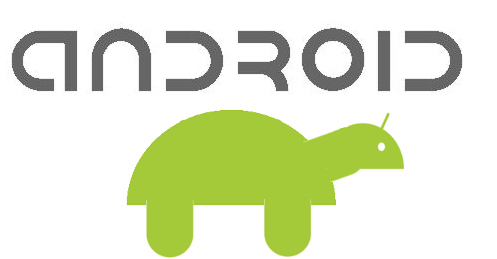 Most Android owners have experienced it before. You get a brand new Android smartphone or tablet and it runs great initially, only to clunker down to the speed of a touchscreen-equipped turtle after it has been in use for a while.

The Android operating system is particularly prone to sluggishness without maintenance because of the way app data is stored and accessed within the device memory. Every time you install or use an Android app you're adding more hidden clutter to the file system, which is why you start to see a telltale decline in performance marked by incredibly slow app loading and switching times.

We all know that deleting unwanted files can speed up a device of any kind, but beyond that, what are some of the steps that can be taken to return an Android device to its original operating capabilities?

Fortunately, speeding up an Android tablet or smartphone is even easier than cleaning and optimizing a PC, so anyone with a shred of technical proficiency should be able to use the following 5 steps to get their device running like new again without having to root the device or perform any other potentially complex procedures.

1. Use an App Cache Cleaner to Remove Junk Files 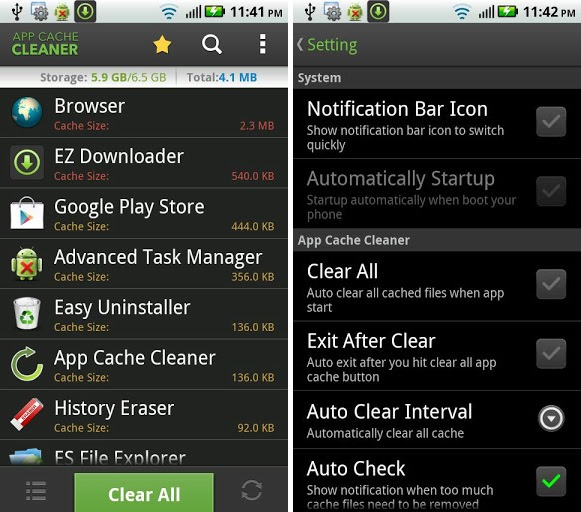 The biggest reason why your Android has slowed down is probably the amount of data being consumed by app caches.

Thus, the first step to a faster device is to clean the cache of every app. It is possible to do this manually for each app within the Apps section of the Settings menu, but doing so individually for every app on the phone could take a long time and would be quite tedious.

Therefore, we recommend using an app cache cleaner and junk file removal app. There are number of these available in the Play Store, including an Android version of CCleaner, one of the most the popular cleanup tools for the PC. In addition to CCleaner, you might want to check out these other cache cleaners as well:

Running any one of the apps above should work just fine, and after this first step alone you should see a noticeable difference in performance. There's really no need for us to walk you through how to use these apps, as most of them require only a few taps to clean the cache.Furthermore, you can save yourself the hassle of having to do this routinely by enabling the option to conduct cache cleaning at set intervals.

2. Use a Bulk Uninstaller to Do Some Spring Cleaning in the App Drawer 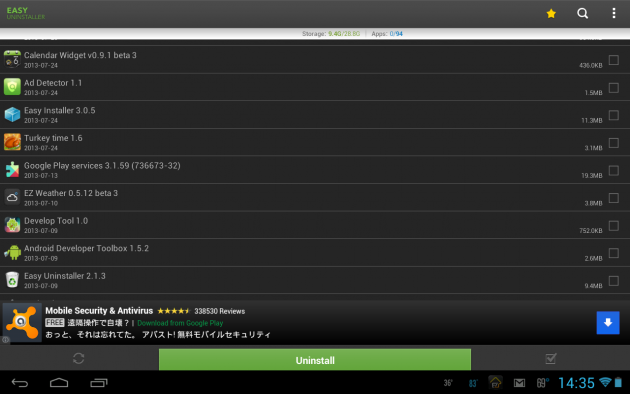 With the Google Play Store having so much to offer, it can be easy to get carried away and download dozens of apps in a single browsing session.

While downloading and installing an app is incredibly easy, uninstalling apps is a bit more time-consuming and less exciting, so it is fairly common for Android users to leave their app drawers looking more like used sock drawers. Luckily, you won't have to go through the hassle of uninstalling unwanted apps one-by-one if you use one of the following bulk uninstallers to speed up the process.

Once again, all of the uninstallers above pretty much do the same thing, so you don't have to be too picky. But just for the record, I prefer Easy Uninstaller, which is why it's listed first.

3. Clear the App Icons, Shortcuts and Widgets from Your Home Screens 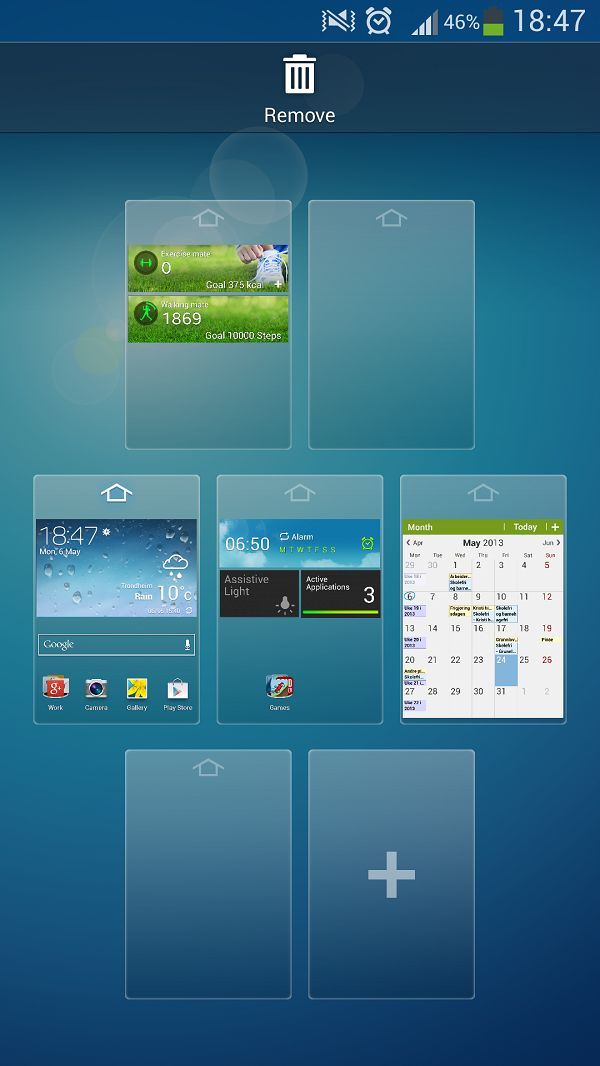 If you followed the step above to remove any unwanted apps, you shouldn't have many icons left to clear out. However, if you decided to keep a boatload of apps and their icons are cluttering your home screens, consider using the following tips to quickly remove the clutter from your screens without having to remove each app icon individually: 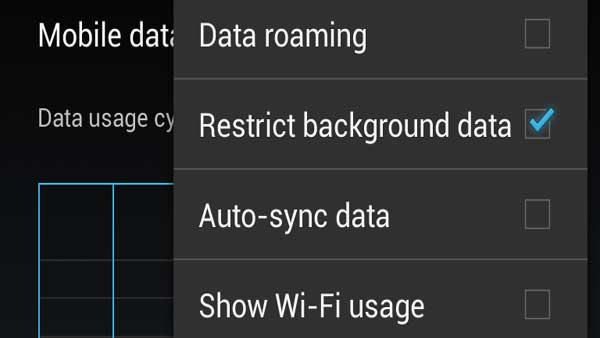 If you decide to keep most of your apps, that doesn't mean you're stuck with a slow device. You can reduce the device's workload significantly by preventing apps from syncing and transmitting data in the background.

For example, if you're running your Facebook, Yahoo Mail, Gmail, and various other messaging and social networking utilities, all of these apps need to communicate with the device every time a new status or message pops up, and this constant interaction can slow the device down. Thus, if you're carefully balancing system resources on your Android device and can't afford to delete a lot of apps or files, try following these simple steps to disable background data instead:

Okay now none of your apps will hog your precious internet bandwidth and system resources, but the downside is you won't receive instant alerts in the notification bar when something new happens (i.e. - a new message on Facebook wouldn't pop up until you actually open the app)

5. If Nothing Else Works, Perform a Factory Data Reset (Optional) 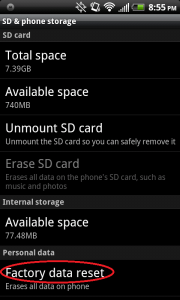 Finally, if none of the steps above worked to speed up your device, there's a good chance you've got some type of malware or something else going on that is not an easy fix. In such cases, we recommend backing up all data on the device and then performing a Factory Data Reset to restore the operating system to its original state.

Doing this is a guaranteed way to make any Android device run like new again, so if you don't have important files or apps on your smartphone or tablet, it might be easier to just skip the steps above and go straight to a factory reset using the following steps:

Some manufacturers pre-load their Android devices with backup and restore utilities, so it may be worthwhile to explore that option on your device to simplify the process of backing up data before performing the factory reset.