The world of communications has really opened up in the last few years with voice over IP text and voice chat being one of the newest ways to reduce the cost of mobile, national and international calls without necessarily suffering a significant loss of quality in the process.

As communication services from Skype to WeChat to Google Talk (which later morphed fully over to Google Hangouts) have shown, people are more than willing to use apps on their phones, tablets, PC or Mac in order to call up friends and message colleagues while reducing (or skipping altogether) the attendant cost of staying in touch. To do this, it was necessary to have an account with Skype, WeChat or Google, login and then get in contact. But with a new service from Mozilla integrated into Mozilla Firefox, not any more...

The Firefox Hello voice and video chat does not need an account at all. Users just share a callback link and then set things up. It is possible to create a Firefox account and then regular contacts can be set and a few other nice little extras but it is not necessary to do so.

A Little Benefit For Firefox Users 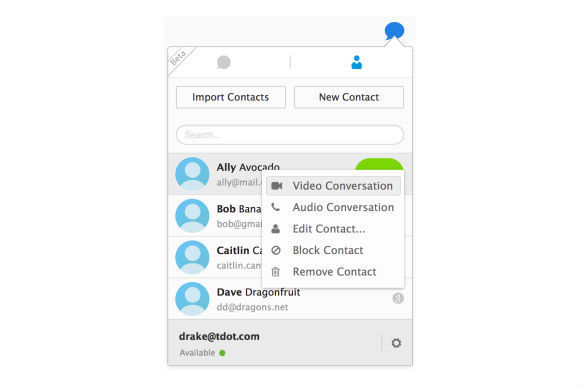 The Firefox Hello service has been release as part of the new Mozilla Firefox in December. Previously the voice service was being tested by Firefox users from September but they needed to be have a Firefox account and be logged into their server in order to use the service. In the full release, Firefox Hello no longer requires that.

Where Does Firefox Hello Come From?

The Hello service was not actually developed in-house at Mozilla. Actually it s a real-time communication option that uses WebRTC, build by TokBox with their OpenTok platform and powered by Spanish carrier Telefonica.

The Firefox Hello service does not need any extra software or plug-ins to be used by web users to place voice or video calls out. In fact, any web browser with WebRTC can access the TokBox technology and place a call. Firefox isn't specifically needed at all.